I still am on a bit of a high after that win last night. That, or I'm sleep deprived from staying up to watch TCU beat SHSU in controversial fashion in a game that would never end. Sports!

My, oh my, was that softball game a ride of emotions. I cannot even imagine what the girls were feeling last night. Dang, that was such an outstanding win!

Softball isn't the only team who showed up yesterday. Track and Field put ten more entries into the NCAA Championships for a school record of 18 total. Baylor speed kills, y'all!

It'll be a shorter DBR today as the links will do the talking for most of the things to know and I wrote a plethora of stuff, especially on softball, yesterday that is still applicable to today's events.

What hasn't been said? That was the greatest Baylor comeback I've ever witnessed (wasn't alive for the Miracle on the Brazos. Speaking of which, is there a video of that anywhere?). Here's the live reaction write-up that I wrote over the course of the game. I attempted to remain factual and unbiased and all that jazz, but the fandom slipped through at the end. Doesn't matter, because I loved how it turned out.

Baylor Twitter absolutely erupted and everything was awesome. There may or may not have been loud screaming in the Tennant house... Anyway, here's the official Baylor recap, the Crimson and Cream Machine one (Norman is mere minutes away from OKC, so they've been covering the WCWS all weekend), a photo gallery, the raw audio of the Baylor post-game (I would highly recommend listening to it), a WTH recap, and finally, another WTH article. If all that information doesn't adequately recapitulate the festivities for you, then I don't know what will.

The Lady Bears take on Florida at 12:00 on ESPN. Look for a Game Thread to go up shortly beforehand. And remember, a herd of water buffalo can tackle anything!

In all the hubbub surrounding softball, let us not lose sight of the fact that Track and Field put a record number of entries into the NCAA Championships! 20 student-athletes across 18 events will travel to Eugene, Oregon later this month to compete in the 2014 NCAA Outdoor Championships.

Baylor qualified four relay teams and thirteen individual entries over the course of the three-day NCAA West Preliminary Rounds. The 18 entries are the most Baylor has ever put into the Championships since the two-region qualifying format was established in 2010. Baylor's previous best was 16 entries in 2010.

Congratulations to all the Baylor athletes and see y'all June 11th in Eugene!

That's pretty outstanding news for the conference. The lone loss came from Kansas falling, 3-6, to Louisville in Louisville.

As you can see in the second Tweet, TCU and Sam Houston went 22 innings. Yes, you read that correctly. Read the Star-Telegram recap here or peruse the @FrogsOWar Twitter for a play-by-play of the madness.

There is a (are?) Baylor football camp(s?) happening either today or tomorrow. These things aren't really broadcast to the general public and I'm not a member on any of the subscription sites that cover them in-depth. Rest assured that should a commit happen, we here at ODB will keep you covered over in the Recruiting Thread. 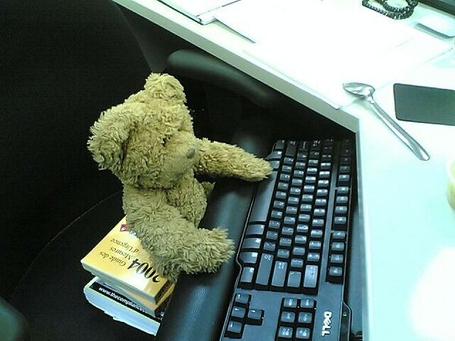 Me this weekend writing all of the things.