Grading the Bears after breaking the Wildcats' home-winning streak.

Today was a weird day.

With both the football and basketball teams playing at the same time, and myself trying to take notes, watch the games, tweet funny things, and do laundry, things got mixed up.

Notes involved Tevin Reese being the fastest down the court and Pierre Jackson running too much East and West.

I decided finally to focus on the live game that I wasn't recording, and watch the matchup at Rupp later in the afternoon.

I had some questions coming into this game. I actually had a whole article planned, but some family issues got in the way. I apologize for that

Can Archie Goodwin be a point guard?

Playing out of position, Archie Goodwin leads the Wildcats in shot attempts per game, and also turns the ball over about 3 times per game.

Can the Bears effectively counter the Cats' interior defense?

Nerlens Noel and Willie Cauley-Stein (who are both strong candidates for the 2013 SEC All-Name Team) are big and known to block shots. Will Cory Jefferson and Isaiah Austin be able to counter? Will Jackson and Walton be able finish inside? 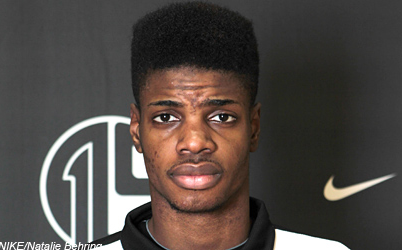 What Brady Heslip are we getting today? Coming off an appendectomy, Brady may or may not be a factor. Will he be able to continue creating his own offense or will he need other to provide open shots?

I was never a huge fan of running the zone exclusively, but it was most certainly a refreshing sight today. Kentucky is, in all honesty, not a gifted offensive team. Aside from Whiltjer, the Cats do not have a lot of perimeter shooting, which is something Scott Drew took advantage of early and often.

The zone morphed between a 2-1-2, 2-3, and 4-1, taking advantage of poor shooting and some offensive complacency from the Kentucky backcourt.

Defensively, I was very impressed with 80% of this game. We had a tendency to jump passes and take other risks that did not pay off, but I'd rather er on the side of aggressive.

Brady looked strong on defense. Somebody keep a count on how many times I say that this year, please.

Jefferson. Wow. We will talk more about him soon, but he has mastered what I thought would be key for him: timing of shot blocking. The guy has it now. Mr. Two Sleeves recorded a game-high 5 blocks, racking up more than Kentucky as a team combined. That's a lot for those of you keeping track at home.

Our interior defense is an anchor this year, as opposed to the past few when it has been a massive hole in the net.

Look, I can't really complain. We scored more points against a Kentucky squad lead by a defensive minded coach. For the most part, the guards penetrated well, neutralized the Kentucky bigs, and got us to the foul line. We recorded only 9 assists, but countered that with big shots to answer Wildcat momentum.

I will say though, I am officially irritated with the amount of turnovers we commit as a team. This doesn't necessarily fall all on one player, but feels more like a youth issue. Which would be understandable if we were a supremely young team. Let's cover this on a more player-by-player basis, but nobody should be content with the team coughing it up a collective 19 times.

We will go from least to most minutes played.

The kid can play, but he is having the most trouble adjusting to the speed of the college game. I love the aggressive play style, but not ready for the big lights just yet. Did not see enough action to grade, but did have the right idea on a missed lob to Cory Jefferson.

I pegged these two to have a major impact on what the Bears wanted to do this season. Unfortunately, I still don't see where they fit in.

Duece is a great defender and has shown as much. The issue lies on the offensive side of the ball. Bouncy Bello can't stay on the court if he remains this big of an offensive liability. He seems to be stuck in a high school state of mind, in which he can out-athlete anybody on the court. I'm glad I'm not the coach, because I don't see how DB gets more minutes.

Gare Bear didn't see enough action to grade. Although I will still give him an A+ for switching shoes with Pierre Jackson at halftime. Tracy McGrady All-Star edition. Shoe game: A+

Put it on the board: I have a man crush on Uncle Rico Gathers.

This guy does everything that a basketball team DESPERATELY needs, and he does it well.

Rico's value does not show up in the stat sheet. However, if you break down the game, it is covered in his finger prints.

I'm still looking at the box score thinking, "That's it?" Cory Jefferson may have had the loudest and most impactful 10 points, 5 reb, 5 blk game in the history of basketball. Every big defensive play or basket seemed to involve Jefferson.

I called Jefferson making the leap this year, and if Pierre didn't get so much love from the media, we might be talking about 2Sleeves for MVP. 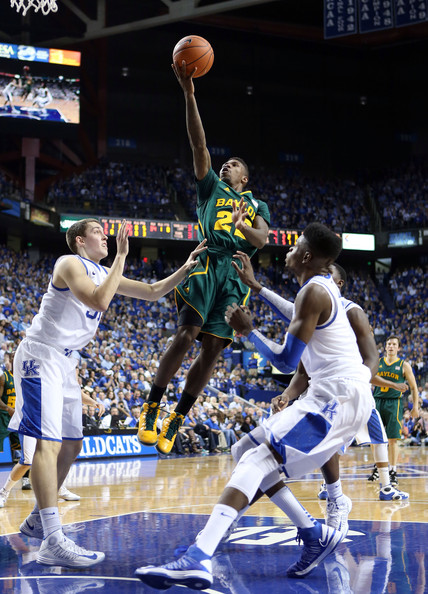 A.J. is very possibly the most polarizing figure on this team. I happen to fall on the "like" team.

Look, A.J. has regressed, for some "Aliens" like reason, in the realms of shooting and scoring, but he has really come to be a stabalizing yang to the yin of Pierre Jackson. Solid ball handling, passing, and great defense.

Not to mention a massive 7 rebounds tonight (albeit, most coming off long shots). Typical A.J. Walton game, which is a welcome thing in my eyes.

Looked much better than I expected coming off major abdominal surgery (appendectomy). Defensively solid, just a below average shooting night for what we have come to expect. Wasn't hesitant

There is no name more frustrating to type in the history of names or typing than Isaiah. Two a's? Don't mess with me like that.

I'm fear that I am watching a self-fulfilling prophecy turning into reality. Austin seems to be morphing into a perimeter player a la Perry Jones III. I really need to see more back to the basket opportunities, or at least face-up moves closer to the basket. I can't deal with 1-5 from 3 point land much longer.

Remember, ISAIAH, you have something a lot of us don't: 7 feet of height and rec specs. Use them appropriately.

One of my good Baylor buddies has taken to not-so-affectionately calling Mr. Jackson "Pee Pee", namely because it starts with the letter "p" and also because my friend is not that intelligent when making fun of people.

The arguments in defense of Mr. Jackson are pretty solid. 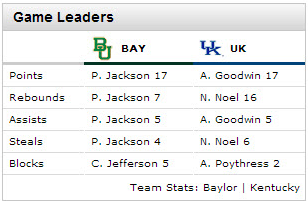 See that? That's a graphic of team leaders in statistical categories. Pierre, a point guard, is listed 4 times.

That's huge no matter what way you slice it.

My buddy will point to 7 turnovers. True. That's not good. BUt I can live with them if I get the 5 assists and get 4 of the turnovers back from steals.

The main argument against? He can shoot you out of a game. We have seen this before, and the 5-17 performance from the field doesn't help Jackson's case.

The issue is that a player like Pierre is what Bill Simmons likes to call a 90/10 player. 90% of the stuff this guy does for your team (see: Pierre Jackson, Russell Westbrook) is great. But you will have to deal and live with the horrific remaining 10% (7 turnovers, bad shot decisions, changing into uglier shoes at halftime).

The bottom line is that we got a win tonight, so I will go easy. Had I written an article post-Colorado or post-College of Charleston, I might have had an extra 1000 words.

I feel we played a great game, I really do. But for some reason, my instinct tells me I shouldn't be burning couches tonight.

A) I'm a relatively poor newlywed that can't afford to replace a couch.

B) I don't feel we got Kentucky's best shot.

I can't tell you definitively what the root causality was, but when a team shoots 21-71 from the field and 4-22 from 3 pt range, I have to believe that isn't a good game for that team.

Kentucky has more offensive talent than that, and I don't know why it didn't show up today.

They just aren't. It is massively difficult to replace a Michael Kidd-Gilchrest and a Unibrow of that thickness. They have the defensive talent, but are playing with no true PG in the starting 5, no consistent outside threats, and no interior scoring that can be relied on. Top 25? Absolutely and twice on Sundays, but not a top-10 team and not a contender.

The environment cannot be ignored. Baylor did not seem rattled by Rupp Arena, which is worth noting independent of common writing tools known as transition sentences.

Baylor will have to play better to go deep this March, but I feel this is a massive step in the right direction.

The Bears get a few days off until Tuesday when Northwestern comes to Waco for a showdown aired on ESPN2 (8:00pm CST).