Geno Auriemma is a creepy McCreeperson that is probably creeping on you right now.

If you follow me on twitter, you probably saw me retweet the picture of UConn coach Geno Auriemma patting Kim Mulkey on the butt last night. If you didn't, I retweeted it during the second half when we were taking control of the game, so I'll excuse your lack of attention.

Share All sharing options for: Geno Auriemma is a creepy McCreeperson that is probably creeping on you right now.

* The title is just kidding. But before you go on, take a minute to look at Geno's face in that picture above. Now look at his assistant coach standing behind him on his right. Now back at Geno. Then at Mulkey. What in the world...

At the time, I think most wrote the story off as "well, that's strange" and didn't really think much of it. I'm not saying Mulkey was asking to be patted on the butt, but she was wearing leather pants and didn't seem upset by it. It was just one of those weird things that happens and nobody really cares much about because it's not a big deal. Or at least it doesn't seem like a big deal.

Who could have known that the truth of the situation was as weird as it turned out to be? According to Auriemma:

"She was staring at my butt and she was commenting on it and I said, ‘Really? How about yours?’ and she went, `Yeah, look at it,’ and I went (slap), I’ll teach you a lesson,’’ Auriemma said, jokingly. `And then she started talking about how she only dated Italians her whole life and that she wanted me to set her up with some Italians and I said `The Italians I send to see you aren’t going to date you.’ We’ve had a long and great relationship since, gosh, she was an assistant at Louisiana Tech. It goes back a long ways.

So we've gone from playful, somewhat inexplicable pre-game horseplay to ... aggressive, racially-tinged foreplay? I honestly don't have words for what I'm thinking right now, so I'll leave it to Mr. Chan. 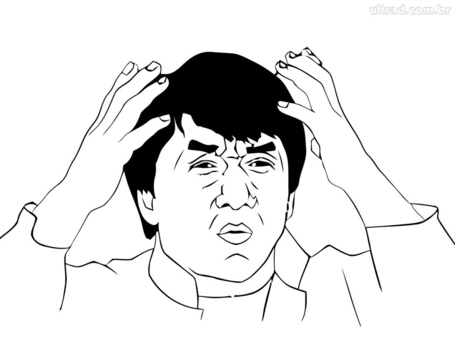 That about sums it up.