Baylor closes out the regular season on Saturday morning with the 2021 BU-TT Bowl.

Let’s Talk About The Weather.

I don’t normally call this out separately, but I noticed that per Wunderground.com, the forecast for Saturday has showers possibly starting around 1 PM but more likely around 3 PM. It should be cloudy with light winds all morning and won’t get over 58 during this game. That could put a damper on the crowd and tailgating, but we will see.

Duh, it’s the last home game of the season. That’s always Senior Day, right? Well this one is special if only for one player (among many): Jalen Pitre, The One Who Stayed. I haven’t looked at it to see if the recent Jim Thorpe Award Finalist could stick around for another year, but he’s already confirmed to be going to the Senior Bowl, so that’s pretty definitive. Go if you can if only to honor guys like Pitre, Bernard, and Smith on Senior Day.

Tech’s depth chart shows Donovan Smith (horrible against OSU) as the starter at QB with Henry Colombi and Behren Morton with the disjunctive OR listing, but I have no way of knowing whether any of this is true. I’ll be dead honest and say I haven’t paid much attention to Tech’s roster or depth chart this season, so I don’t know who is playing or not versus what you might otherwise expect. I’m going to work on this.

Again, this is not based on any inside information whatsoever. My reasoning is more based off of how long recovery from hamstring injuries typically takes for other players, the fact that we are 14.5-point favorites in this game (meaning, with all due respect to Tech, you may not want to risk him if you can get him back for the Big 12 Championship, should Baylor make it), and the lack of positive information Tuesday. Not that I expected we would get any, we just didn’t. 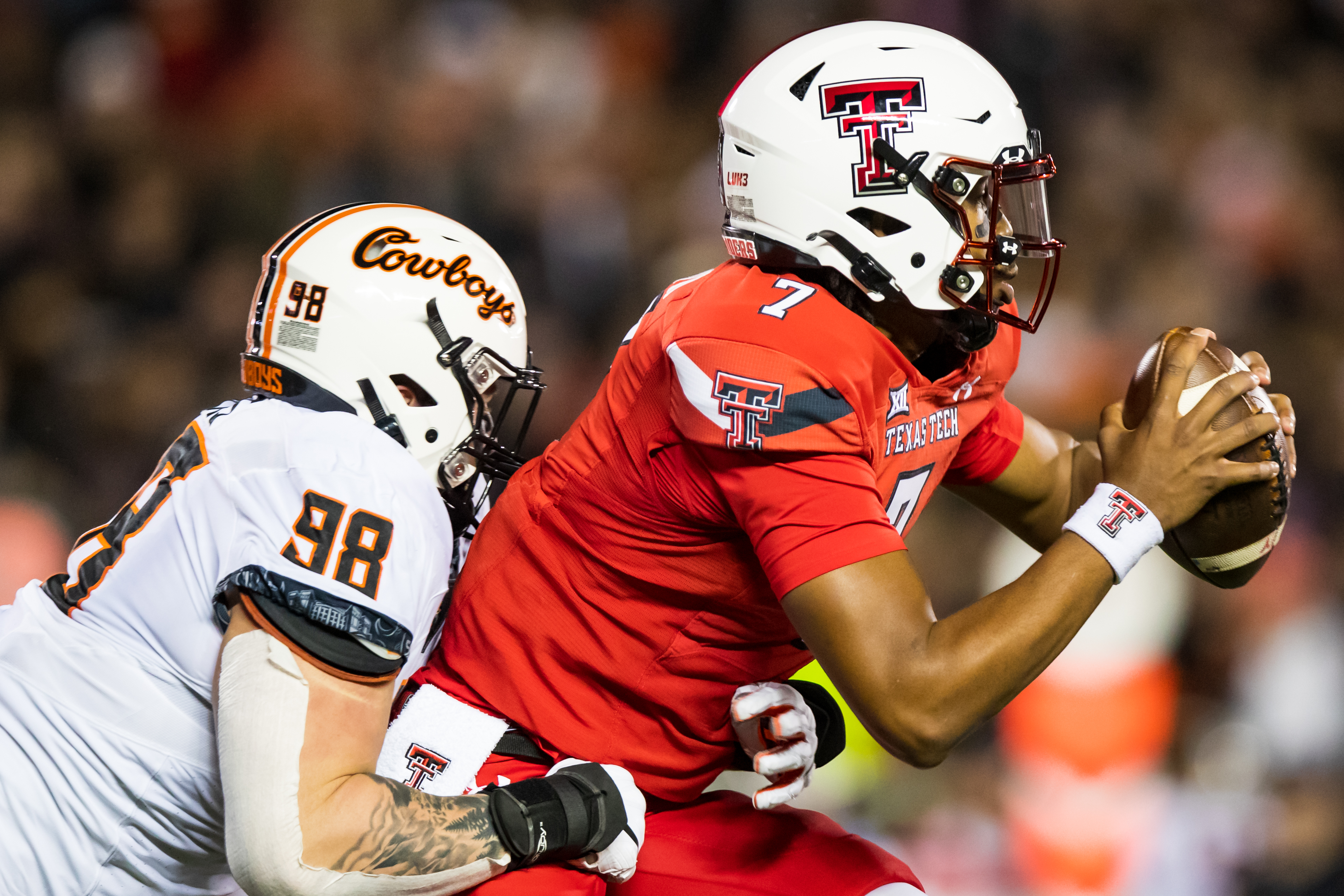 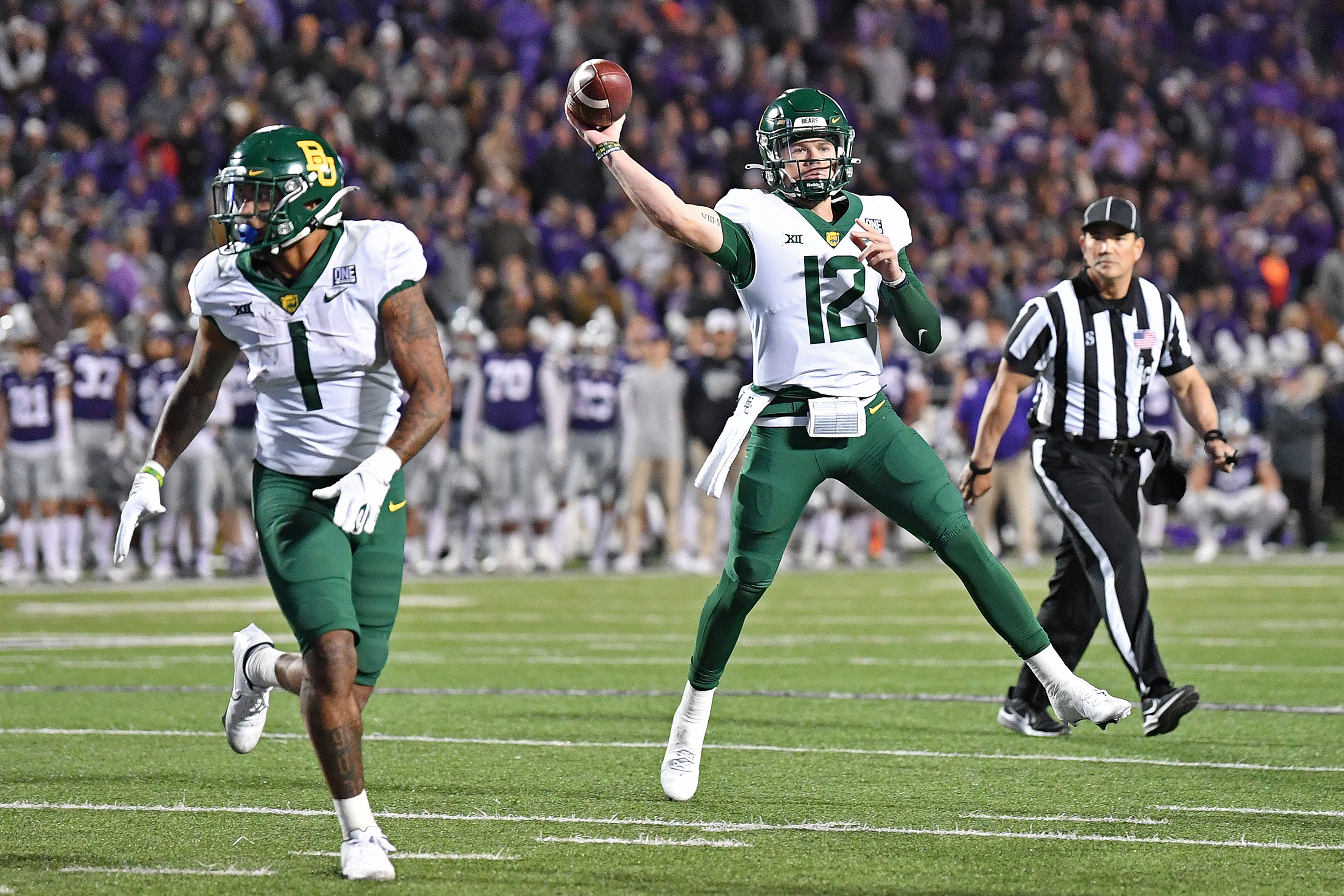 How Did We Get Here?

That TCU game. I know college kids are college kids, and weird stuff happens in rivalry games. Still, that game is going to stick with me for a long time. Maybe we can find solace in it being the wake-up call that led to domination of OU and KSU. Maybe.

Texas Tech fired their coach so he wouldn’t make a bowl and potentially save his job, and then they went ahead and made a bowl anyway without him. I just find this funny. And it makes perfect sense in retrospect—I don’t know how you can look at the change from Wells to McGuire and not see a tremendous upgrade. I don’t think it’s what Tech intended when they made the move to fire Wells—I think they wanted Traylor from UTSA—but McGuire has really fired up their fanbase and created a lot of excitement out there. He’s also recruiting really well so far, as you would expect.

But it’s funny and prescient that they saw this might happen and made the right call to keep from having to fire a coach that might have finished 6-6 in year 3. But it’s also possible they’re actually better without him than with him, and if he’d stayed, this wouldn’t have happened. Regardless, they did well for themselves.

I’m going to need to check on this because it doesn’t seem like Baylor should have fallen from 12th to 15th in F+ from last week to this week. We went up in FEI (as shown below) but apparently went down in SP+? That doesn’t sound right based on what actually happened, but such are the vagaries of advanced statistics.

If you watched the Tech-OSU game last week, you would wonder if the Red Raiders understand the concept of offense. But if you look at FEI, it’s their defense that is just abysmal. Tech’s biggest problems are in drive efficiency, available yards, points per drive, and points per play. Other than that...

Including because I saw it on Twitter earlier, and all credit goes to the author. I thought people might want to look into it here.

That’s all for now. Have a great Wednesday, everyone!