The Powers that Be in Baylor Football decided now is the time for the first official look at the 2014-2015 Baylor Bears.

Before we get into it, I want to point out that this Depth Chart includes players who didn't participate for whatever reason in the 2014 spring practices.  That means it has Bryce Hager, Spencer Drango, Samuel Ukwuachu, etc. etc.  Let's jump right into it. 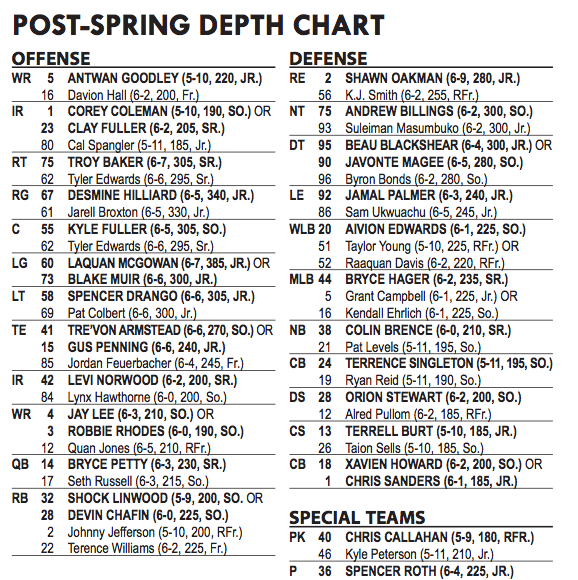 I'm actually pretty proud, looking back now at the Way Too Early Depth Charts I did the first week of January, that we were mostly right in what we suspected might happen.  The Depth Chart above shows exactly what we thought we might have: a heavily junior-laden team sprinkled with senior starters (8 either starting or in an OR situation) and a ton of returning talent.

A few things stand out to me that I'm curious about going forward, and I'll just list them in bullet point form: