Another week, another program high for the Baylor Bears in the BCS rankings. At this point, all that stands between Baylor and the National Championship game is a loss by Alabama/FSU and time.

Once again, your Bears, winners over the Texas Tech Red Raiders last night in a blowout at AT&T Stadium, were also the recipients of a fortutious loss ahead when the USC Trojans blew out the candle on national championship hopes for the 2013 Stanford Cardinal.  Now with two losses on the season, the Cardinal have fallen back in the BCS rankings, giving up their #4 spot from last week to your favorite green and gold-clad ursines. 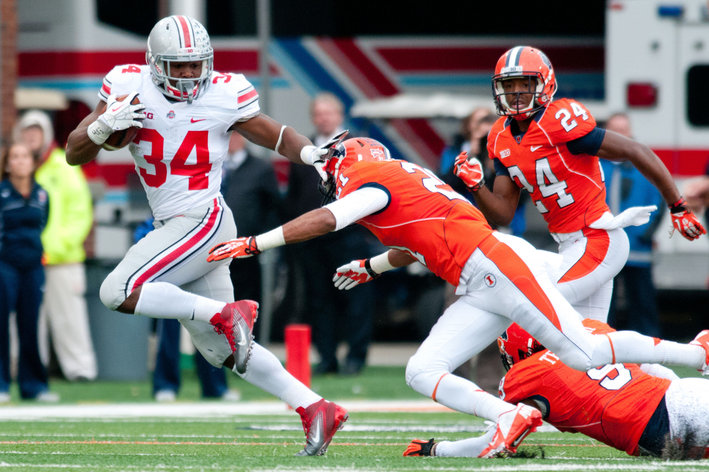 The updated BCS rankings for Week 13

In other good news, the relatively lackluster performance put up by Ohio State's defense against the Illinois Fighting Illini yesterday paved the way for Baylor to gain a few all-important votes in both the Coaches and Harris Polls.  Baylor now has a legitimate chance once again to pass Ohio State without a loss, putting us in the driver's seat should something crazy happen in, say, the Iron Bowl between Alabama and the Auburn Tigers.  I'm not confident enough in our computer rankings to predict that we will pass tOSU this coming week with a win over the #10-ranked Oklahoma St. Cowboys, but I will say that it appears to be only a matter of time at this point.  Albert Breer will probably burn down twitter when that comes to fruition.

As always, the remaining schedules for each of the top 4 teams in this week's BCS.  Notice I'm posting fewer each week?  That's because we're getting closer. Of course, the only way any of this matters is if Baylor takes care of business on Saturday, which is far from a given.  I'm definitely not taking that game for granted.

Of the remaining set schedules, two games predominate as far as the BCS rankings go: Baylor vs. Oklahoma State this weekend and Alabama vs. #6 Auburn on November 30.  Of course, all three of the other teams have conference championship games to play after these schedules end with Alabama potentially getting #8 Missouri, FSU maybe getting Duke (or someone else, who knows), and tOSU probably pulling Michigan State.  There's no telling how any of those games go, though FSU will probably run roughshod over a surprisingly awesome Duke team.  I feel bad about that.

With both teams now in the top ten of the BCS rankings, it's almost impossible for Saturday's game to get any bigger.  College GameDay will be there with supremacy of the Big 12 (and possibly a bit more for Baylor) on the line.  If you can get to Stillwater this weekend and want to hold up an ODB sign, let me know.  We'll work something out!

More from Our Daily Bears: