With just two teams above Baylor in the rankings playing this week and the Bears themselves preparing for OU on Thursday night, there wasn't much chance for positive upward movement. Still, the Bears still managed to gain some ground and are poised to take advance of this week's showdown.

Share All sharing options for: Baylor Remains at #6 in 2013 BCS Rankings

Moments ago, ESPN confirmed what we all suspected going into this weekend: the Baylor Bears are still the #6 team in the country according to the BCS rankings.  With the #1, 2, and 5 teams ahead of us also sitting idle, and #3 and 4 playing entirely overmatched opponents, barring an earth-shattering upset, there wasn't much chance of the Bears climbing any higher this week.  So, just like a week ago, 5 teams stand above the Bears in the CFB pecking order as of this moment. All save one are in action this week with potentially huge matchups. 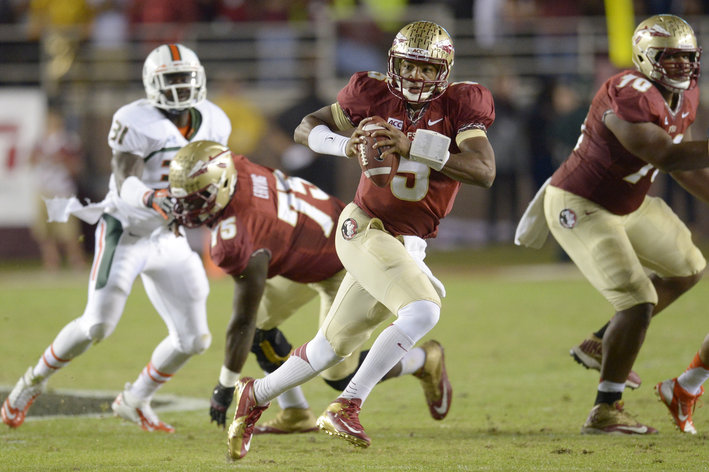 For now. This week's new BCS rankings are here in full, with Florida State now holding the critical second spot behind Alabama. Can the Noles hold off the Ducks?

As it stands now, at least 1 of the teams above us has to lose this week when the #3 Oregon and #5 Stanford play Thursday night.  On Saturday night, #1 Alabama welcomes the #13 LSU Tigers to Tuscaloosa for the biggest game of that day, which also sees #2 Florida State travel to Winston-Salem to face the Demon Deacons of Wake Forest.  #4 Ohio State is the lone top-5 team off this week and will return on November 16 at Illinois.

Were I to guess, Baylor's ceiling with a win over Oklahoma is probably #5.  A Stanford win over Oregon, should it happen, drops the Ducks and probably raises the Cardinal to #3, despite the fact that Stanford is a 1-loss team.  The only way the Bears rise higher than 5, I think, is by either demolishing OU in so impressive a fashion that we jump Ohio State in the human polls OR Alabama somehow falling to LSU.  That combined with the outcome of the Stanford-Oregon game would open up two spots in the top 5 and truly throw us into delicious CFB chaos.

Below, as I've done before, are the schedules for each of the teams ranked 1-6 in the BCS as released this evening.

We've talked about the major games in Baylor's schedule dozens of times, and we'll talk about them dozens more by the time everything is over.  A resurgent Oklahoma State focused on running the ball and playing defense seems the biggest remaining obstacle to me, especially with the game in Stillwater.  Ohio State looks ticketed for an eventual matchup with possibly the best defense in the country in the Michigan St. Spartans in the B1G Championship, but other than that, they've got nothing.  Alabama faces Auburn and probably Missouri.  After Stanford, Oregon gets whoever wins the Pac12 South in their championship game.

The next game on our schedule is this Thursday against the Oklahoma Sooners.  Let's do this!