A week away from the draft, what is the best case scenario for Baylor’s two NBA prospects?

In my entirely-too-long list of Baylor pros I touched briefly on Cory Jefferson and Isaiah Austin and their chances of getting drafted by NBA teams. As the draft draws near, teams are firming up their draft boards and pundits are making almost daily changes to their big boards and mocks and tier lists and whatever else they’re calling things these days. The bad news is that most of the scouting reports and pundit pedantry have dropped Isaiah and Cory a few spots each in the last few weeks. The good news is that the people who write these lists look like this before draft day: 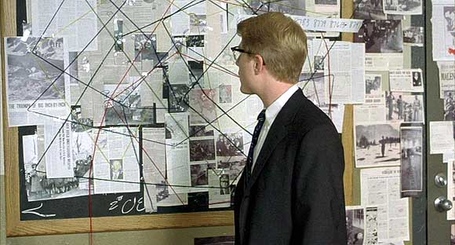 And this after draft day:

To compound the problem for Baylor fans, if Cory and Isaiah are drafted, they will be drafted in the second round, and likely late in the second round. And trying to predict what will happen in the second round of the NBA draft is so futile that not even Chad Ford attempts it. So instead of making a prediction about where they will go, I’d like to give what I feel are realistic best case scenarios for both players in the draft. This is what I would like to see happen for them that could actually happen.

Cory Jefferson is more likely to get drafted than Isaiah Austin for a variety of reasons. Scouts (online scouts, mind you, not actual team scouts, I only wish I were cool enough to have that kind of info) say that he has all the tools to be a capable NBA power forward, but that he needs to refine his offensive game, develop a better IQ and awareness on defense, bulk up both in weight and muscle, and get younger. He can certainly do three of those four things, especially if he is put in the right situation. The absolute best case scenario would be getting drafted by the Spurs or the Bulls. Both teams have excellent coaches and, just as important for developing young players, excellent assistant coaching staffs. Plus, both teams have excellent veteran role models in Taj Gibson and Tim Duncan for Cory to emulate. The fly in the ointment with both those teams would be a potential lack of playing time. The Spurs will likely sign Boris Diaw back in the off season and the Bulls will likely amnesty Boozer, but I would be surprised if they didn’t take a power forward with one of their two first round picks.

So while I like those two organizations better in general, I think the Pacers taking him with the 57th pick would be the best situation for him. He would be behind David West and Luis Scola in the rotation; however, if he worked at it, I think Cory could take minutes away from a swiftly aging Scola. In Indiana he would get to learn NBA defense from a very good defensive coach in Frank Vogel and he could work with two respected veteran power forwards to refine his shot and add moves to his repertoire. At worst Scola is gone after his rookie season and he will have had the chance to develop into a replacement for him and get solid bench minutes as a sophomore.

Isaiah Austin will potentially be more of a project than Cory if he gets drafted (which is not an insult, it just means he has more to work on; both of these guys have the tools to flourish in the league). While Cory is hanging around the 50-60 range on most draft boards, Isaiah is somewhere in the mid-to-late 60’s on every board I’ve looked at, and Chad Ford said today that some scouts have told him that they expect Isaiah to fall out of the draft entirely. Apparently his combine physical was worrying to several NBA teams. However, while his game has been inconsistent in many regards, he is long and has proven himself to be an excellent help defender, so a team might take a flier on him deep in the second round. The Sixers have 4 second round draft picks and could decide that his upside is high enough to warrant picking up. That may not be a great team to be on for a player who needs quite a bit of development like Isaiah does, though, since that will be a very young team trying to find it's footing.

A better situation would be the Mavericks taking him at 51. Isaiah needs to bulk up and work on being more consistent in his game, but in the meantime he could give the Mavs a few good minutes as a stretch four and help defender for a few minutes a game off the bench, especially when opponents play small-ball. In the long run, I think Isaiah would be well-served in modelling his game after Dirk’s, and I think he has the tools to do so. That’s not to say he would be anywhere near Dirk’s level, because Dirk is the Norse God of the Stretch Four. But if he could be a poor man’s version of Dirk, he could have a very good career in the NBA.

Either of these scenarios is realistic, but they’re not likely. Who knows what will happen? What we do know is that the team that drafts you can determine a lot about your future. It’s not everything, but having a good coaching staff, solid veterans, and competent management around you can help make the most of your talents. Just ask Kawhi Leonard.

It will be great if they are drafted at all. But it would be even better if they were drafted by the right teams.