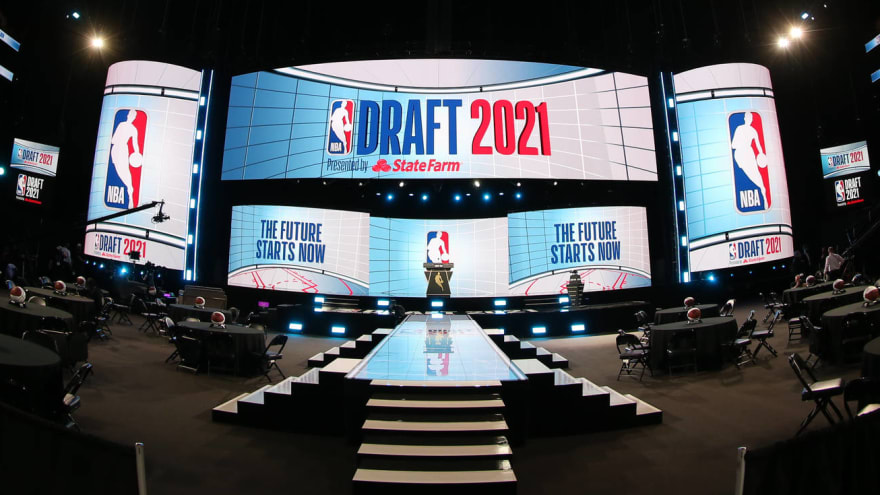 The NBA Draft is a week away (Thursday, June 23 at 6:30 PM CT on ESPN and NBAtv). Three Bears remain in the NBA Draft after Matthew Mayer withdrew to transfer to Illinois and Adam Flagler withdrew to run it back with the Drew Crew. In this post I'll briefly discuss the three Bears who have remained in the Draft and where I think they could end up. Before I dive into talking about the guys (Jeremy Sochan, Kendall Brown, and James Akinjo), a few things:

1) This is my first post since the last time I talked about Baylor players in the draft. If you're interested in seeing what I thought about these guys' pro prospects immediately after the Big XII Tournament, you can find that post here.

2) This could shape up to be a historic draft for Baylor. If two of our three prospects are selected in the 1st Round, it would be the first time that such a thing has ever happened. Even if just one of our guys goes in the 1st Round it would be the first time ever that Baylor has had a 1st Round pick in back-to-back drafts. Baylor has had 7 1st Round picks in program history and only 4 since 2000. It also seems likely that at least one of our guys will go in the Lottery (the first 14 picks of the 1st Round). This would make for just the fifth Lottery pick in Baylor history and would mean back-to-back seasons with a guy taken in the Lottery. Lastly, if either Jeremy or Kendall goes in the 1st Round, he would be the first one-and-done player from Baylor to ever go in the 1st Round. The only other Baylor one-and-done player that I am aware of who was drafted was Quincy Miller (drafted in the 2nd Round, played for 3 teams in as many seasons, posting generally unimpressive stats).

3) All of those potential historic achievements that could take place matter for recruiting. Obviously, one-and-done candidate Keyonte George is already in Waco and will be a huge part of next year's team. Other 5-star prospects tend to prefer programs with a track record of developing and churning out guys that NBA executives not only want to draft but want to use high-value draft picks to acquire. If Baylor can establish itself as a pipeline of 1st Round talent and Lottery talent, that would further boost Scott Drew's ability to attract the most talented young players in the country. It also helps in recruiting high-profile transfers. This draft could go a long way toward strengthening Baylor's reputation as a program that is elite at preparing players for the pros. 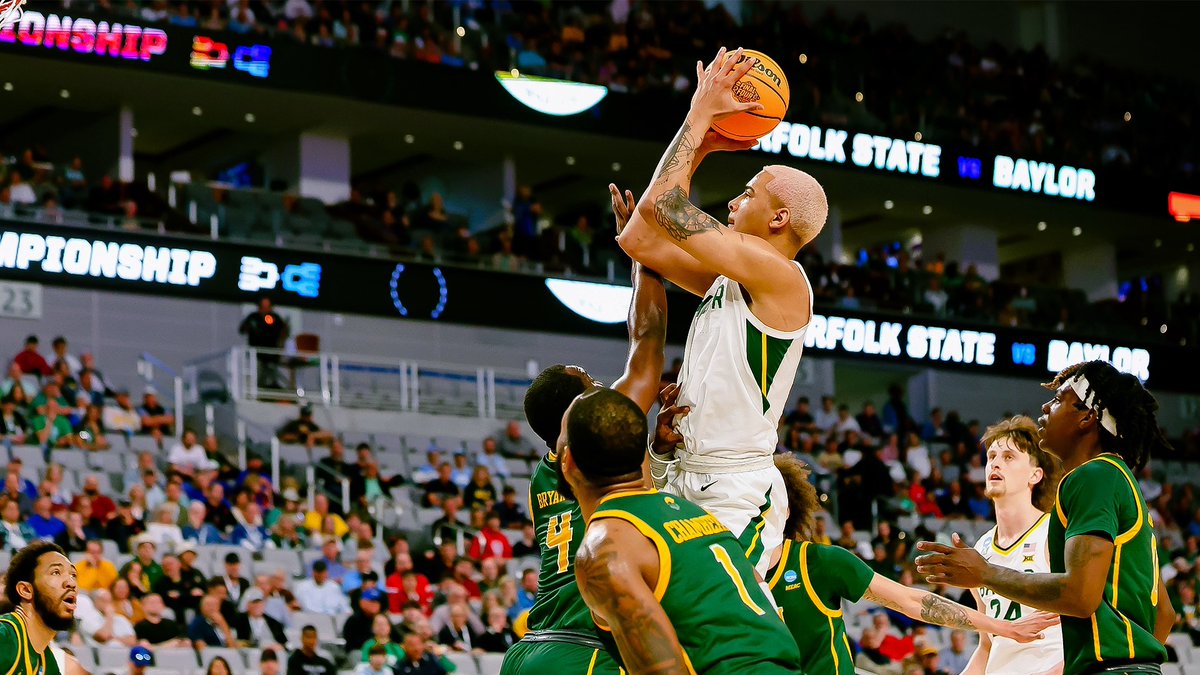 Jeremy is a highly versatile power forward. He is better defensively than offensively although his midrange game is formidable and he can knock down an occasional corner three. His best attribute is his tenancious defense. He is able to guard 1-4 and even some smaller centers. He has an unrelenting motor, giving great effort at all times on the floor. He is tough, smart, and selfless. He had a fantastic season with Baylor as a freshman, winning the Big XII Sixth Man of the Year award. His ranks a year ago among Big XII players:

He averaged 9.2 PPG, 6.4 RPG, 1.3 SPG, and 0.7 BPG on 47.4% FG, 29.6% 3P, 58.9% FT in 30 games (only one start; 25.1 MPG). Jeremy has had workouts with at least a couple of Lottery teams including the Sacramento Kings (holder of the #4 overall pick) and the New Orleans Pelicans (holder of the #8 overall pick). As much as we Baylor fans appreciate Jeremy, it's hard to imagine him going #4 overall to the Kings and while the Pelicans interest in him is likely real, they have Zion Williamson, Brandon Ingram, and Larry Nance under contract for next season, so it's hard to imagine him getting a big role on that team (and you don't take a player in the top 10 if you don't want him to play right away). I expect Jeremy to be a Lottery pick and quite possibly a top 10 pick. He has been invited to the NBA Draft Green Room which means we should get to see him hug NBA Commissioner, Adam Silver, after his name is announced. I also expect that he will be among the more stylish Green Room invitees this year.

Prediction: Jeremy will be drafted with the 9th Overall Pick by the San Antonio Spurs who will keep the pick. He will be a part of the rotation from Day 1 and will become a starter within 3-4 years of being in the NBA (similar to a Marcus Morris or Thaddeus Young). 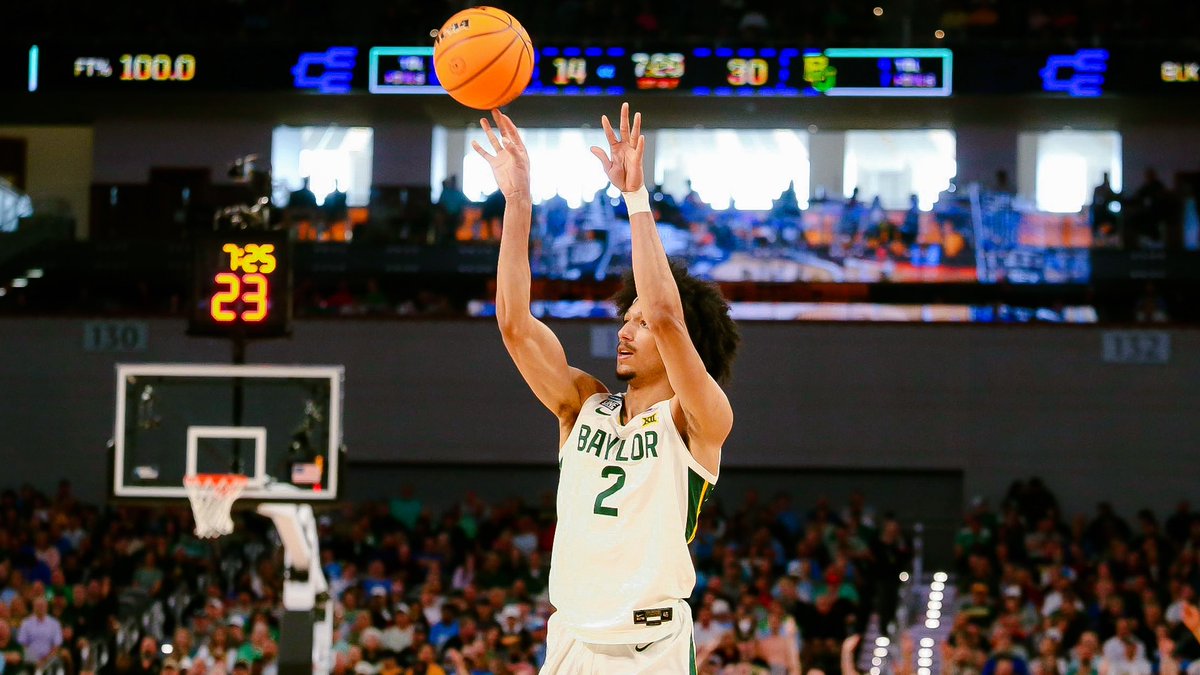 Kendall is a freakishly athletic, slashing small forward. His measurables at the combine fit those of an elite prospect. His measurements among all SFs at the NBA Combine:

Kendall had an impressive true freshman season with the Bears averaging 9.7 PPG and 4.9 RPG on 58.4% FG, 34.1% 3P, 68.9% FT. He showed some ability to make three-pointers although only 18.1% of his FG attempts were from deep. He was primarily a finisher near the rim, something he excels at considering his levitational abilities combined with his size and strength. He was a terror for opponents in transition and finishing lobs. His defense was mostly good although he did get lost more often than one would hope for a potential lottery pick. Still, the tools are all there for him to be a potentially elite NBA player if he can put the pieces together and improve his confidence on the offensive end.

Rumors have linked Brown as a potential fit for several teams including the Grizzlies, Knicks, Nuggets, and Sixers. Because Kendall is so young and arguably so raw, he likely makes more sense for a team that is not necessarily competing for a championship. This could make him a strong candidate for Charlotte (who holds picks #13 and #15 overall), Cleveland (holder of Pick #14 overall), and Houston (holder of Pick #17 Overall). I think his difficulties scoring in isolation and playmaking, along with his lack of shooting confidence will cause him to fall out of the lottery and a recent ESPN+ mock draft had him falling to the 40th Overall pick. However, I think that his youth, size, and athleticism will be so enticing to teams that it is awfully difficult to imagine him making it out of the 1st Round.

Prediction: Kendall will be drafted with the 19th Overall Pick by the Minnesota Timberwolves who will keep the pick. He will have to fight for minutes as a rookie while he develops his offensive game. Kendall will eventually become a solid role player in the NBA (similar to a Taurean Prince or Royce O'Neal). 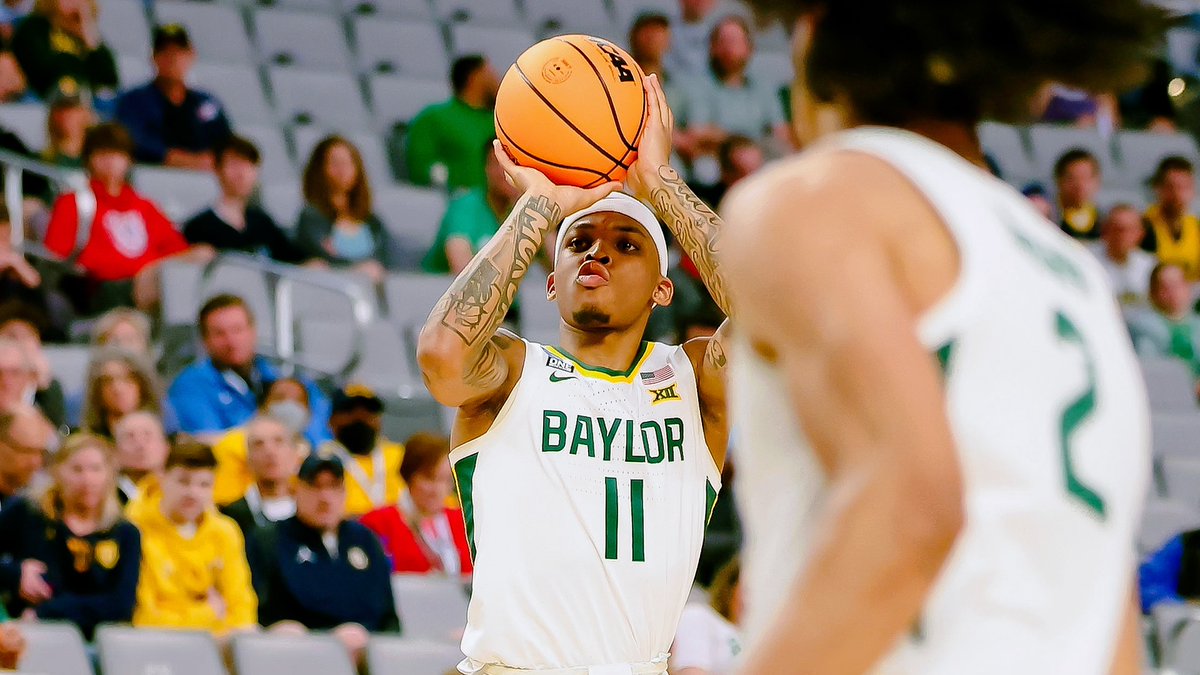 James is a dynamic, two-way point guard. He can score at all three levels, facilitate for teammates very well, and disrupt ball handlers with his defense. The rub? He's older than many of the elite guards in this draft class. There are at least 18 guards in this draft class younger than James that are expected to be selected. It also doesn't help that he's shorter than typical the NBA guard. The final reason why he is unlikely to be selected in the 1st Round and could slide until late in the 2nd Round or even go undrafted is his relative inefficiency as a scorer. He is a high-volume, low-efficiency scorer. His career scoring efficiencies: 37.3% FG, 29.5% 3P, 83.5% FT, 49.1% TS, and 43.7% eFG. Compare these numbers to a guy like JD Davison (who is projected by many to be a mid-2nd Round pick) who posted the following stats last season: 46.3% FG, 30.1% 3P, 72.8% FT, 55.8% TS, and 52.1% eFG. Throw in that Davison is younger and taller, and it becomes easier to imagine that James will slide toward the back end of the 2nd Round. That isn't the end of the world.

A considerable number of teams have expressed interest in James who has had workouts with at least 7 teams including the Timberwolves, Rockets, Hornets, Magic, Lakers, Pacers, and Wizards. He also performed well overall at the NBA G League Elite Camp where even though he didn't necessarily jump off the page on any of his measurables or in the drills, he did excel in the scrimmages leading his squad in scoring, assists, steals, and minutes on 6/7 (85.7%) from the field in Game 1 and followed that up with a strong performance in Game 2, again leading his squad in assists and steals in a winning effort. Baylor fans know how good James can be when he's healthy and it seems likely that at least some NBA scouts and executives have taken notice of his potential as well.

Prediction: James will be drafted with the 56th Overall Pick by the Washington Wizards who will keep the pick. He will need to perform well in the NBA Summer League in Las Vegas next month and in the NBA Preseason. I expect that he will use those opportunities to earn a spot in Indiana's rotation even as a rookie. He has the potential to be a serviceable backup point guard (similar to a Ricky Rubio or TJ McConnell).

Best of luck to all three of these guys! Sic Em!