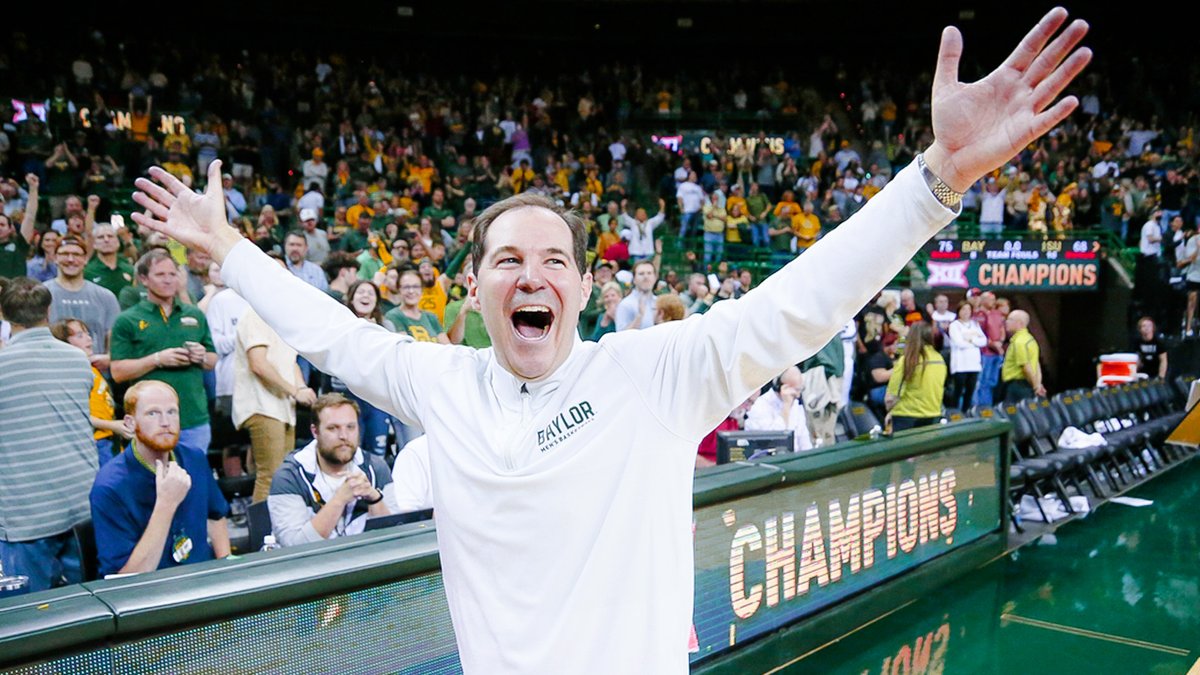 I will put out another Power Ranking post before the start of the NCAA Tournament and likely another one following the season's conclusion. The Oklahoma State Cowboys are not included in this version of the Power Rankings because their season is finished and they are ineligible for postseason play, including the Big XII Conference Tournament this week. The Bears have a great chance to secure a spot on the top line come Selection Sunday if they perform well in Kansas City. If you'd like to check out last week's post, it can be found here.

Big XII Team of the Week: Baylor. The Bears won both their games to clinch a share of their 2nd straight Big XII Regular Season Title.

If the Bears win 3 games in KC, they should absolutely be a 1-seed. If they win 2 games, the will very likely be a 1-seed (especially if one of those 2 wins comes against Texas Tech). If they win just their game against Oklahoma, there is still a decent chance that they become a 1-seed, although they might need some outside help in the form of chaos in the SEC or PAC12 tournaments.

If Kansas takes home the trophy from KC, they have a strong chance at being a 1-seed.

Tech's ceiling is probably a 2-seed and they may need to win three-in-a-row to get there.

TCU should be comfortably in the field following their recent wins over Texas Tech and Kansas.

ISU should also be comfortably in the field with their impressive number of Quad 1 wins.

Oklahoma is back on the bubble following their 3-game win streak to close the regular season and could sneak into the Tourney if the find a way to knock off Baylor on Thursday.

Kansas State thought they were sitting pretty in mid-February when they were 14-11 (6-7 in Big XII play) with 3 unranked opponents left on the schedule. Instead, they have lost 5 consecutive games and likely need to be an AQ if they want to go dancing (the NIT is more likely although by no means are they guaranteed an invite if they don't win an additional game or 2).

West Virginia is just trying to play spoiler this week. 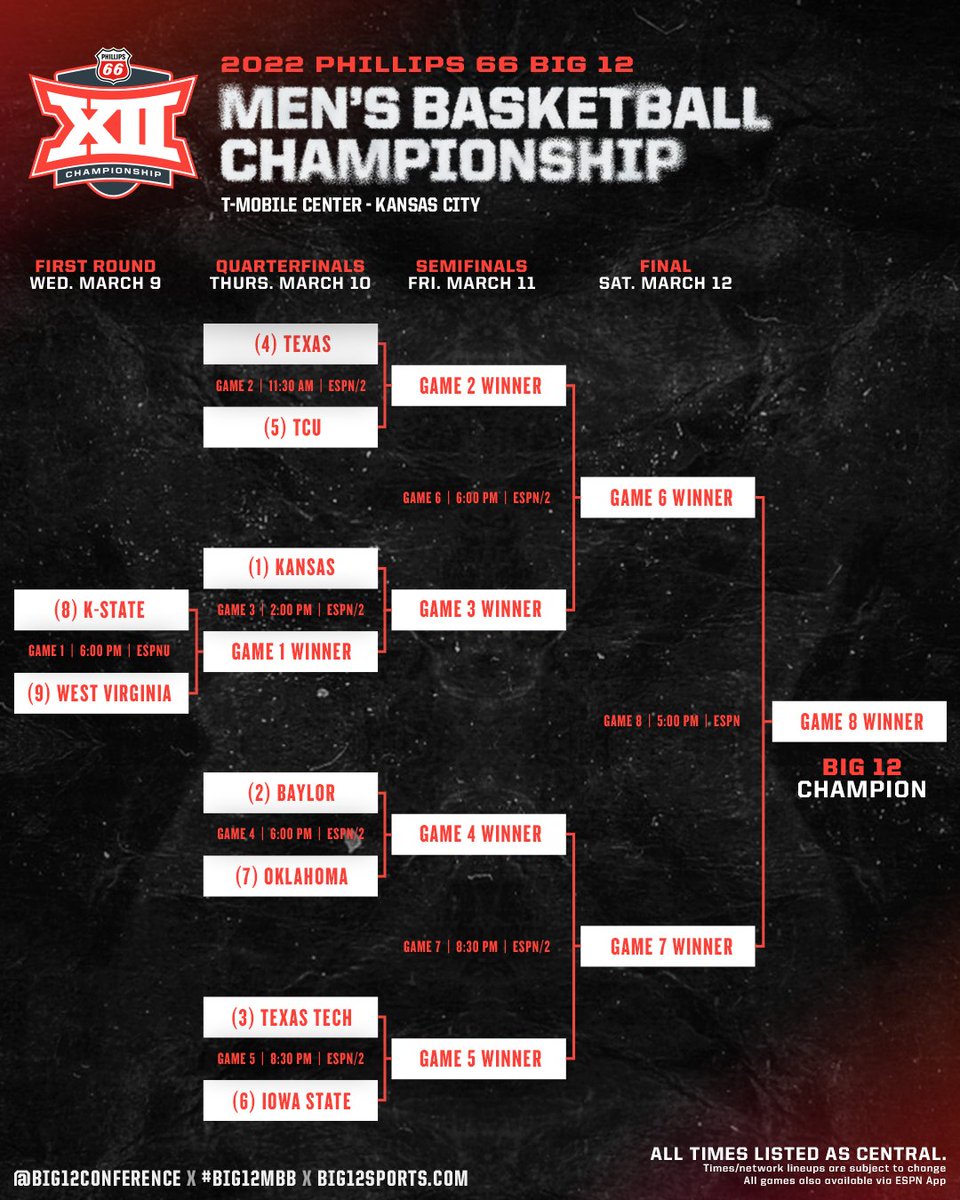 I started predicting results of some high-profile Big XII games back in mid-December (when I started doing weekly Power Rankings posts). Since then, I have gone 26-13 picking outright winners. I think that's a pretty respectable record and I'll try to keep it going this week by putting my picks in for the Big XII Conference Tournament.

Kansas State v West Virginia (@ 6:00 PM CT on ESPNU). Kansas State by 5. The Wildcats have lost 5 straight and likely need at least 2 wins in KC to have a shot at getting an at-large bid to the NCAA Tourney. First Team All-Big XII guard, Nijel Pack will carry the load for KSU. West Virginia has lost 14 of their last 16 games and will go out with a whimper this season.

Kansas v Kansas State (@ 2:00 PM CT on ESPN2). Kansas by 8. Big XII Player of the Year, Ochai Agbaji, will shine as the Jayhawks make it 3 wins over their in-state rival this season. The loss will be the final nail in KSU's March Madness coffin.

Baylor v Oklahoma (@6:00 PM CT on ESPN2). Baylor by 4. First Team All-Big XII guard, James Akinjo will lead the Bears to a win that could lock up a 1-seed for the NCAA Tourney. The key here is controlling the paint on both ends: attack downhill on offense and keep the Sooners out of the lane on defense.

Texas Tech v Iowa State (@ 8:30 PM CT on ESPN2). Iowa State by 1. The Cyclones win an instant classic. We saw the toughness of this ISU team last Saturday as they erased Baylor's 25-point lead on the road. Meanwhile, Texas Tech has lost 5 of their last 7 games away from home.

Kansas v Texas (@ 6:00 PM CT on ESPN2). Kansas by 3. KU fans will likely heavily outnumber those clad in Burnt Orange and the officiating will probably give the Jayhawks just enough of a boost to pull it out. KU's scoring differential over their last 4 games (2-2 record) is -9. They likely win, but not by much. 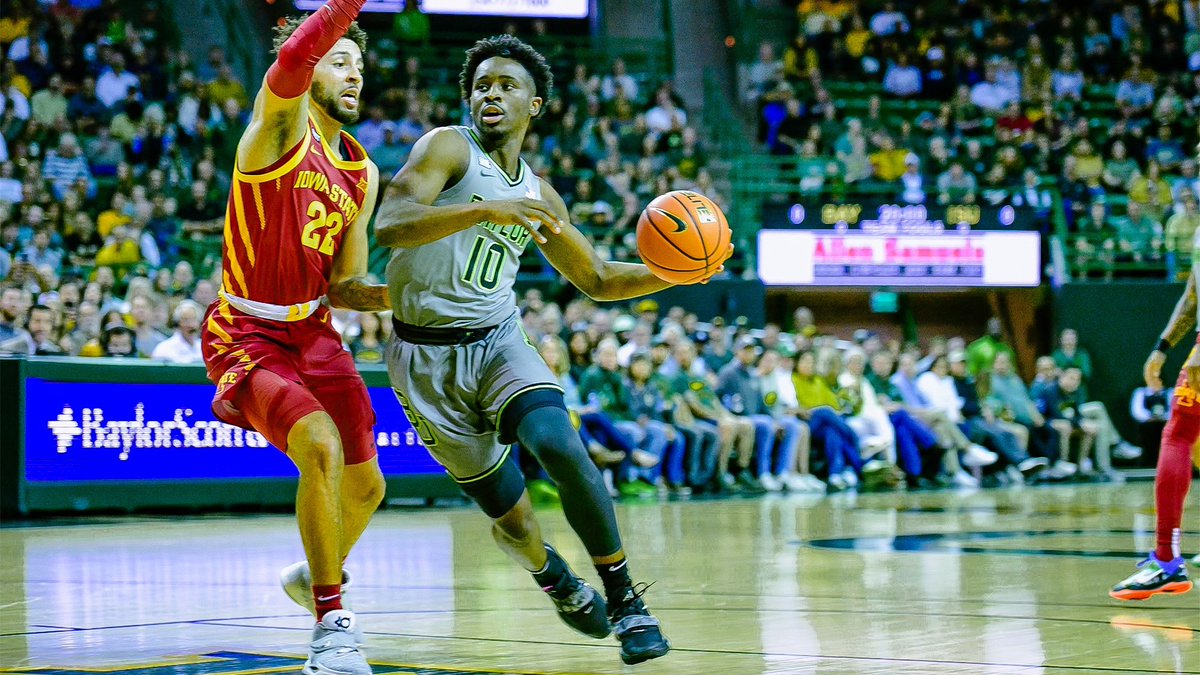