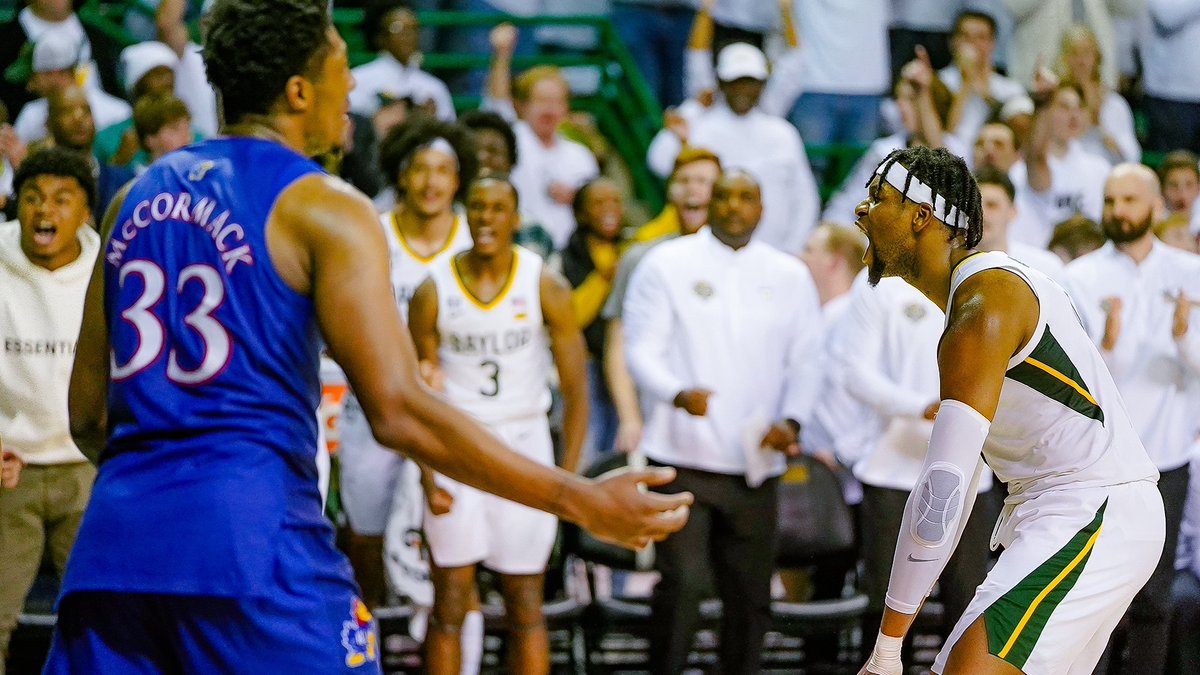 Well we've made it to the final week of the regular season. The Bears are back near the top of the mountain and have an outside shot at repeating as Big XII Champs if they take care of business and get some help from the Horns or the Horned Frogs this week. Tech fans won't like that I dropped them behind a team they've beaten twice this season but Baylor leads the nation in Quad 1 wins at the moment and didn't lose to TCU over the weekend. In personal news, I got married last week. Woot! If you'd like to check out last week's post, you can find it here.

Big XII Team of the Week: Baylor. The Bears made their case for continuing to be among the best teams in the nation with their 2 wins this week.

Outlook: Kansas will play 3 times this week, twice against TCU and once against Texas. The Jayhawks remain in control of their destiny in the regular season conference title race but surely the gap between them and the Bears is smaller than many KU fans may have thought going into Saturday night's matchup.

Game Notes: WIN (in OT). BU 66 @ OSU 62. The Bears trailed by 7 at halftime. Flagler had a career high in scoring with 29 points on 55% from the field and 7/13 (54%) from deep. He played 41 minutes including all 25 minutes after halftime. James Akinjo started the game 0/7 from the field in regulation before assisting or scoring on every point in OT including the Jordan-esque game-winner. Baylor had just 3 FT attempts 32 minutes into the very physical game. Matthew Mayer brought the energy early but was benched for Jeremy Sochan down the stretch.

Game Notes: WIN. BU 80 v TCU 70. Baylor was down by as many as 13 in the first half before battling back to trail by just a point at halftime. The Bears were ice-cold from deep for most of the game. Flo Thamba had his best game as a Bear with a career-high 18 points to go along with 9 rebounds. Matthew Mayer was dominant on the glass with 12 rebounds. James Akinjo hit some clutch shots to help Baylor pull away late.

Outlook: Baylor faces Texas and Iowa State to close the regular season. The Bears, even without LJ Cryer, look like a potential 1-seed. If they win out, I believe we'll see them on the top line on Selection Sunday. For the umpteenth time, if this team can get healthy (i.e. getting Cryer back), they could find themselves in New Orleans competing for another Natty.

Game Notes: LOSS. TTU 61 @ TCU 55. Winning Streak Snapped. Tech turned it over on more than 30% of their offensive possessions for the first time since 2019.

Outlook: The Raiders take on Kansas State and Oklahoma State. Tech remains one of the biggest threats to win a trophy in Kansas City and will be very dangerous in the NCAA Tournament.

Outlook: Texas will play Baylor and Kansas this week. The Horns are well on their way back to the NCAA Tournament but a win or two could improve their seed significantly come selection Sunday. 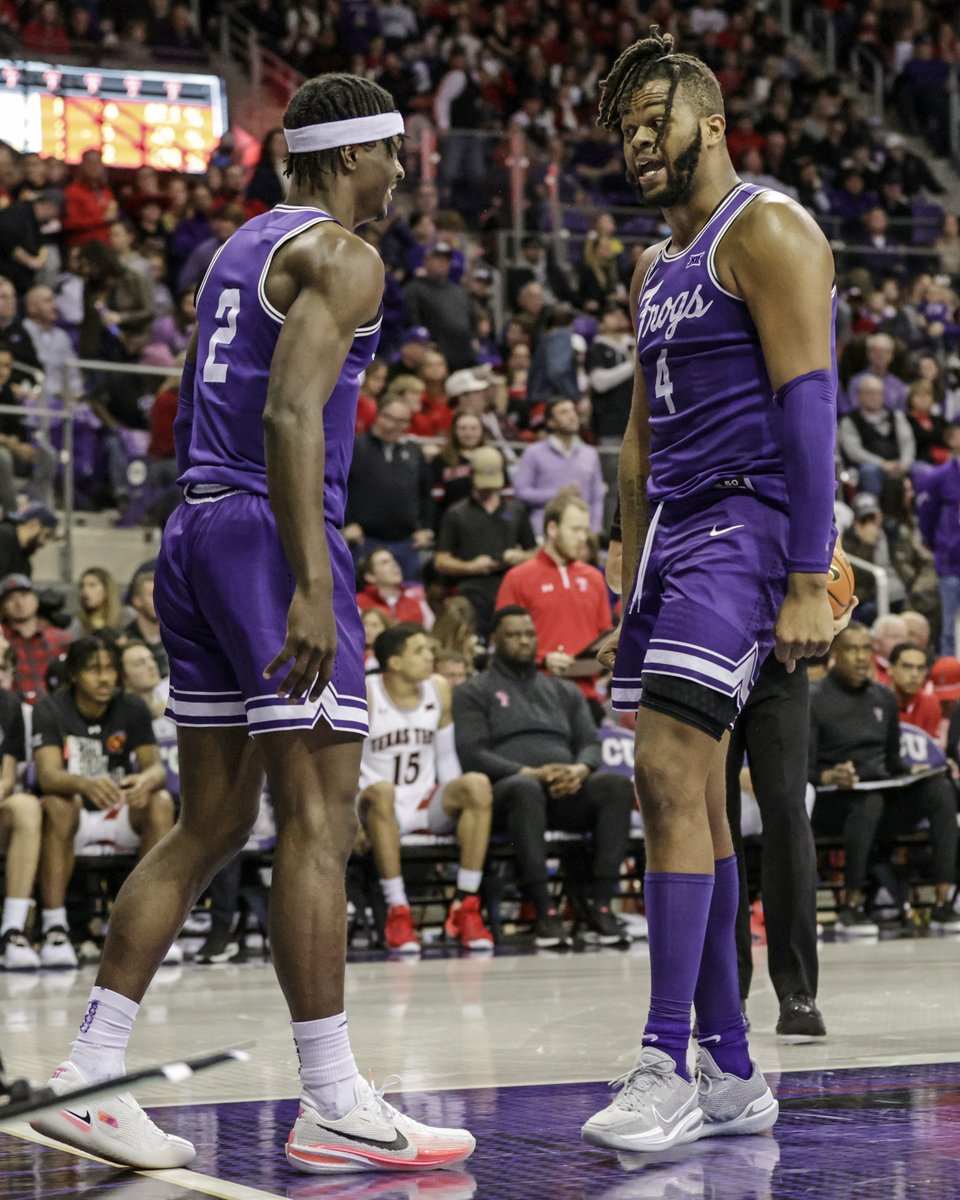 Outlook: The Frogs will play 3 games this week: Kansas (X2) and West Virginia. TCU could be just a win away from going dancing following their 2 victories last week.

Outlook: Iowa State takes on Oklahoma State and Baylor this week. The Clones have won 4 straight and have stockpiled enough Q1 wins that another win could be enough to put them in the Big Dance despite their losing record in conference play.

Game Notes: LOSS. KSU 83 @ WVU 102. Slapped by Big Brother. This was just the 3rd time in the last 14 seasons that the Wildcats gave up 100+ points. Fun Fact: The other 2 such instances were last year at the hands of the Bears.

Outlook: The Wildcats face Texas Tech and Oklahoma this week. Having lost 3-straight, Kansas State desperately needs to win at least one game this week. If they can find a way to sweep the week, it'll take a lot of pressure off the team before heading to KC.

Game Notes: LOSS. OU 42 @ TTU 66. Sooners Stay Cold. Between this loss and their last, OU only mustered 96 combined points. This is their lowest back-to-back game point total as a program since 2008.

Outlook: The Sooners play West Virginia and KSU this week. OU's NCAA Tourney hopes hang on by a thread. They must win both this week and then at least 1 or 2 games in KC to have even a chance at an at-large bid.

Outlook: Just 2 games remain on the year for OSU who'll wrap up their campaign against Iowa State and Texas Tech.

Outlook: Up next for WVU is Oklahoma and TCU. The Mountaineers have now lost 13 of their last 14 and have no shot at an at-large bid. An NIT appearance might be doubtful at this point. 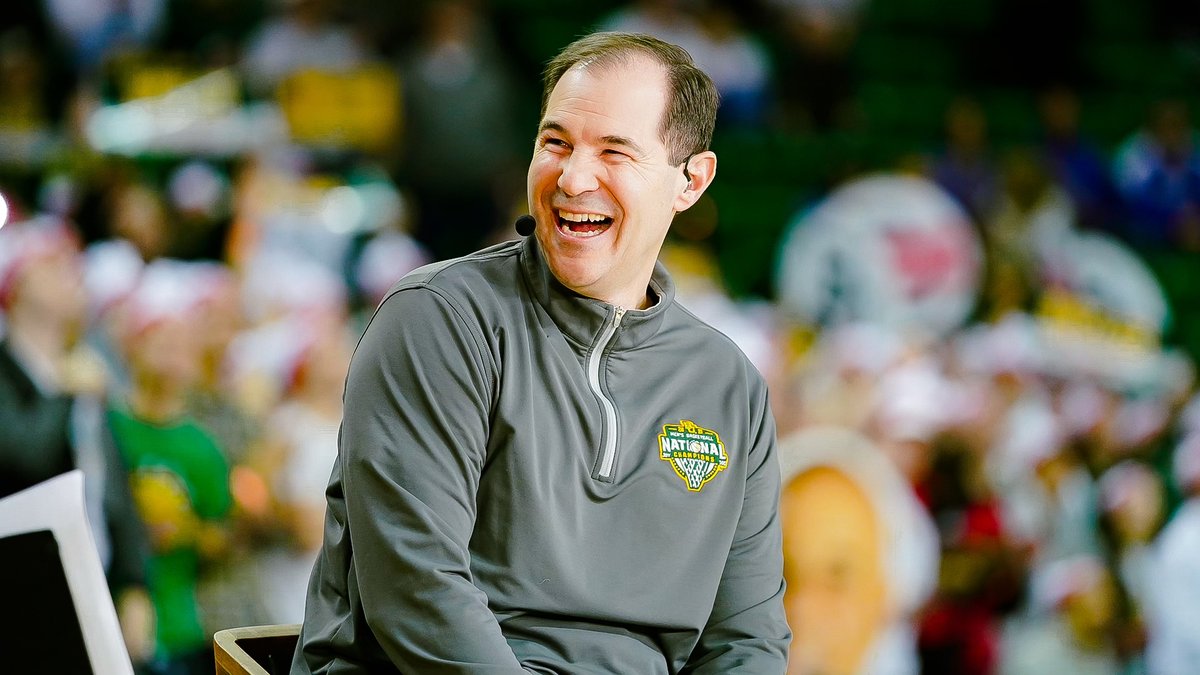 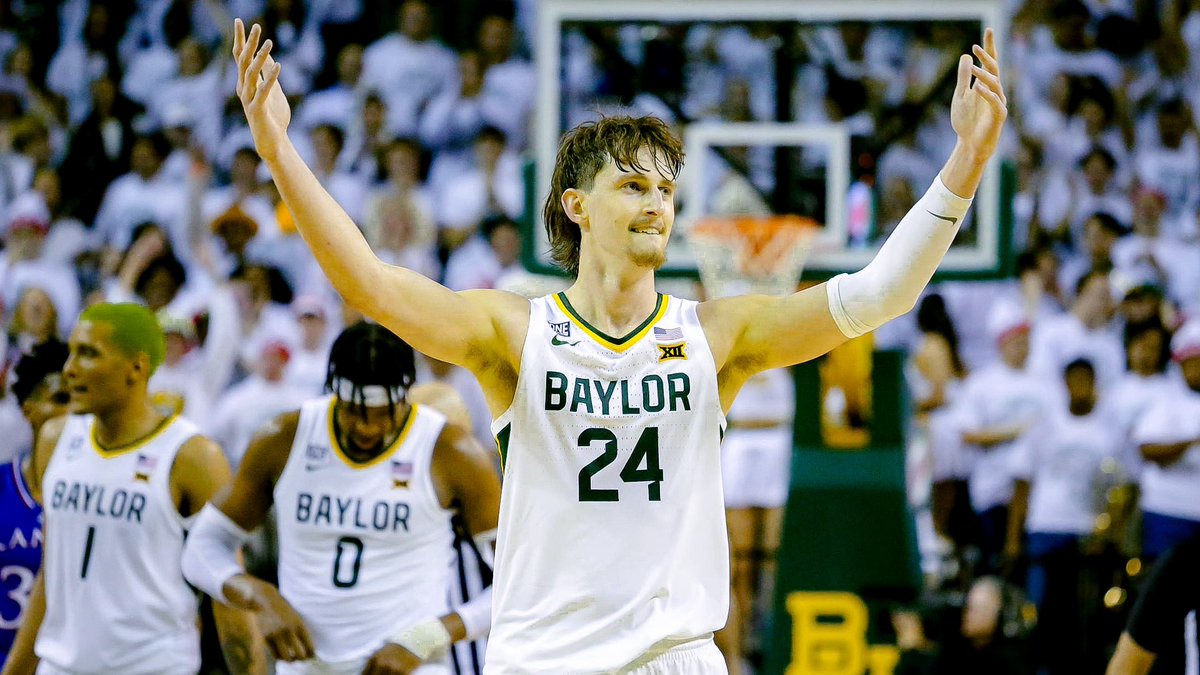