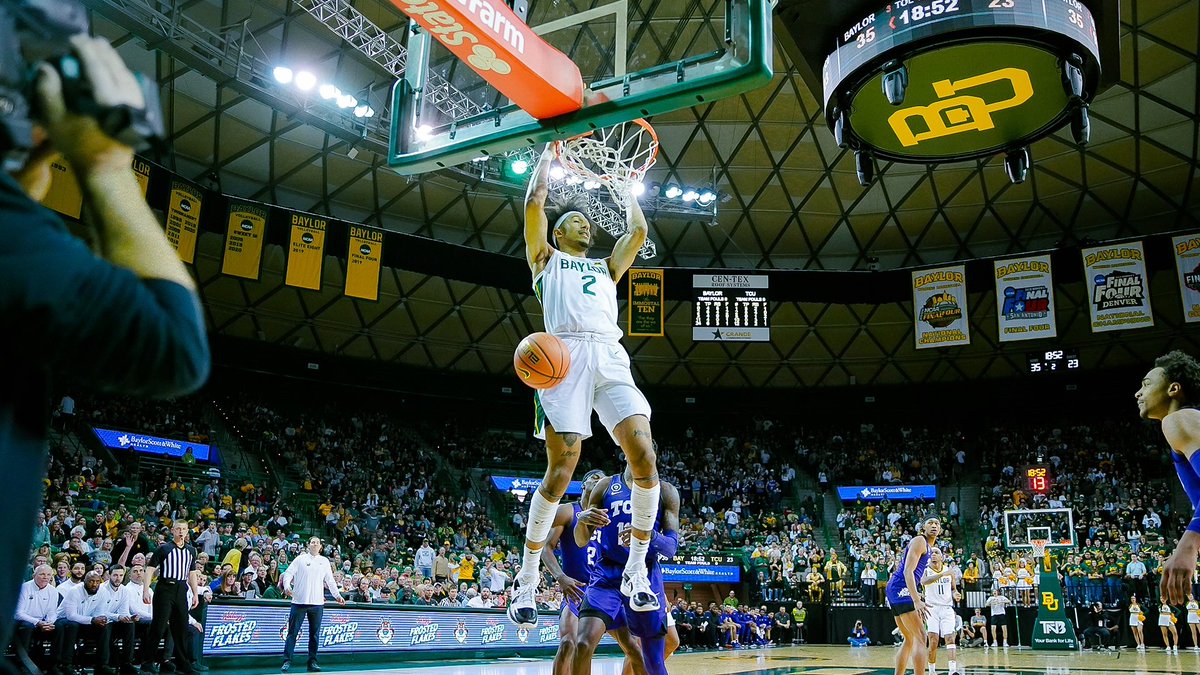 I take no pleasure in dropping Baylor out of the top 2 of these Power Rankings for the first time this season. Still, if I'm being blatantly dishonest on these things, there's no point in continuing to write them. The Bears are 0-3 against Kansas and Texas Tech this season. Without Jonathan Tchamwa Tchatchoua, it's hard to argue that we are better than 3rd. Still, 3rd place in the best conference in the nation is nothing to scoff at, especially in a "rebuilding" season that's been plagued with injuries. If you'd like to check out last week's post, you can find it here.

Big XII Team of the Week: Texas Tech. The Red Raiders made their case for being the best team from the Lone Star State this week.

Outlook: The Jayhawks will host KSU before their rematch with Baylor next weekend. KU is seemingly sitting pretty at the moment, with full control of their destiny in the regular season conference title race.

Outlook: Tech will play Oklahoma and TCU this week. The Red Raiders move past the Bears for the first time this season behind their stifling defense. This team is Final Four good.

Game Notes: LOSS. BU 73 @ TTU 83. The Bears welcomed LJ Cryer back after a 5-game absence. He had 6 quick points behind a pair of three-pointers in the 1st half. He did not score thereafter, seeing very little playing time presumably due to a minute restriction associated with his injury. Matthew Mayer was also limited in his playing time in the 2nd half for unknown reasons. The good news (aside from Cryer's return): a) Flo Thamba played well despite foul trouble in EJ's absence, b) Jeremy Sochan held his own as the backup 5, and c) Akinjo looked good. Baylor led by 7 at halftime. Then they went 1/12 from the field over the first 8.5 minutes of the 2nd half. By the end of that drought, Tech had seized the lead and they would never give it up. The Bears were badly outrebounded (-11 in rebound margin). They were also outscored by 12 points from the FT line.

Game Notes: WIN. BU 72 v TCU 63. This should go down as one of the more impressive wins of the Scott Drew era. In the absence of Adam Flagler, LJ Cryer, and Jonathan Tchamwa Tchatchoua, the Bears only played 6 guys in the 2nd half of this one. The freshmen, Jeremy Sochan (who tied a career high in scoring) and Kendall Brown were sensational, combining for 30 points, 11 rebounds, 7 assists, and 2 steals on 55% from the field. Matthew Mayer, James Akinjo, and Flo Thamba also played well (each one reaching double figures scoring). Baylor started the game 0/8 from deep before Mayer hit a pair of three-pointers more than 34 minutes into the game to extend Baylor's streak of consecutive games with a made 3PFG to 989, a streak going back to 1990. The Bears also got the job done at the FT line, outscoring the Frogs by 16 from the stripe.

Outlook: The Bears play Oklahoma State before hosting Kansas next weekend. Baylor is as injury plagued as I can remember them being at any point in the last few years. The six (6) rotation players averaged nearly 33 minutes on Saturday and it's a quick turnaround playing on Monday on the road. I still maintain that if this team can get healthy, they can make a solid tournament push come March.

Outlook: The Horns will take on TCU and West Virginia this week. Texas remains in the top 4 of the conference but is probably a step or two below the 3 ahead of them.

Game Notes: LOSS. TCU 51 v ISU 54. Fun Fact: This loss represents the first time TCU has lost back-to-back games this season. TCU's defense allowed an opponent eFG% of 43.5%, which is the lowest in a home loss for the program since 2017.

Outlook: The Frogs have 3 games this week (prior COVID postponements): WVU, Texas, and Texas Tech. TCU cannot afford to keep losing games if they want to reasonably confident about their chances heading into Selection Sunday. They also can't afford to have their star and leader, Mike Miles continue to struggle the way he did this week.

Game Notes: LOSS (in OT). KSU 79 @ OSU 82. The KSU defense allowed an opponenet eFG% of 60.2%, the highest allowed by this defense since their 25-point beatdown at the hands of the Bears in January.

Outlook: The Wildcats will face Kansas and Iowa State this week. Just winning one game this week would be a major boost to KSU's tournament hopes. 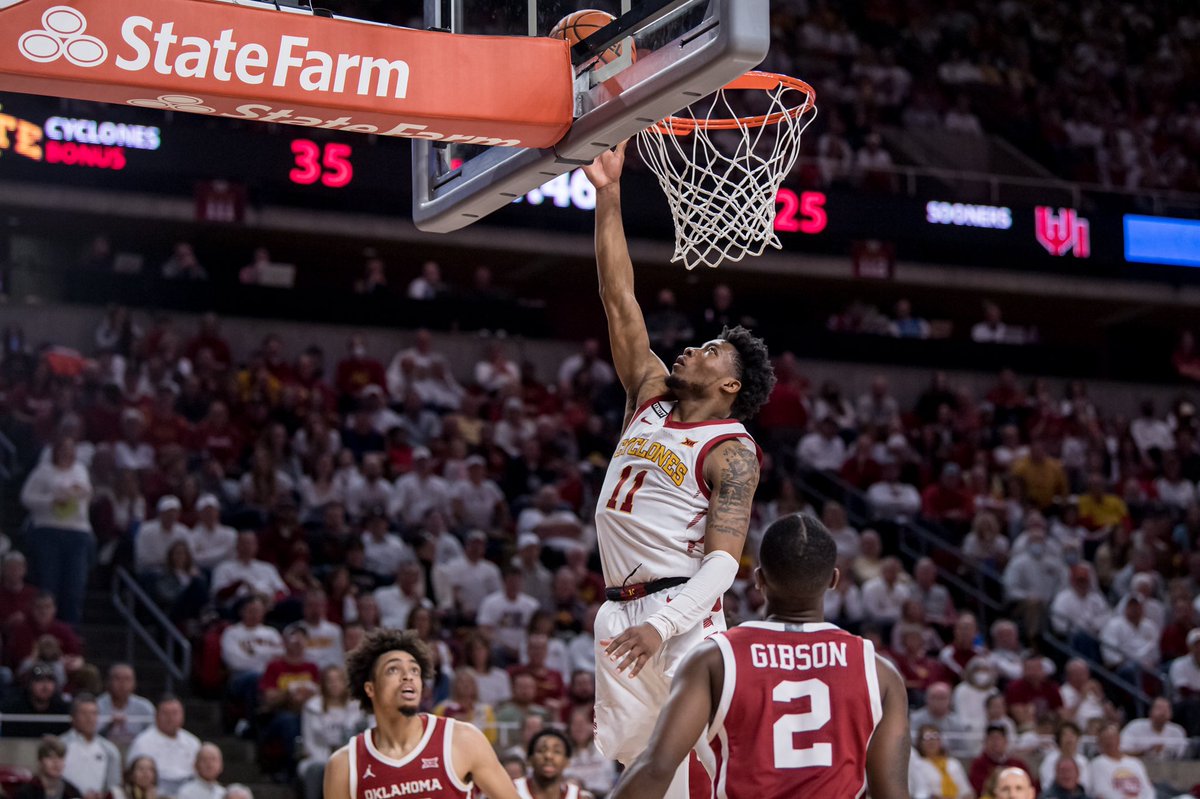 Outlook: ISU will take on West Virginia and KSU this week. The Cyclones have won back-to-back games for the first time since January and could be trending in the right direction.

Outlook: The Pokes play Baylor and Oklahoma this week. OSU plays a pair of teams they've already beaten this week.

Outlook: The Sooners have Texas Tech and Oklahoma State on their schedule this week. Oklahoma has now lost 10 of their last 12 and their tournament chances are beginning to look bleak.

Outlook: The ‘Neers have 3 games this week (prior COVID postponements): TCU, Iowa State, and Texas. WVU has now lost 10 of their last 11 and are beginning to look like something of longshot to make the Big Dance. 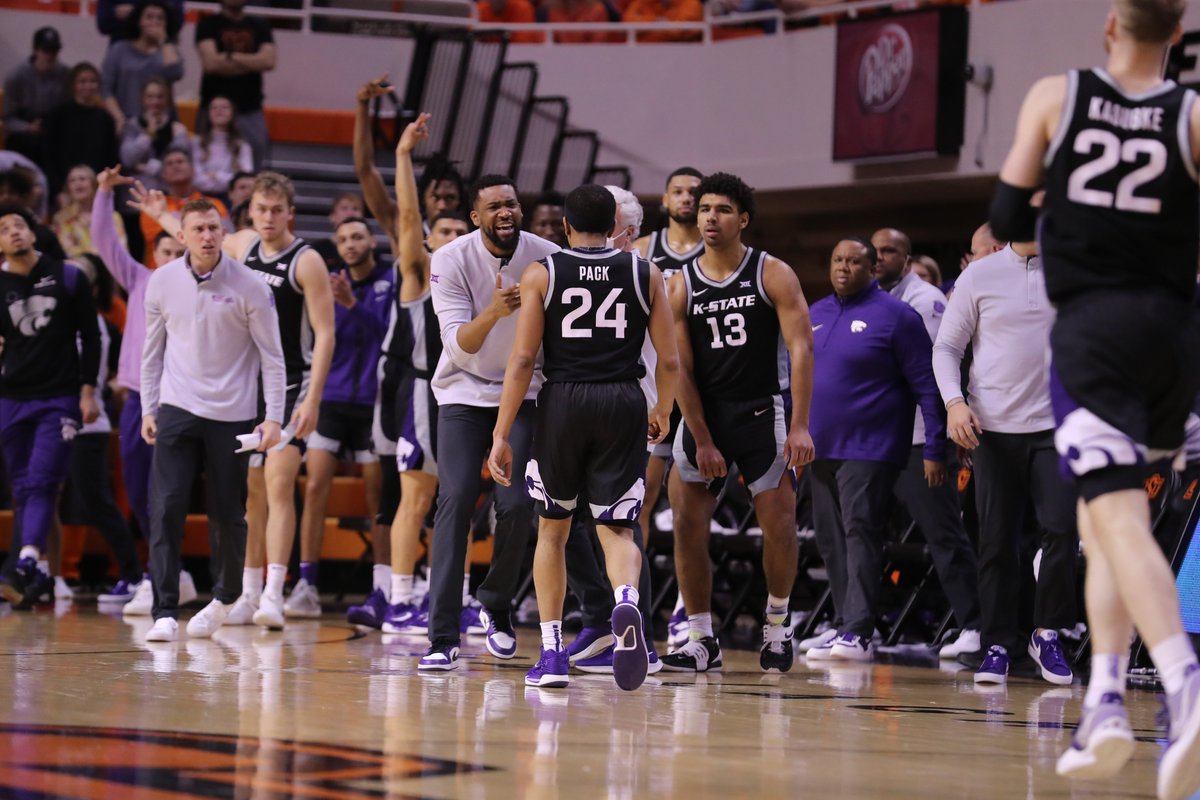 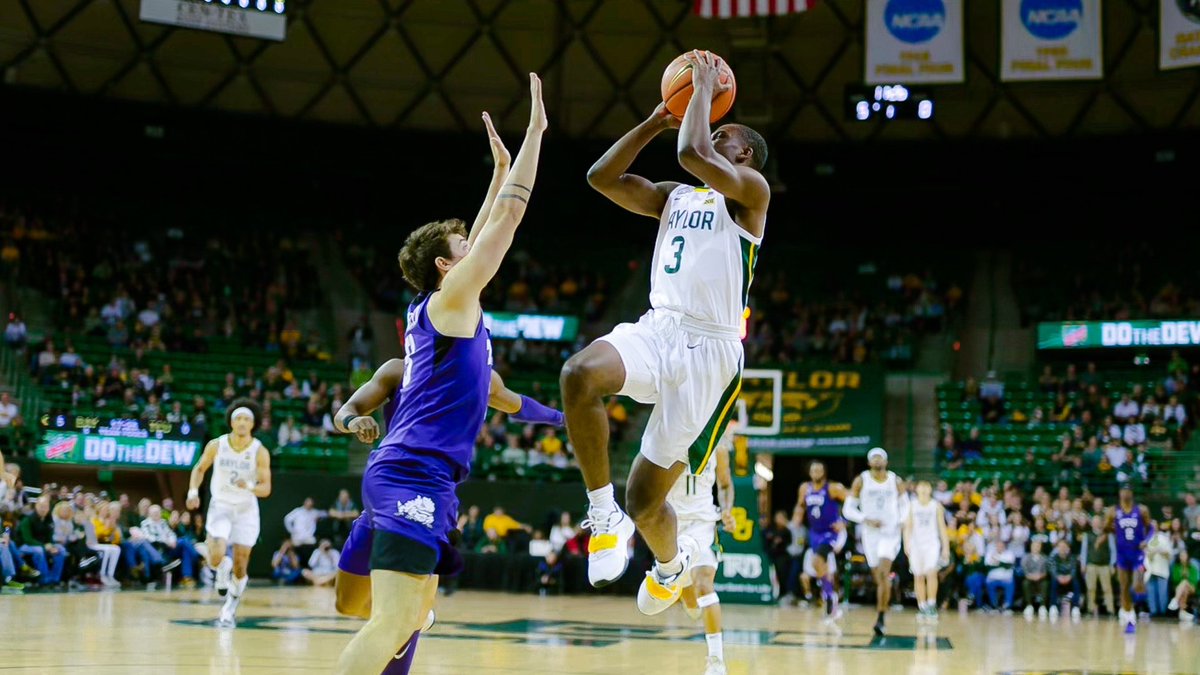