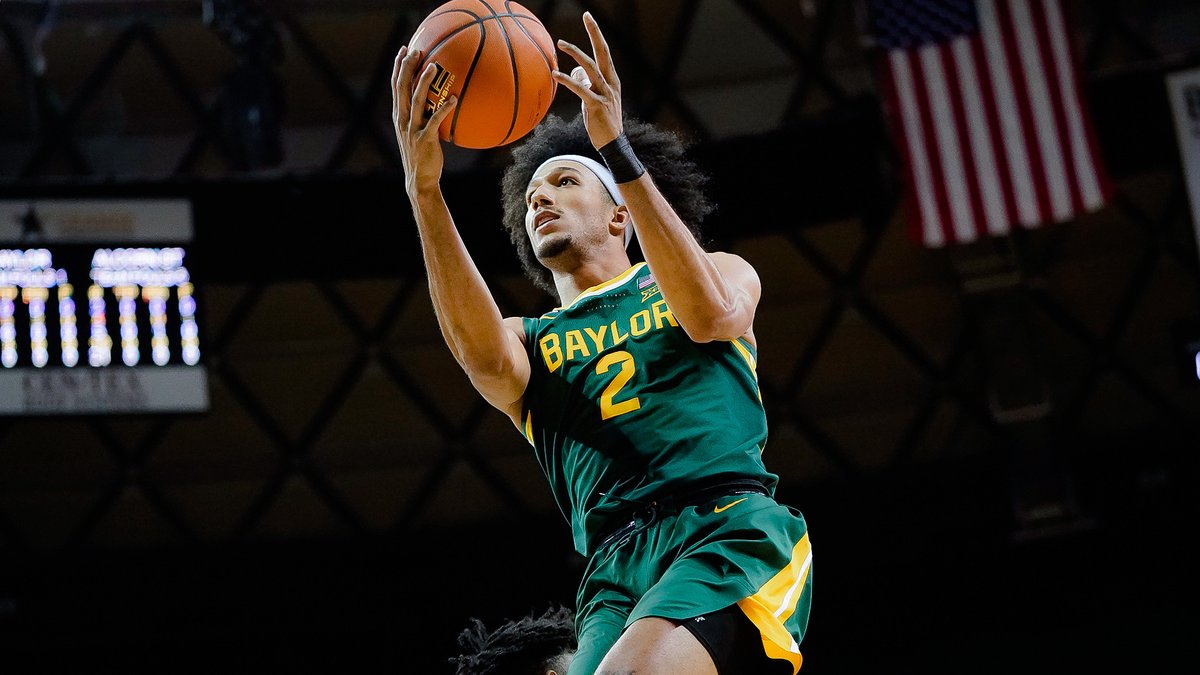 I hope all of you had a merry Christmas. Last week was rather uneventful for the conference as a whole with multiple teams not playing at all and the others playing mostly buy games. Still, this will be the final update before conference play starts this Saturday. Stay safe as you celebrate the New Year and be sure to support the Bears in their big game on New Year's Day. If you'd like to check out last week's post, it can be found here.

No surprise that Baylor holds on to the top spot after winning their only game of the week by 37 points (albeit against a terrible Alcorn State team). It was a nice tune-up game for the Bears. What I liked most was that it wasn't just the usual suspects increasing their scoring output, but we got to see lesser used guys get more opportunities. Flo Thamba and Jonathan Tchamwa-Tchatchoua each had career high scoring nights, combining for 32 points on a perfect 14/14 from the field (including 2 three-pointers for JTT!). James Akinjo did his thing as both a scorer and facilitator and Adam Flagler got after it on defense. It was a dominant performance. The Bears will get one more chance to clean things up against a lesser opponent this week before taking on an undefeated and AP top 10 opponent this weekend in Iowa State.

The Jayhawks saw their only scheduled game from last week get cancelled due to COVID issues within their opponent's (Colorado) program. As such we will keep them right here at #2 in these power rankings. I know. They have a loss and Iowa State doesn't. I just cannot in good conscience say that the Cyclones are as good or better than Kansas at this point. If ISU and KU played a best of 7 series right now, I'd definitely take Bill Self's team. They are more talented and more balanced. The Jayhawks will likely be favored in all of their games in January. Then in February, they'll have to play Baylor twice, Iowa State on the road, and Texas on the road. Until then, the Jayhawks should just be fine tuning their defense. I expect they'll drop a game or two in January just because Big XII play is brutal, but they are better than all the teams they'll face next month.

I said last week that anything less than a 20+-point win over Youngstown State would drop the Mountaineers in this edition of these power rankings. They delivered a 30-point beatdown, although it was a close game in the first half. Sharpshooter, Sean McNeil, led the way for WVU with 23 points on 8/9 from the field and 4 three-pointers. If this team gets McNeil going along with star guard, Taz Sherman, this offense is good enough to complement the strong defense played by this group. This team will have a tough one this weekend against the Longhorns. If they win that game, they'll be solidified in these power rankings as belonging near the top of the conference. If they lose, they'll tumble significantly. The real test for this team will be in the back half of January where they'll play Baylor twice in 14 days, plus road games against Kansas, Texas Tech, and Arkansas. Defensive rebounding and poor free throw shooting continue to trouble this team.

The Cyclones won their only game of the week against lowly Chicago State. Star forward, Izaiah Brockington posted another impressive double-double. The real standout in this game was Kansas transfer, Tristan Enaruna, who had 19 points and 10 rebounds on 8/10 from the field. The Cyclones still turn the ball over too much for my taste and I think this offense will struggle in Big XII play. KenPom projects Iowa State to lose 10 of their first 12 games in Big XII play (including a 74% chance that they lose to Baylor this weekend *eyebrows eyebrows*). Could ISU continue to surprise people and stay unbeaten? Sure, I guess anything is possible, but I genuinely think this team is overrated at this point.

The Longhorns won their only game of the week against miserable Alabama State. Texas continues to operate at one of the slowest paces in the country (3rd nationally in slowest tempo). Both the offense and the defense look fine for this team so far but they have not really been tested in any major way. The talent is there and Chris Beard has a fantastic reputation as a coach. Still, until we actually see this team face a serious opponent and win, it is hard to put them higher than the middle of the conference. KenPom projects Texas to win their first 9 Big XII games. Things won't get really difficult for them until February when they'll face Baylor twice as well as Texas Tech, Oklahoma, and West Virginia on the road (plus they'll face Kansas and Iowa State each once in February as well).

The Sooners played just once this week, against the same woeful Alcorn State team Baylor faced. Fun Fact: Baylor had a larger margin of victory (37 points) against Alcorn State than OU did (34 points). Waco native guard, Umoja Gibson, led the Sooners in scoring with 17 points on 5/9 from deep. Gibson and big man, Tanner Groves, are the leaders of this team. I really like they way Oklahoma defends, drawing out possessions and playing physical without fouling. This team's season will likely be defined by a tough stretch of games during mid to late January when they'll play in order @Texas, @TCU, Kansas, Baylor, @West Virginia, and @Auburn (KenPom rank: 13). If the Sooners go 4-2 or better in that stretch, they'll likely be in contention near the top of the conference. If they go 3-3 or worse, it won't ruin their season, but it means they'll likely finish near the middle of the conference around where I have them now. 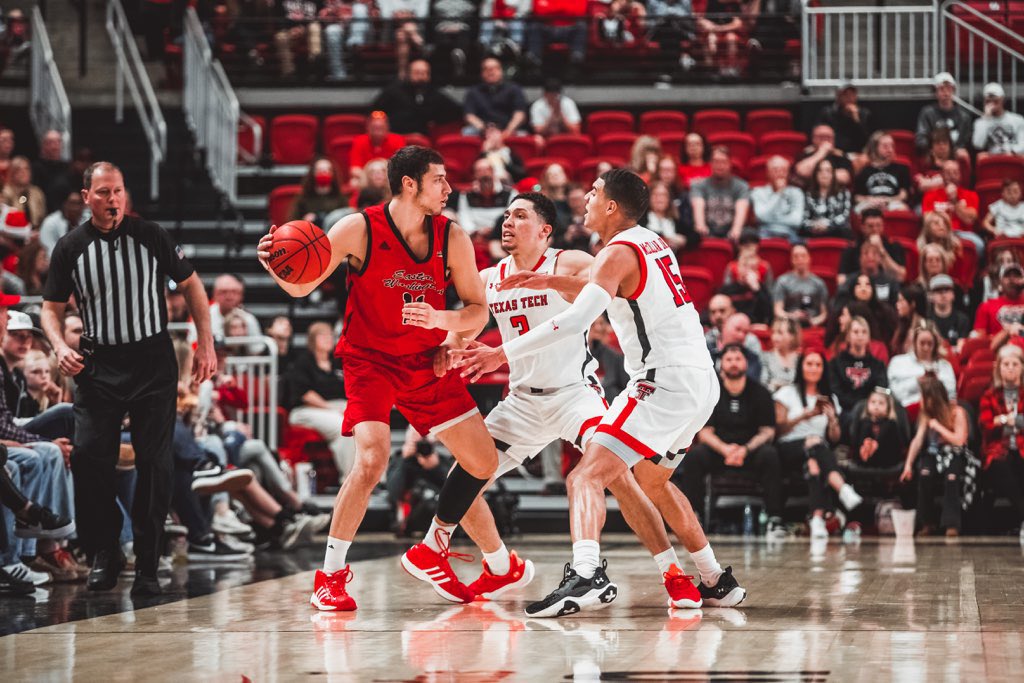 The Red Raiders won their only game of the week against pathetic Eastern Washington. TTU used a balanced attack whereby 4 of the 5 starters scored in double figures (and the 5th had 9 points). This defense is excellent. I have my doubts about this offense's ability to score late in close games, but the Raiders are an excellent offensive rebounding team (15th nationally in offensive rebounds per game and 4th nationally in offensive rebound %). This team has the upside to be one of the better teams in the league if they can find some consistency on offense. Still, it is hard to know exactly how well Tech will perform in conference play when they only have 1 win against a team in the top 200 in the nation (per KenPom). The conference slate sets up favorably for TTU with the toughest matchups spaced out pretty evenly.

TCU only played once this week, a comfortable win over inferior Grambling. The Horned Frogs were without their best player, Mike Miles, who missed the game with a non-COVID illness. Chuck O'Bannon Jr. and Emanuel Miller shined in Miles's absence, combining for 37 points, 18 rebounds, and 5 assists on 11/21 from the field. This team has a big front court (3rd in the Big XII in effective height). This has helped TCU become one of the best rebounding teams in the nation (3rd nationally in offensive rebound % and 39th nationally in defensive rebound %). This gives them a big edge. They also protect the rim well. If the Frogs have a weakness, it would be their overall scoring efficiency (or lack thereof). I expect TCU to be competitive throughout most of Big XII play and have a record of about 6-6 heading into the final 3rd of conference play. It will be that final, merciless 7-game stretch that will likely determine if this team makes the NCAA tournament or not. 5+ wins in that stretch would make them a virtual lock. 2-4 wins will keep them on the bubble. 1 or 0 wins will keep them out.

The Cowboys' only game of the week was cancelled when their opponent, USC, chose to pause all team activities due to COVID issues within the program. The Pokes are still without a single Quad 1 or Quad 2 win this season and their loss earlier in the year to Oakland looks worse now after the Grizzlies have lost back-to-back games. This offense simply will not get the job done in conference play unless it gets significantly better. They turn the ball over too much and struggle from both beyond the arc and from the free throw line. They are also a significantly below average defensive rebounding team. KenPom projects OSU to both lose 6 of their first 7 conference games and 5 of their last 6 conference games. I wouldn't be surprised to see this team win a few games in conference play this year, but they have not impressed to this point.

The Wildcats won their only game of the week, against a pitiful McNeese State squad. This team still has a very pedestrian offense and the 2nd least efficient defense in the conference (only TCU's is worse). They still lack experience (least experienced team in the conference per KenPom). The Wildcats will probably pull of a few upsets this season but it is hard to see them making the NCAA Tournament unless they get significantly better and that improvement needs to happen soon. KSU should be competitive in their first few conference games where they'll face, in order, Texas, West Virginia (on the road), and TCU. If they win 2 of those games, it could set the tone for the remainder of their season. If they lose 2 or 3 of those games, they'll be digging themselves a hole before immediately starting a stretch of games where they'll play, in order, Texas Tech, @Texas, Kansas, and @Baylor.

1) TJ Otzelberger, Iowa State. In year 1, he has led a 2-22 team that lost most of its talent to an undefeated record.

2) Porter Moser, Oklahoma. In year 1, after losing arguably their 3 best players, he has led the team to several impressive wins and a 10-2 record.

3) Scott Drew, Baylor. Replacing 4 starters from last year's squad, he has his team as the unanimous #1 program in the nation.

4) Mark Adams, Texas Tech. In year 1, after losing a multitude of key contributors, he has his team playing excellent defense and boasting an 9-2 record. 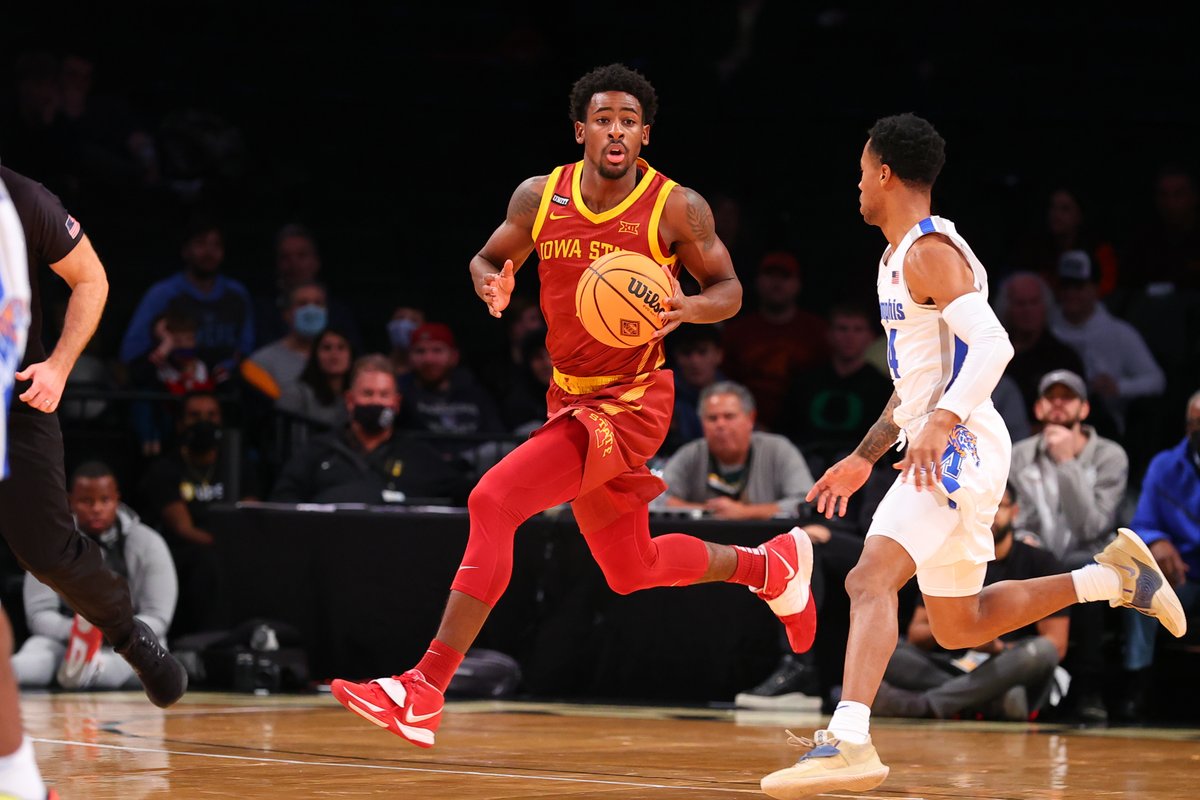 1) Ochai Agbaji, Kansas. Leads the league in scoring and is 2nd win shares (per sports-reference.com).

4) Mike Miles, TCU. Top 4 in the league in scoring and assists.

1) Matthew Mayer, Baylor. League leader in defensive rating; 2nd in the league in defensive box plus/minus and in block%.

4) Jonathan Tchamwa-Tchatchoua, Baylor. 3rd in the league in defensive rating.

1) Kendall Brown, Baylor. Leads all freshmen in scoring and FG% and is top 3 among freshmen in assists and steals.

2) Tyrese Hunter, Iowa State. Leads all freshmen in steals and assists and is second among freshmen in scoring.

3) Jeremy Sochan, Baylor. Leads all freshmen in defensive rating and is 2nd among freshmen in win shares and box plus/minus.

2) James Akinjo, Baylor. Leads the league in assists and steals. Check out my post about how important James has been this season.

3) Tanner Groves, Oklahoma. Top 7 in the league in scoring, rebounding, and FG%.

4) Timmy Allen, Texas. Top 12 in the league in scoring, rebounding, steals, and TS%. 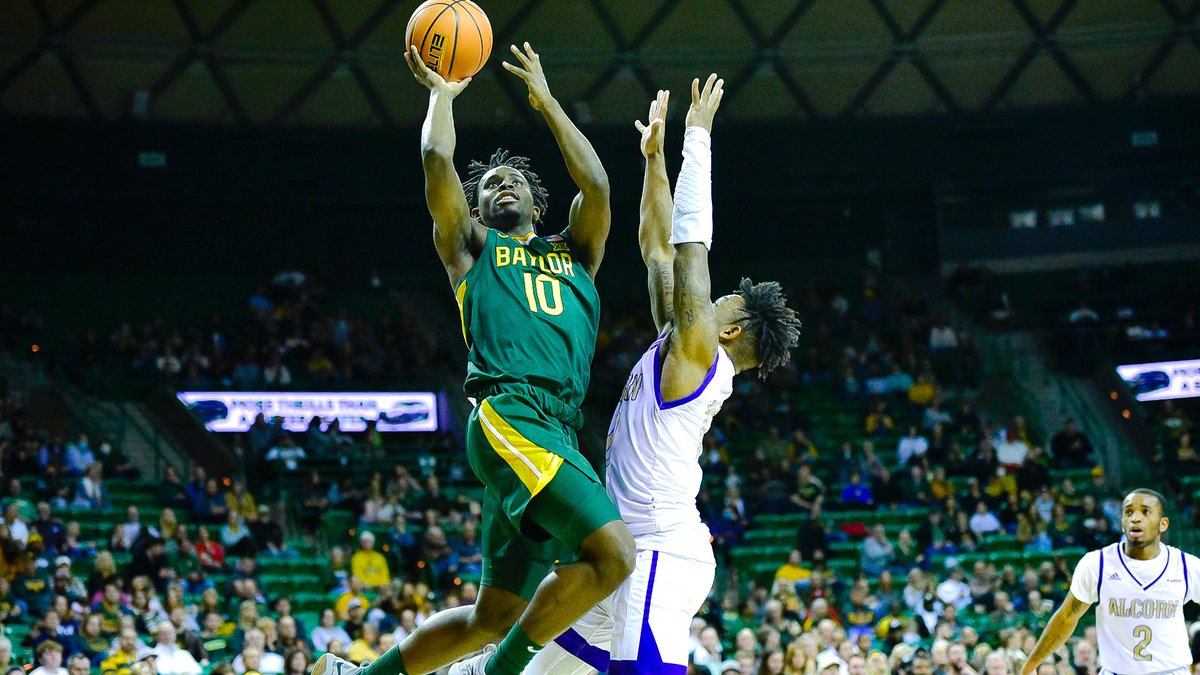