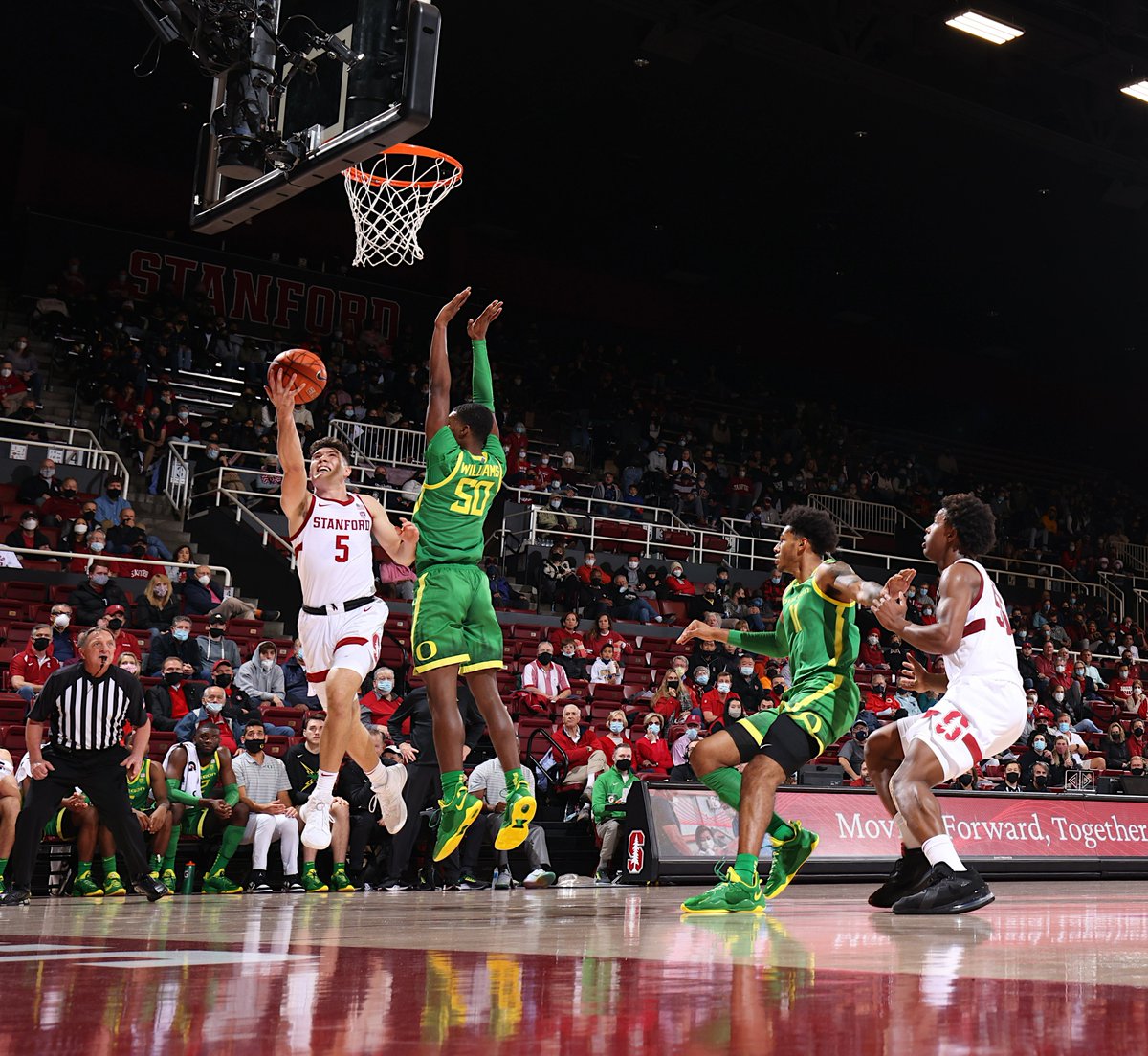 If you saw my Big XII Power Rankings post, they you already know that this will be my last scouting report for the foreseeable future posted on this site. Maybe instead of a swan song, this can be my duck song. For those of you who have read the scouting reports that I've posted on here this season, thank you for taking the time and for your support. You will be left in the capable hands of Branden MacKinnon who has been brought on board by ODB as a regular contributor. I will continue doing FanPosts here and there because I genuinely enjoy writing about Baylor basketball and it's a better use of my free time than some of the other things I could be doing. Down the road, I may look at picking the scouting reports back up but for now, I am looking forward to branching out and experimenting with different types of content (like the piece I wrote about Matthew Mayer) that is hopefully both interesting and informative.

In my last scouting report, on Villanova, I was wrong about it being Baylor's toughest test (VCU still claims that honor) of the season. I did get it right in saying that Baylor's length would bother Nova's forwards who went a combined 3/20 (15%) from the field in the game (that same trio averages a combined 30 PPG on the season). Further, I'll pat myself on the back for predicting that we would be able to chase a good 3P shooting team (top 10 nationally in 3P shooting) off the three-point line (we held them to 22% from deep). Finally, I said that I didn't think we would have as much trouble rebounding against Nova as Syracuse did, and sure enough, that's how it happened (we outrebounded the Wildcats 42-35).

This program does have a national championship (1939) and has had a Final Four run as recently as 2017. Additionally, the team has made 7 of the last 8 NCAA Tournaments and has won 4 conference titles in the last 6 seasons. This team came into the season ranked 13th in the preseason AP poll and after having won 20+ games in 11 consecutive seasons, expectations for this squad were high. These expectations came despite the team having lost 4 of its 5 leading scorers from last year's team (including, most notably, Chris Duarte and Payton Pritchard who are both in the NBA now). The Ducks won their first 2 games of the season (including a 23-point route of a respectable SMU team) before suffering an embarrassing 32-point defeat at the hands of BYU. They also hold losses to Saint Mary's, Houston, and a pair of teams Baylor has already knocked off (Arizona State and Stanford). Their 6-5 start to the season makes them one of the nation's more disappointing teams so far in the season.

Dana Altman - Head Coach - 12th Season with program. The Nebraska native played JUCO and Division II ball before going immediately into coaching. His coaching career started at the JUCO level before he went to Kansas State as an assistant under Lon Kruger. Altman then took a head coaching position at Marshall before returning to Kansas State and then Creighton before finally taking the Oregon job. He is now the winningest head coach in Oregon history. He is known as a fiery coach with a knack for pushing the right buttons with his teams late in games.

Will Richardson - #0 Senior 6'5" Guard - Georgia native leads the team in scoring, assists, and 3P%. He has now appeared in 96 career games for the Ducks (averaging 28 MPG). He is a versatile, high-volume scorer (11 PPG this year on 42% from the field and 42% from deep on 4.5 attempts per game). The four-star prospect had offers from Tennessee, USC, Wichita State, Butler, Oklahoma State, Miami, Virginia, and Memphis among many others. As Richardson goes, so go the Ducks (in the 6 wins: 14.8 PPG on 53% from the field; in 5 losses: 8.2 PPG on 31% from the field).

De'Vion Harmon - #5 Junior 6'2" Guard - Denton, Texas native spent his last 2 seasons with Lon Kruger's Sooners. Last year, he averaged nearly 13 PPG on over 47% from the field. This year, his scoring output and efficiency are down considerably (9 PPG on 39% from the field). He is a high-energy, ball dominant guard with great quickness in transition. Fun Fact: He is 0-3 against Baylor in his career, averaging 4.5 PPG on 26% from the field in more than 27 MPG. The former top 50 prospect coming out of high school had offers from Marquette, Oklahoma State, Texas, and Baylor. In fact, Baylor was the last school Harmon visited before committing to Oklahoma in 2017.

Jacob Young - #42 Senior 6'3" Guard - Houston native is well travelled, having spent his first 2 seasons with the Texas Longhorns and the last 2 at Rutgers before joining the Ducks this year. Like Harmon (above), his scoring output and efficiency has taken a significant dip this season (from 14 PPG on 47% from the field and 37% from deep a year ago down to 9 PPG on 38% from the field and 20% on three-pointers now). He is 2/18 (11%) on three-pointers over the last 8 games. He is a disruptive defender who is good at jumping passing lanes on the perimeter.

Eric Williams Jr. - #50 Senior 6'7" Forward - Michigan native spent 2 seasons with the Duquesne Dukes before joining the Ducks last year. He is a high-volume scorer (averaging over 12 PPG in nearly 100 career games). He is a versatile scorer with range (he is shooting a career high from beyond the arc this year; 43% on 3 attempts per game). He is also a gifted rebounder and defender. Over his last 4 games (did not play against Arizona State), he is averaging just 5 PPG on 34% from the field. He is an impressive athlete, especially his leaping ability. He is an efficient rebounder and disruptive defender (5th in the PAC-12 in steal%).

N'Faly Dante - #1 Junior 6'11" Center - Mali native big man has started 5 straight games after being gradually worked into the lineup following an injury. In those starts, he is averaging 11 PPG and 6.8 RPG on 73% from the field. He is an efficient low-post scorer. He is also an efficient rebounder (11.4 rebounds per 40 minutes). He currently leads the PAC-12 in 2P%. Fun Fact: He is a graduate of Sunrise Christian Academy where Baylor's Kendall Brown attended high school.

Quincy Guerrier - #13 Junior 6'8" Forward - Canadian forward transferred to Oregon this year after playing for Syracuse for the last 2 seasons. He is a relatively inefficient scorer (44% from the floor and 29% from deep on 3.5 attempts per game this season). The former four-star high school prospect had offers from Oklahoma, SMU, Kansas State, Xavier, Illinois, Texas, Cincinnati, and Baylor among many others. He had his best game of the season in the loss to Stanford last Sunday (18 points, 9 rebounds, 1 block, and 2 steals on 55% from the field and 2/2 from deep) and followed it up with another strong performance against Portland on Wednesday (17 points, 5 boards, and 3 assists on 67% from the field).

Rivaldo Soares - #11 Junior 6'6" Guard - Boston native has come off the bench in every game this season (averaging 22 MPG). He is a JUCO transfer from South Plains College (in Levelland, Texas). He is a solid wing player who rebounds well. He is mostly a 3P shooter (over 54% of his FGAs are from deep) despite his poor 3P% (24% on 3 attempts per game). Over his last 3 games, he is averaging 8 PPG on 50% from the field.

Franck Kepnang - #22 Sophomore 6'11" Center - Cameroon native big man has appeared in all 11 games this season (14 MPG). He is an efficient low-post scorer (58% from the field) and rebounder (7.8 rebounds per 40 minutes). He is a good rim protector (2.6 blocks per 40 minutes). Flashy passer out of the paint although he sometimes struggles with quick doubles in the post.

Isaac Johnson - #33 Freshman 7'0" Center - Utah native is a deep bench big who has appeared in 8 games this season (7 MPG) but has not been used much in those games. He is a low-volume (less than 2 FGAs per game), high-efficiency (70% from the field) low post scorer. The former four-star prospect had offers from Gonzaga, Kansas State, BYU, and Utah. Fun Fact: He is older for a freshman because he went on a 2-year LDS mission (I wonder if he's into soaking *eyebrows eyebrows*).

Nate Bittle - #32 Freshman 7'0" Center - Oregon native is a deep bench player who has appeared in 10 games this year (5 MPG). The five-star (top 30) prospect had offers from UCLA, Gonzaga, and Arizona among many others. He hasn't had enough opportunity to show off his talent to this point.

Lok Wur - #15 Sophomore 6'9" Forward - Nebraska native is a deep bench player who has missed the last 4 games with a foot injury and is unlikely to play against Baylor.

Gabe Reichle - #10 Sophomore 6'2" Guard - Oregon native is a deep bench player who made his first and only appearance of the season (4 minutes) in garbage time against Portland on Wednesday. In that game, he did not record any box score stats. He is unlikely to play against Baylor until garbage time.

Ethan Butler - #14 Freshman 6'6" Forward - Toronto native has not appeared in a game this season and is unlikely to play against Baylor. 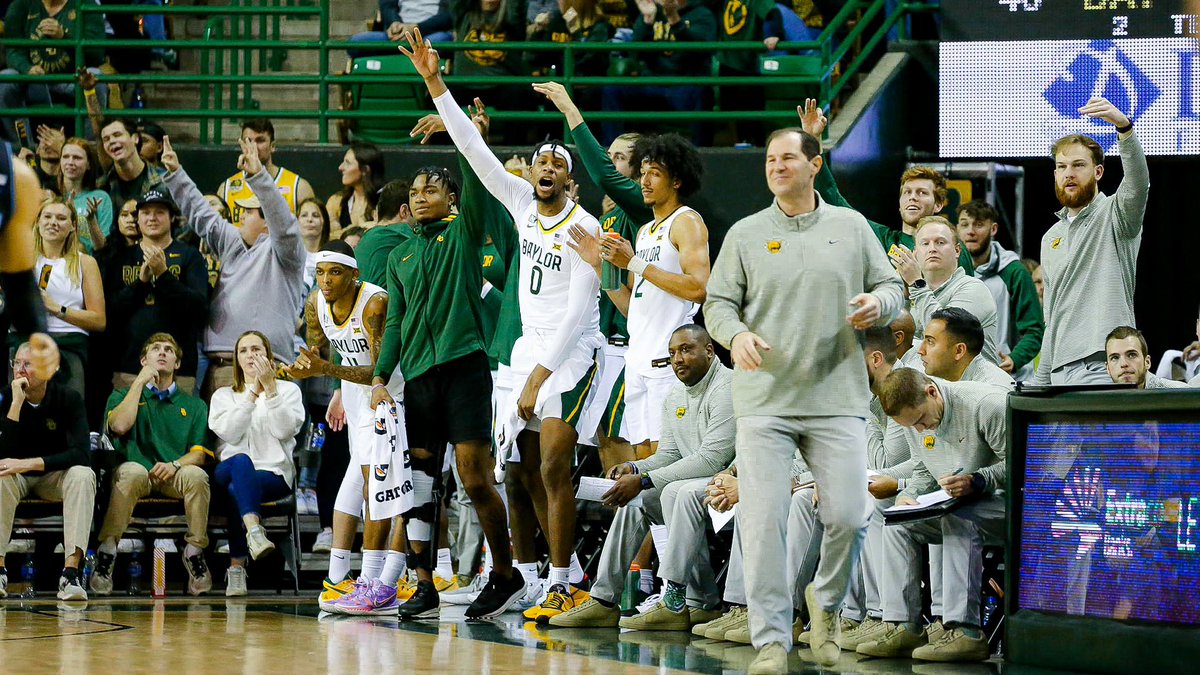 Oregon has lost both games against power conference opponents this month. If the Ducks want to be competitive against Baylor, the key for them will be drawing fouls. This is something the Ducks are rather adept at (they draw a foul on almost a quarter of their offensive possessions; compared to Baylor drawing fouls on less than 19% of possessions). Theoretically, this would allow Oregon to get our best players into foul trouble and would get them easy trips to the free throw line. There are three problems with this plan: 1) Baylor has the depth to withstand reasonable levels of foul trouble; 2) Baylor is smart enough to not let Oregon beat them from the charity stripe and to defend without fouling [the Bears rank in the top 50 nationally in FTAs allowed per game]; 3) Oregon is not a particularly good free throw shooting team (they rank 284th nationally in FT% at 66.1%). Oregon will (as others have) prefer a slower pace and try to prevent Baylor from getting out in transition. They will be unsuccessful in this endeavor. Baylor's swarming defense and full court press will speed up these Oregon guards and force turnovers such that we should see more Kendall Brown slams than we did against Nova. Fun Fact: Baylor is seeking their first ever win @ Oregon; they're 0-1 all time in Eugene, Oregon (2-0 all time in Waco against the Ducks). The Bears will go to halftime with a modest lead (around 8 points) before pulling away in the second half. Baylor will defeat Oregon 84-61.