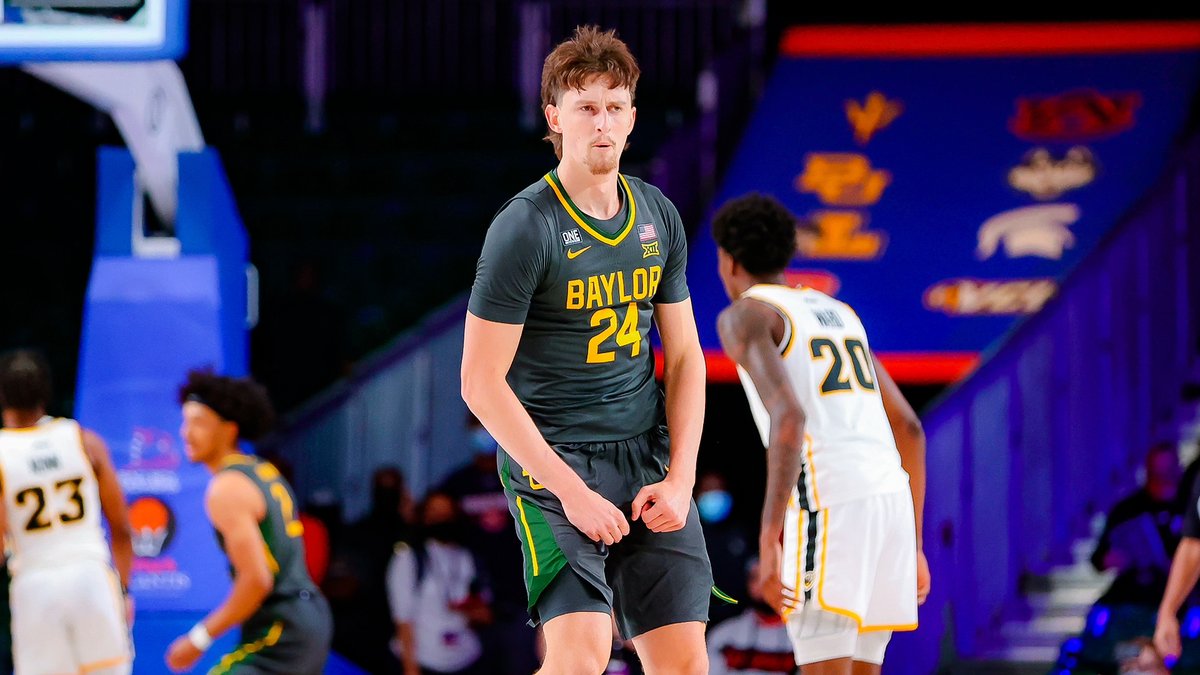 In my recent post, Big XII Power Rankings and Award Leaderboards, I put Baylor's Matthew Mayer (@MatthewMayer24) 2nd on my conference Defensive Player of the Year leaderboard. A year ago, that would have been unthinkable. Even 2 months ago, I would have expected Kendall Brown, Jonathan Tchamwa-Tchatchoua, Adam Flagler, Flo Thamba, and James Akinjo to be significantly better on the defensive end than Matt.

Not that he should need much of an introduction, but I'll give him one anyway. Matthew is an Austin native who, as a four-star high school prospect, chose Baylor over the Longhorns and Aggies. He has a fantastic mullet. He is a 6'9" forward with the shooting, passing, ball handling, and athleticism of a guard. His skillset is obviously very unique. In his first 3 years with the Bears, he appeared in 93 games (all coming off of the bench; less than 13 MPG). Over those years coming off the bench, he was considered an offensive sparkplug. Instant offense. A shot a minute guy. He would occasionally play out of control on offense, but the talent was apparent. Whether he was knocking down three-pointers or putting someone on a poster, you could tell that he was a difference maker on offense and you just hoped that he wouldn't be a liability on the defensive end.

Coming into this season, everyone knew that if Matthew was healthy, he'd be a starter for the first time in his collegiate career following the departure of 4 starters from last season's national title team. More opportunities for a guy with his offensive ability? It sounded like a recipe for Mr. Mayer to average 15+ a night (maybe even 20+). Instead, his offensive efficiencies appear to have regressed. His 2P% is down year-to-year from 55.4% to 45.1% (an 18.6% drop). His 3P% is down year-to-year from 39.5% to 34.1% (a 13.7% drop). His points per 40 minutes is down year-to-year from 20.7 to 18.7 (a 9.7% drop). Note: I do think that Matthew will eventually get back closer to wear he was the last 2 years from a scoring efficiency standpoint. While his offensive impact has been less than expected so far this year, his defensive performance has been one of the best surprises so far for the Bears. 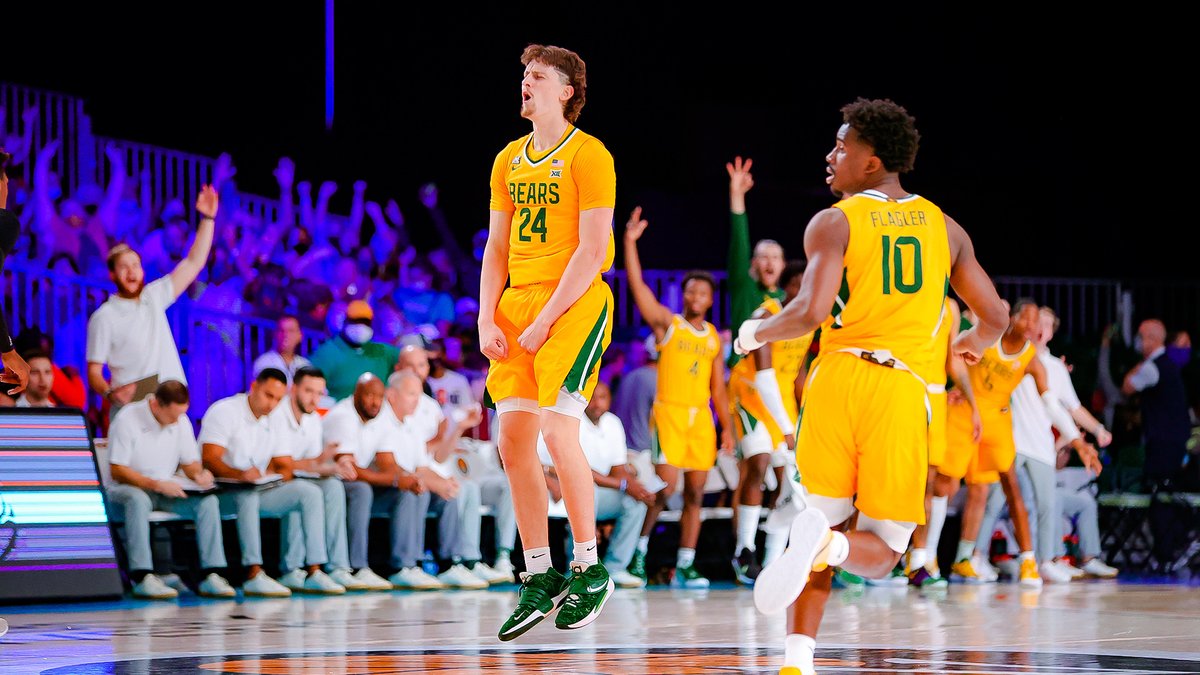 Matt is averaging career highs in a variety of defensive stats and metrics including the following:

Not only are these stats/metrics significantly improved, they also put him among the best defensive players in the conference. Below are his rankings among Big XII players in some key statistical categories: 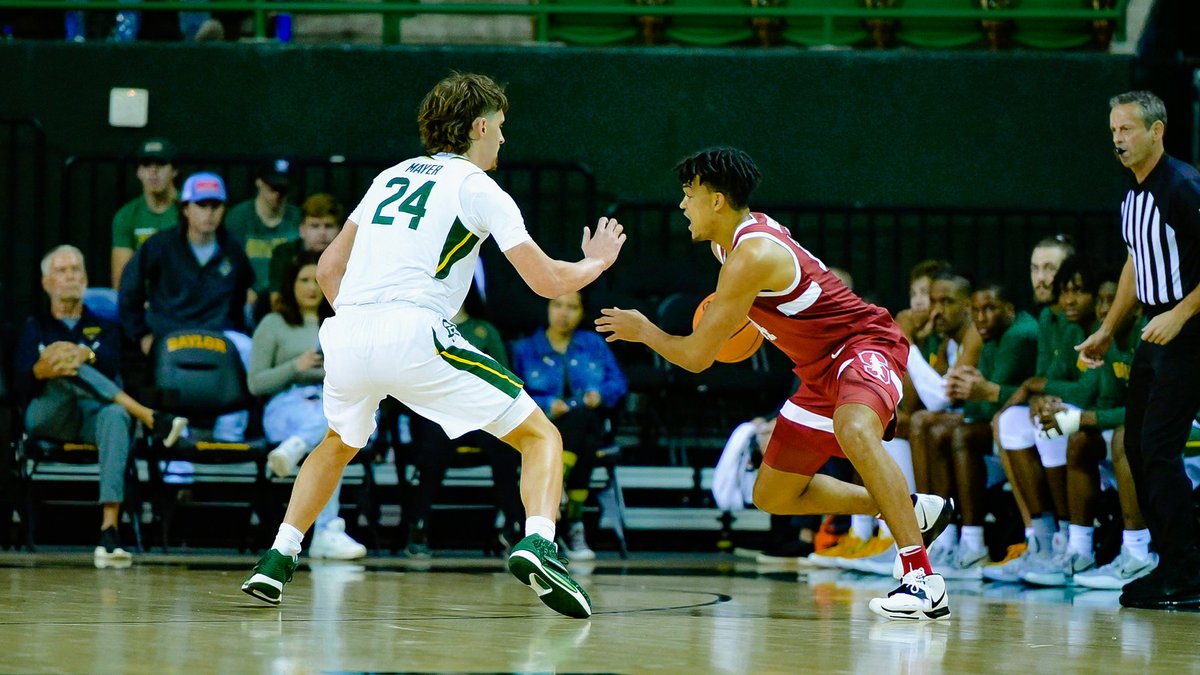 With Mayer's length and lateral quickness, he has always had the tools to be a great defender. Throw in the experience accrued from having played 100 games with Baylor and the ability to learn from guys like Davion Mitchell, Mark Vital, and Everyday Jon and here we are. Matthew has the ability to switch 1-5. He can defend both the perimeter and the post. One of the most important parts of playing defense after having the physical traits is having the toughness and effort level. Matthew has both in spades and it is showing up in a big way this year. He is unafraid of going to the floor to go after loose balls and he's aggressive trapping in the corners and along the baseline. He has been really good as a help defender to this point, not losing his responsibility and knowing precisely when and where to spring the trap.

Matthew is a big part of the reason why Baylor had a historically dominant defensive performance against an excellent Villanova team last Sunday. In years past, teams may have tried to isolate Matthew on one of their better guards to create a mismatch. Now, the mismatch is in Mayer's favor and the last thing a smaller guard wants to see while driving toward the basket, is this long, strong senior stepping up to stop them.

Of course, it helps that Matthew's teammates have been playing so well on the defensive end this year. Baylor ranks 2nd nationally in adjusted defensive efficiency (per KenPom) and Mayer's supporting cast is excellent. The Bears do a great job rotating after being initially broken down by penetration. This allows a guy like Matthew to be more aggressive in help defense. This is especially true when Matthew is assigned primary responsibility for guarding the other team's PF. If Mayer were in for Baylor as a guard or SF, he may need to stick a little tighter to his man. However, Scott Drew and his staff have pushed the right buttons so far with this defense and Matthew is flourishing on that end of the floor. 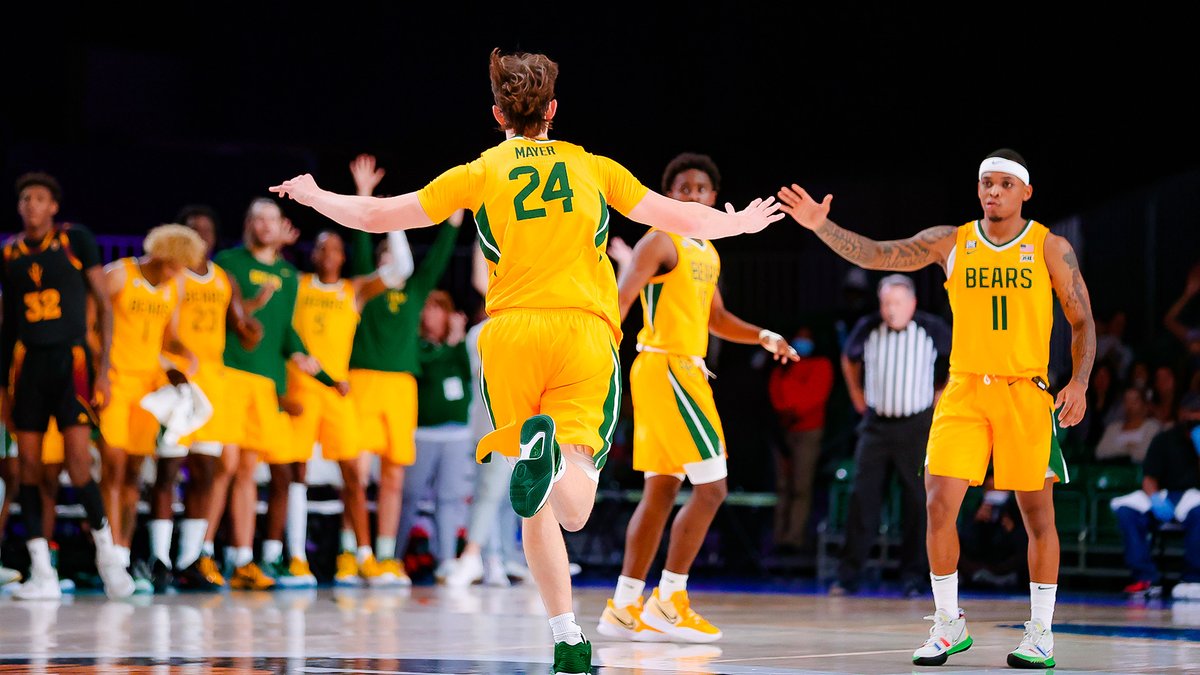 Matthew and the rest of the defense will be tested once Big XII play starts. 7 of the league's 10 teams are in the top 100 in adjusted offensive efficiency (per KenPom), including Kansas which ranks 3rd in that metric nationally. Additionally, Alabama (who Baylor will play as part of this year's Big XII-SEC challenge) is also a top 10 offense. Still, if the Bears can shut down Villanova (who ranks 6th nationally in offensive efficiency even after the beatdown by the Bears), and they did, then they should be able to stifle just about anyone. Sure, there will almost certainly be some higher scoring games this season where the opponent hits a lot of tough shots, but those games should be few and far between (plus, Baylor's offense is good enough to win shootouts as well as pitchers duels).

To say that Matthew Mayer is the best defender Baylor has is a major compliment. Jeremy Sochan and Everyday Jon are both in the top 10 nationally in defensive rating. The suggestion that he may be one of the best defensive players in a conference wherein every team is ranked in the top 60 defenses in the country (per KenPom) including 4 in the top 20 is even more incredible. The stats and the film back up such assertions. If more of Matt's jump shots start falling, I wouldn't be surprised to see his defensive intensity continue to rise. If Baylor wants to bring home more hardware this season, Matthew and his stellar defense will need to play a major role. His defensive improvement should also help his draft stock as well.