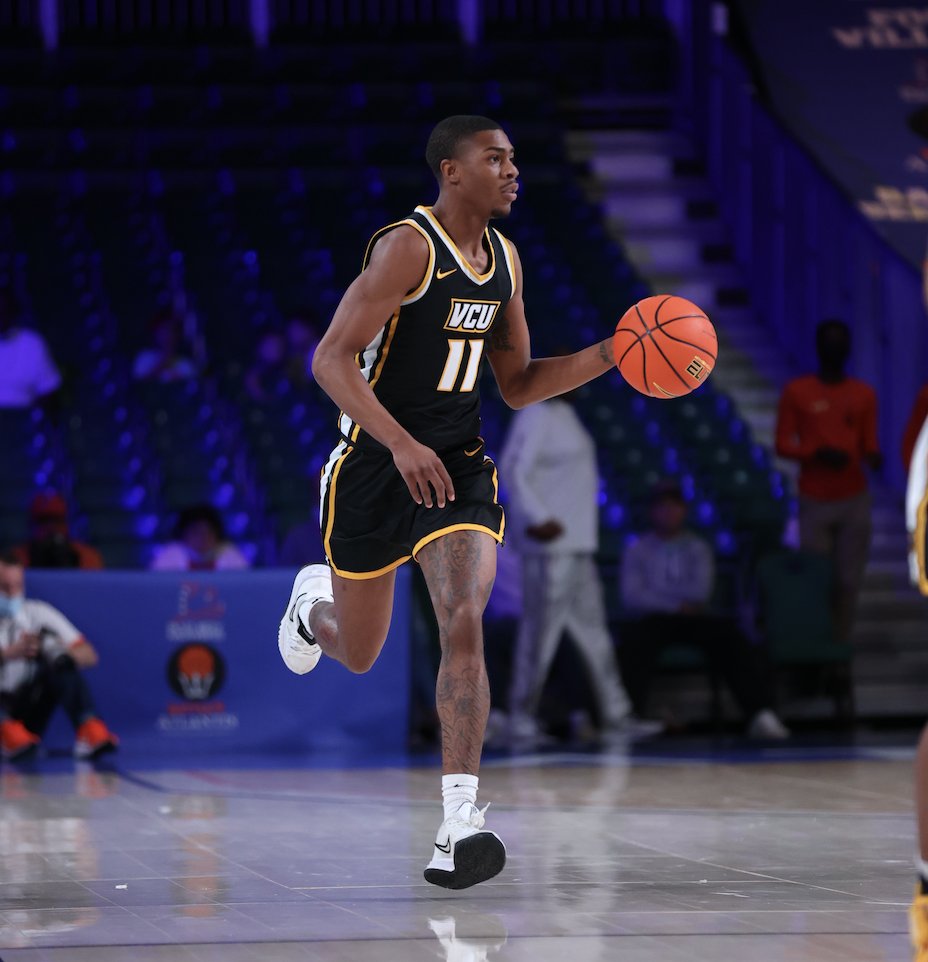 Predictably, this report is not as extensive as earlier ones because there was no way to know who the Bears were going to face until less than 24 hours before the next matchup. As such, the only players discussed in the "Roster" section are those who have gotten significant minutes this season. The good news is that there will be a more traditional "Film Study" section (unlike the last two reports I've done). Also, Happy Thanksgiving!

In my last post, on Arizona State, I was wrong in predicting such a high-scoring game (138 points were scored compared to the 175 I predicted). Still, the margin of victory was 12 where I predicted it to be 13 and I was glad to see Baylor win the turnover battle as I expected. Overall, yesterday was a great game for the Bears because they got punched in the mouth early by a fairly talented team and responded well. Also, having Flagler back in the lineup was another bonus.

A mid-major that has been a regular participant in March Madness in recent history (12 appearances in the last 17 years), though they rarely advance (only once in program history have they made it past the first weekend and that was in 2011 as a part of their magical Final Four run). This year, the team lost its star from a year ago (as Bones Hyland is now in the NBA). The Rams will also be without Jamir Watkins and Adrian Baldwin Jr. (each of whom were among the team's top 4 scorers last year) as both have suffered season-ending leg injuries (a knee and an achilles). Baldwin was also the team's leader in assists and steals a year ago. Vince Williams Jr. is the only returning player who was among the top 4 scorers last season. The Rams had started the season 2-2 alternating wins and losses. Their losses came against Chattanooga and Wagner (VCU scored a combined 98 points in those 2 games) and their wins have come against Saint Peter's and Vanderbilt (they held the Commodores to 37 points). Most recently, they had their best (and highest scoring) game of the season in Atlantis where they dissected Syracuse's zone and got to the rim early and often.

Mike Rhoades - Head Coach - 5th (contiguous) season with the program (he was an assistant with the Rams from 2009 through 2014 [on Shaka Smart's staff] before taking the HC position at Rice). The Pennsylvania native was a two-time All-American at the Division III level in the mid-90s. Since becoming the head coach in Richmond, the Rams have had a winning record in all 4 seasons under his leadership. He took over a team that had won (under Shaka Smart and Will Wade) 25+ games in 8 consecutive seasons.

Jayden Nunn - #23 Freshman 6'4" Guard - Flint, Michigan native went to high school in Arizona. He was a one-time Iowa State commit who had offers from Kansas, Butler, and Arizona State. Fun Fact: He was a very accomplished youth bowler. He is a dynamic scoring point guard. He has struggled with his efficiency so far this year (39% from the field) although the 3P shot has looked okay (4/12 [33%] thus far from beyond the arc). His assist-turnover ratio (0.67) leaves a lot to be desired for the team's primary ball-handler.

KeShawn Curry - #11 Senior 6'4" Guard - Jacksonville, Florida native started just 4 of 62 games played in over his first 3 seasons on campus. He is now firmly in the starting rotation (averaging 31 MPG). He mostly scores as a slasher getting into the paint (only 22% of his attempts are three-pointers, he is 37% from deep this season). He is a disruptive defender. He is very athletic and dangerous in transition. Praised by the coaching staff for his unselfishness.

Vince Williams, Jr. - #10 Senior 6'6" Forward - Toledo native has played in 85 career games for the Rams including 30 starts. He is a physical, left-handed wing who is versatile on the offensive end. He has developed a reliable 3P shot (39% over last season and this one on over 4 attempts per game). He is effective attacking the basket as well, although his efficiency is not great (42% on his 2P attempts this year and last). He is active on the glass. He has been turnover prone this season (he averaged 2.5 turnovers per 40 minutes last year and is averaging 4.7 turnovers per 40 minutes this season).

Levi Stockard III - #34 Senior 6'8" Forward - Saint Louis native spent his first 3 seasons at Kansas State where he played in 100 games (starting just 3 of those). He transferred to VCU and started all 25 games a season ago and remains part of the starting lineup this year. He is a physical presence in the post. He is a decent defender and rebounder. He is a medium-volume, high-efficiency scorer down low (VCU career 50% from the field on just under 5 attempts per game). Fun Fact: He was a star tight end in high school in St. Louis.

Hason Ward - #20 Junior 6'9" Forward - Barbados native anchors the frontcourt for VCU. He is an elite rim protector. Fun Fact: He once had 22 blocks in a single game in high school in Massachusetts. He is an athletic dunker who loves to finish alley-oops and also has soft touch in the mid-range. He is a good rebounder and has made a huge impact defensively this season.

Marcus Tsohonis - #5 Junior 6'3" Guard - Portland native is new to the team, having transferred from Washington where he played the last 2 years. He is a combo-guard. He is a versatile scorer with a nice floater and solid 3P shot (career 38% from deep). His shooting efficiency has struggled so far this year (35% from the field).

Josh Banks - #33 Sophomore 6'5" Guard - Charlotte, North Carolina native is an athletic guard. The coaching staff considers him a true three-level scorer despite him struggling mightily on his 3P shot in his first 26 collegiate games (6/30 [20%]). This year he is averaging 13 MPG.

Nick Kern - #24 Freshman 6'6" Forward - Saint Louis native is considered a high motor guard who gives great effort. He led his team to 3 state championships in high school (the same HS where Stockard [above] went). He is averaging almost 11 MPG this season and is 6/15 (40%) from the field in those minutes.

Jalen DeLoach - #4 Freshman 6'9" Forward - Savannah, Georgia native is an athletic big man. He was also offered by Kansas State. He is averaging just over 10 MPG this season and has been an efficient scorer (50% from the field) and rebounder (averaging 10.7 rebounds per 40 minutes) in those minutes. Fun Fact: His brother is on the Florida State football team.

Mikeal Brown-Jones - #2 Sophomore 6'8" Forward - Philadelphia native is considered by the coaching staff to be an elite defensive forward with great instincts. He has appeared in 30 career games for the Rams (just under 9 MPG). He has thus far been an inefficient scorer (39% from the field and 14% from deep) and his talent has not shown up in the stat sheet yet.

Virginia Commonwealth's game against Chattanooga (KenPom Rank: 117/358) on November 20, 2021. Final Score: The Mocs defeated the Rams 56-54. Note: I chose not to do the film from yesterday's game because it is not likely analogous to how VCU will play against the Bears (who do not use a zone defense). 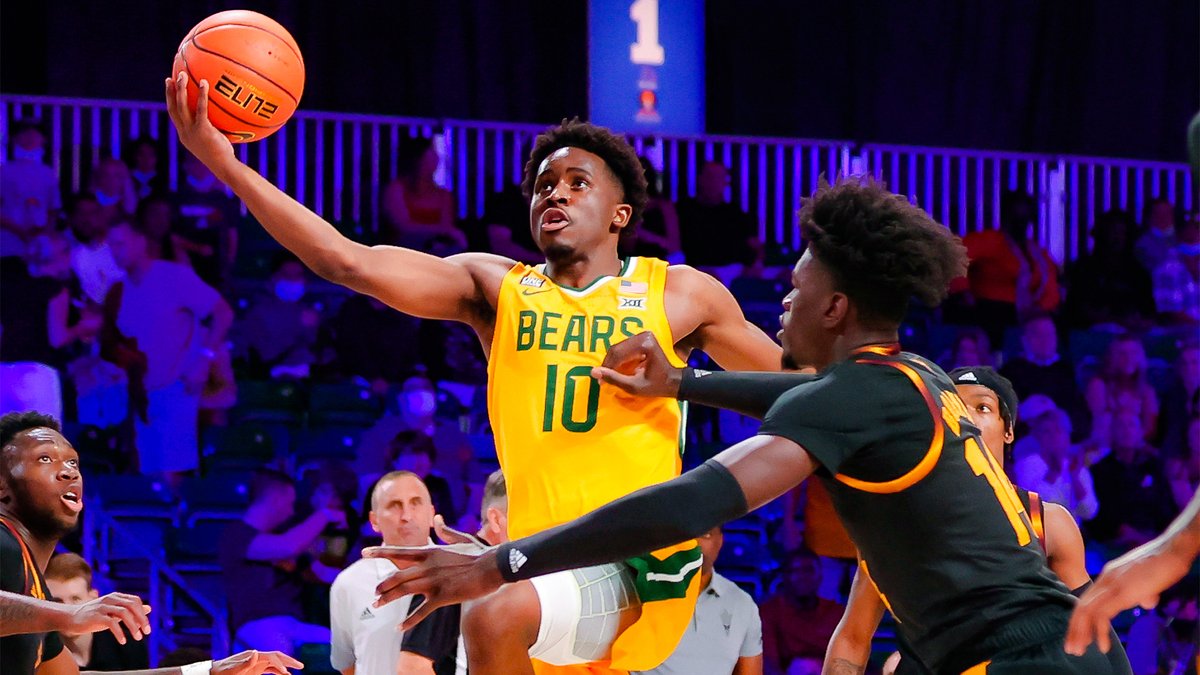 This could turn into a defensive slugfest as both of these teams defend well (both in the top 15 nationally in defensive efficiency). The key for Baylor will be ball security and keeping the Rams from getting easy buckets in transition. They should also be careful of allowing to many lob opportunities for VCU which was a big part of their success against the Orange. Fun Fact: Baylor has won the only previous meeting between the schools (in 2016). I expect the Bears to continue using high ball screens to create mismatches and allow Baylor's ball handlers to get downhill. Baylor will be patient in the half-court offensively and the guards (plus Mayer) will continue to shine. Additionally the defense will convert turnovers into some monstrous dunks (ahem, Kendall Brown) and overall, the Bears will handle to press better than most. Baylor will defeat Virginia Commonwealth 74-58.