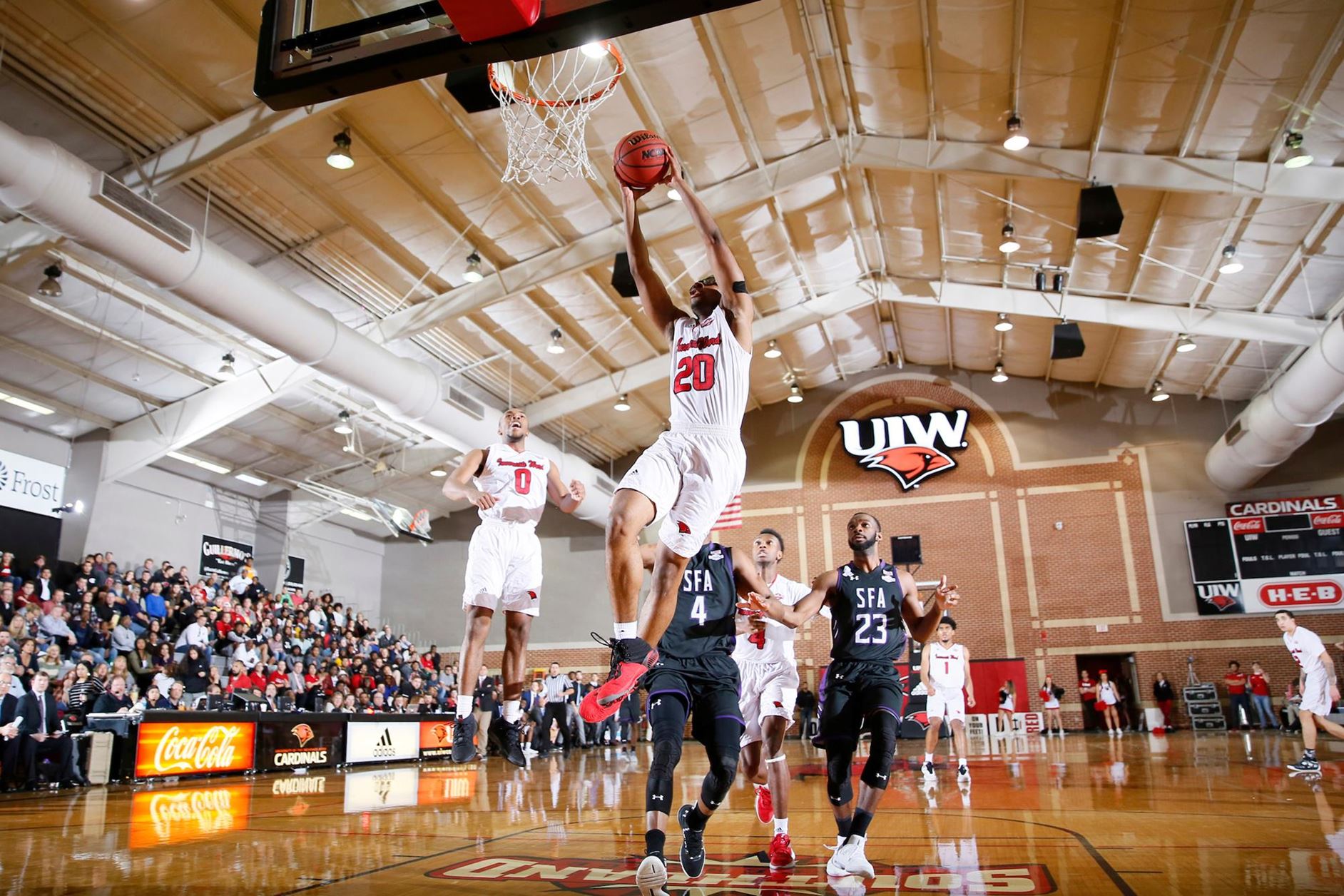 This is my first post on this site. Last year, I started doing these scouting reports for Baylor MBB games. The idea behind them is that it is more enjoyable to watch the game (and root for the Bears) if you know a thing or two about the other team. An additional bonus is showing off your knowledge to family and friends by sharing obscure fun facts and statistics with them during the game and being told, "you care way too much about Baylor basketball." Most of the research that goes into these reports is fairly rudimentary. I will try to do one for every opponent we face this season. As we go along, they should be more informative as I am better able to study film on upcoming opponents.

The Cardinals joined Division I in 2013 as a part of the Southland Conference. Fun Fact: Baylor will play 3 Southland teams in their nonconference schedule this year including their first 2 games of the season. After transferring from Division II, the Cardinals were ineligible for postseason play until 2018. In their last 3 seasons, the Cardinals have gone 23-61 (27%). Last season, the team had 4 games cancelled outright due to COVID-19 as well as 4 postponements due to either the pandemic or weather (winter storm last February). UIW lost their final 6 games of the season to finish 8-14. Last year, UIW was 2nd in their conference in 3P% and also in 3Ps allowed. They finished near or at the bottom of the conference in most statistical categories including notably, free-throw attempts, free-throw attempts allowed, and rebounds per game. Last year, the Cardinals qualified for the conference tournament for the first time in school history. This year projects to be another tough one for UIW as they lost their top 2 scorers from a year ago along with their top 2 leaders in rebounds, assists, steals, and blocks. Keaston Willis, the team's only 10+ PPG scorer last season (averaging nearly 19 PPG) transferred to Louisiana Tech. Marcus Larsson, the team's best big man from last year, transferred to the University of Illinois-Chicago (the Flames). Des Balentine, another leader from last year's squad, is now a graduate assistant for the program. New players and returning players in new roles is the norm and something both teams in this game will be facing.

Carson Cunningham - Head Coach - 4th season with the program. Indiana native played point guard at Oregon State where he broke Gary Payton's freshman scoring record. He transferred to Purdue, where he was a 3-year starter. He played internationally for a couple of seasons in Estonia and Australia. He earned a Ph.D. in American history (also has a MBA) from Purdue and became a professor of history at DePaul where he taught for 7 years. He is the author of 5 books. Since arriving at UIW, he has placed a strong emphasis on academic performance and community engagement for his players.

Brandon Swaby - #5 Junior 6'3" Guard - Top returning scorer and minute getter. Swaby is a Florida native who struggled mightily as a freshman and started to put the pieces together last year. He attempted more than 3 3P attempts per game, converting over 43% (after hitting just 27% as a freshman). Likely to play off-ball, SG-type role.

Josh Morgan - #13 Sophomore 6'3" Guard - This Canadian guard primarily came of the bench a year ago. Horrible efficiency on his 2P attempts (34%) as a freshman but a solid 3P shooter (45%). However, only 40% of his field goal attempts were from deep. Showed promise as a perimeter defender.

Robert "RJ" Glasper - #1 Senior 6'0" Guard - Arkansas native, grad transfer from Oral Roberts where he only played one season (shortened by injury) after three seasons at Arkansas Tech (the Wonder Boys, Division II). High-volume, moderate efficiency scorer (44% from the field and 35% from deep last year; 11 PPG). One of the most productive players in program history at Arkansas Tech (6th all-time with 18.7 PPG and over 400 assists). Disruptive perimeter defender.

Johnny Hughes III - #11 Senior 6'8" Forward - North Carolina native, grad transfer from Mount Olive (in North Carolina; the Trojans; Division II) where he spent the last 2 years. High-volume, high-efficiency forward who led the Trojans in scoring and rebounding last year, shooting 51% from the field and 43% from deep.

Benjamin Griscti - #24 Freshman 6'11" Center - Australian native played for the South Australian Premier League development team and led his team to the junior national championship and he won a player of year award. Intends to study mechanical engineering. Good defensive footwork and runs the floor in transition. Nice touch away from the basket.

Logan Bracamonte - #14 Sophomore 6'5" Forward - Hawaii native started 11 of 18 games played in as a freshman but only averaged 18 MPG. High-volume, medium-efficiency scorer (42% from the field and 38% from deep; over 77% of his field goal attempts last year were 3-pointers).

Dylan Hayman - #12 Freshman 6'6" Forward - California native was a high-volume scorer in high school as well as an excellent student in (4.0 GPA).

Bradley Akhile - #0 Senior 6'7" Forward - Houston native is a transfer from the (JUCO) Gillette College Pronghorns in Wyoming. Last year was his first at the NCAA Division I level. He struggled as a shooter (just 44% from the field including 25% from deep).

Thomas Zevgaras - #21 Sophomore 6'8" Forward - Greek native won two championships in the Greek Basketball League (junior professional). Played in 11 games (less than 7 MPG) for the Cardinals a year ago. Coaching staff raves about his strength, size, and passion for the game.

Charlie Yoder - #2 Freshman 6'4" Guard - Indiana native redshirted last year, appearing in 6 games. Shot 67% from the field including ¾ from deep a year ago. Played a season at the Spire Institute Academy (post-high school, in Ohio). He was a dominant high school player averaging over 27 PPG, 11 RPG, 5 APG, and 3 SPG on 63% from the field and also led his team to a 91-19 record and four conference championships.

Sese Hassan Mobutu - #10 Freshman 6'3" Guard - Native of the Democratic Republic of the Congo was a high-volume scorer and solid passer in high school.

Reggie Abram - #25 Freshman 5'9" Guard - Indiana native was part of the high school teams that combined to have the best winning percentage in school history. He is a National Honor Society member.

Bryan Armstrong - #20 Freshman 6'2" Guard - San Antonio native won two state championships in basketball (private school). He was a successful wide receiver for the football team and triple jump participant for the track team in high school as well. Bryan is an engineering major. His father played for UIW. 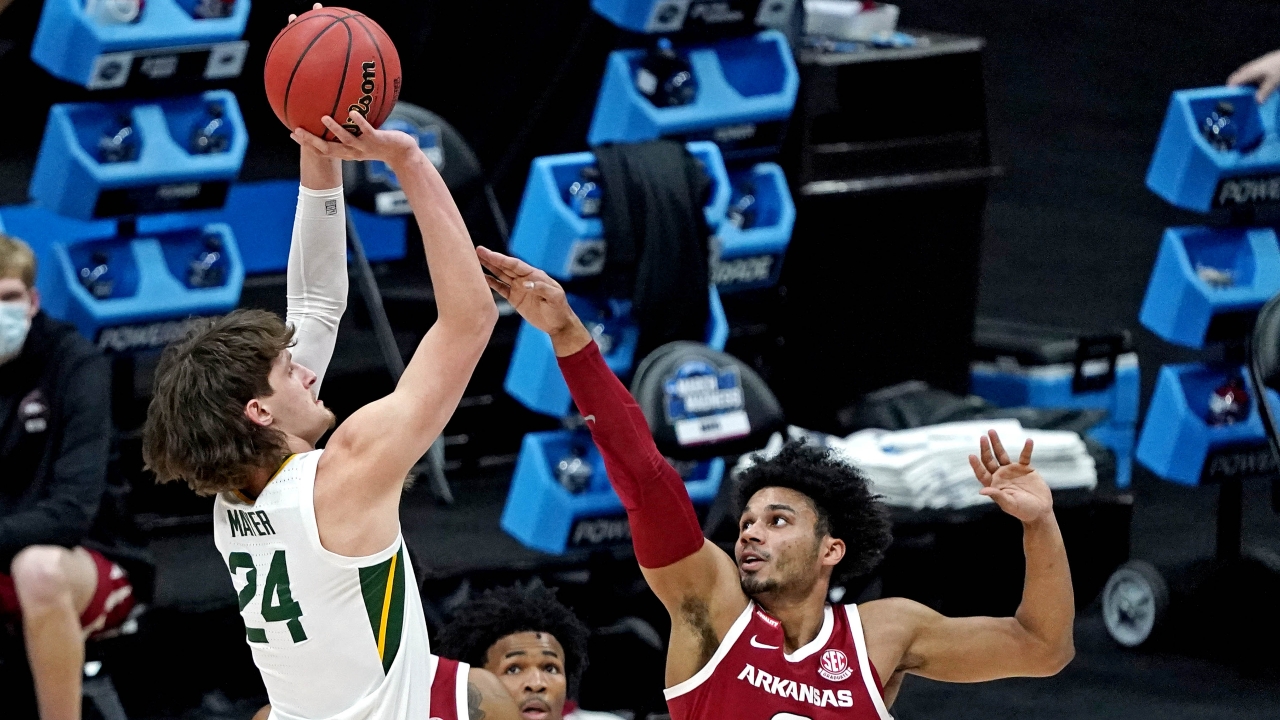 Baylor will look understandably rusty in at least the first 4-8 minutes of action (maybe even the entire first half). Turnovers and clunky ball movement will allow the Cardinals to hang around for a bit. Eventually, the offense will find its rhythm and settle down enough for Baylor to pull away in the second half (plenty of garbage-time minutes for our deep bench guys). After all, Incarnate Word projects to not only be the worst team Baylor plays this season, but one of the worst teams in the nation. If the Bears were to face this foe a few weeks from now I might say it'd be a 50-point beatdown. Baylor will defeat Incarnate Word 83-54.