Well, that wasn’t what any of us had in mind. Despite the 27 point victory and 536 yards of total offense, we at ODB know that the stat lines will only fool the casual AP voters in the upper Midwest. Our Bears have plenty to work on. Would you like a reminder of what a powerful passing attack looks like? Let’s do a quick compare and contrast with last year’s game in Dallas:

Duds. The two bombs that did go off for touchdowns were highlight material, but Baylor was 3/13 for 85 yards (with an interception) on the deep ball. Worse yet, most of those throws didn’t even have a chance to be caught, the TD to KD was underthrown, and I’m not sure how Russell missed seeing the safety on the interception. I went ahead and posted the entire 2015 game chart below, but suffice it to say that when we threw it deep in 2015 we went 5/11 for 218 and three touchdowns. Our yards per pass attempt dropped from 19.8 to 6.5

Intermediate Hell. Guess what? Our intermediate routes were even worse. 1/7 for 13 yards on what were primarily crossing routes. That’s just pathetic. Platt dropped one catchable ball, but receivers usually didn’t have much of a chance.

Pitch and Catch. I can almost cut and paste this from last week: The most consistent recipe for success was again the quick throw to the edges, where we went 19/24 for 154 (that’s 8 yards a catch and 6 an attempt). However, as was the case last week, we were unable to break any of those for significant yardage. SMU’s defenders played well in space, aided by the fact that most of those completions were on stop/hitch routes.

A New Ace? Last week I asked if you had any emerging favorites in the receiving corps. I found one this week: Blake Lynch. I love the energy he brings to the game, his game speed, his 6 catches on 8 targets for 95 yards, and his careful ball handling near the end zone. Platt’s a burner, but I think Lynch will be a star.

Next Mission. Rice is next, and we really should blow the owl out of the sky on the scoreboard and on the stat sheet, but want I really want is to see our offense play efficient, error-free football so that Zach Smith can have a quarter of really solid work.

Is KD the man to fill Coleman’s shoes? I honestly don’t know, but clearly the coaching staff is giving him every chance (10 catches on 16 targets for 93 yards and a TD).

To what do you attribute Russell’s lack of accuracy? Neck issues, trying to be too perfect (Bryce Petty syndrome), alien abduction? 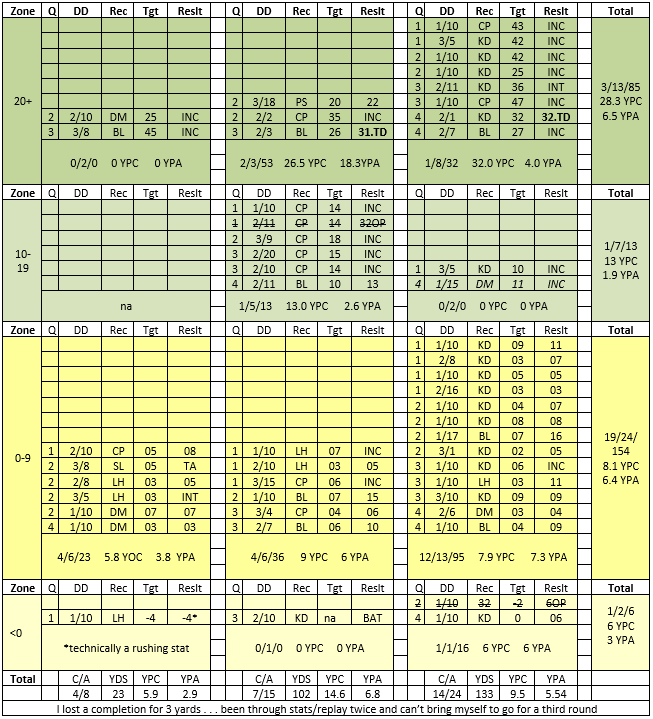 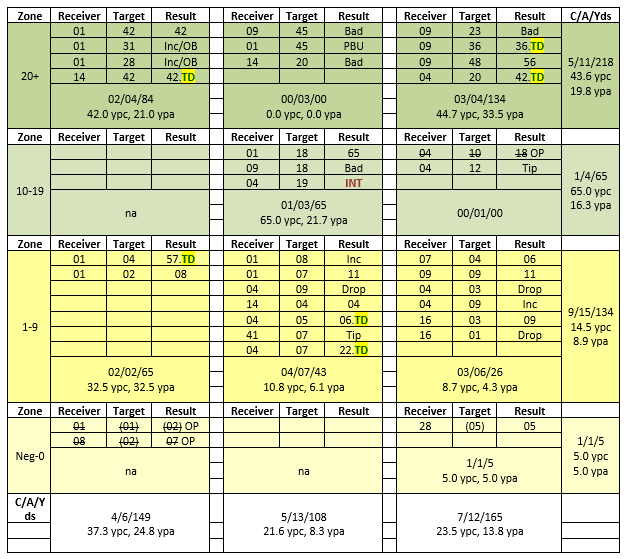