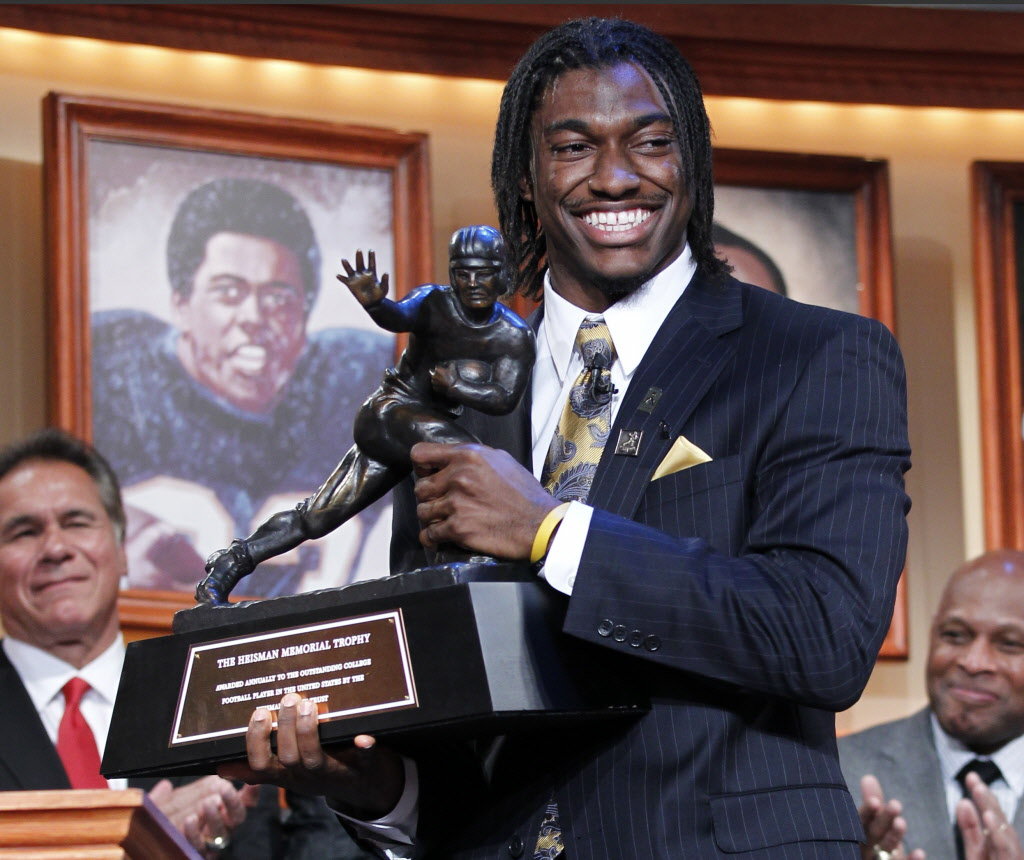 I hope everyone enjoyed the first weekend of college football. One of my favorites parts of college football is the awards watch lists, Heisman, Nagurski, Maxwell Award, etc. Sometimes we even win them. (See above.) These awards are great but have one key problem, players outside of Baylor are eligible to win them. Johnny Manziel, Jameis Winston, Marcus Mariota, the list goes on. In fact, only ONE Baylor player has won the Heisman. Here is my solution to fix this, Baylor awards. They're like regular awards but only Baylor players can win them.

Seth Russell was great in his first game, getting six (SIX!!!) touchdowns, but the nod goes to Corey Coleman for making SMU's top corner look like a Junior High B team player. Andrew Billings was wayyyy better than the stats indicate and the stats say he was pretty great.

How fun was it to see senior Jay Lee to go crazy for three touchdowns, so fun that he is now on the J.J. Joe Award watch list.

Grant Campbell's second half was one that Bryce Hager would be proud of. There's a lot to look forward to with him. Taion Sells had a great game and his interception was one of the coolest in recent memory.

Shock looked amazing, Devin Chafin looked like the strongest guy in Dallas, and somehow neither of them had the best run. Which went to Terrance Williams and his 56 yard carry. Also none of them are seniors. This is going to be so fun!

KD Cannon was his same explosive self, but those personal foul penalties can really hurt us down the road.

None of them caught a pass, so ties goes to the 400 pounder.

Spencer Drango was dominant in pass protection. Our guards did really well in the run game. A little disappointed in our center and right tackle.

How great was it to see Jamal Palmer causing disruptions in the backfield again after missing him all last year. Beau Blackshear was a steady force as usual.

I was overall not impressed with our outside linebacker play, but it's obviously hard to contain the creative SMU running game. The important thing is that they stepped up in the second half once Taylor Young went down. I hope he is fine and has a speedy recovery.

Our secondary play was rough at first, but the second half was incredibly encouraging. We handled a very creative spread offense and a lot of that credit goes to Matt Davis getting hurt, but also to much improved secondary play.

Drew Galitz averaging almost 50 yards a punt is not a bad start for the true freshman. Spencer Evans giving our kickoff squad touchbacks was really nice, and Chris Callahan did his job.

There are things we are better off not knowing, one of those is what Phil Bennett said at half time to our defense.

Stop getting suspended you guys. JUST STOP IT. I'm a bigger fan of Ryan Reid than a lot of people, but this game wasn't great for him, and KD can't be losing his temper like that.
Thus concludes the first edition of the Baylor Award watch. Hopefully, I'll provide an update after every game.

Who should be in the lead for the RG3 Award?