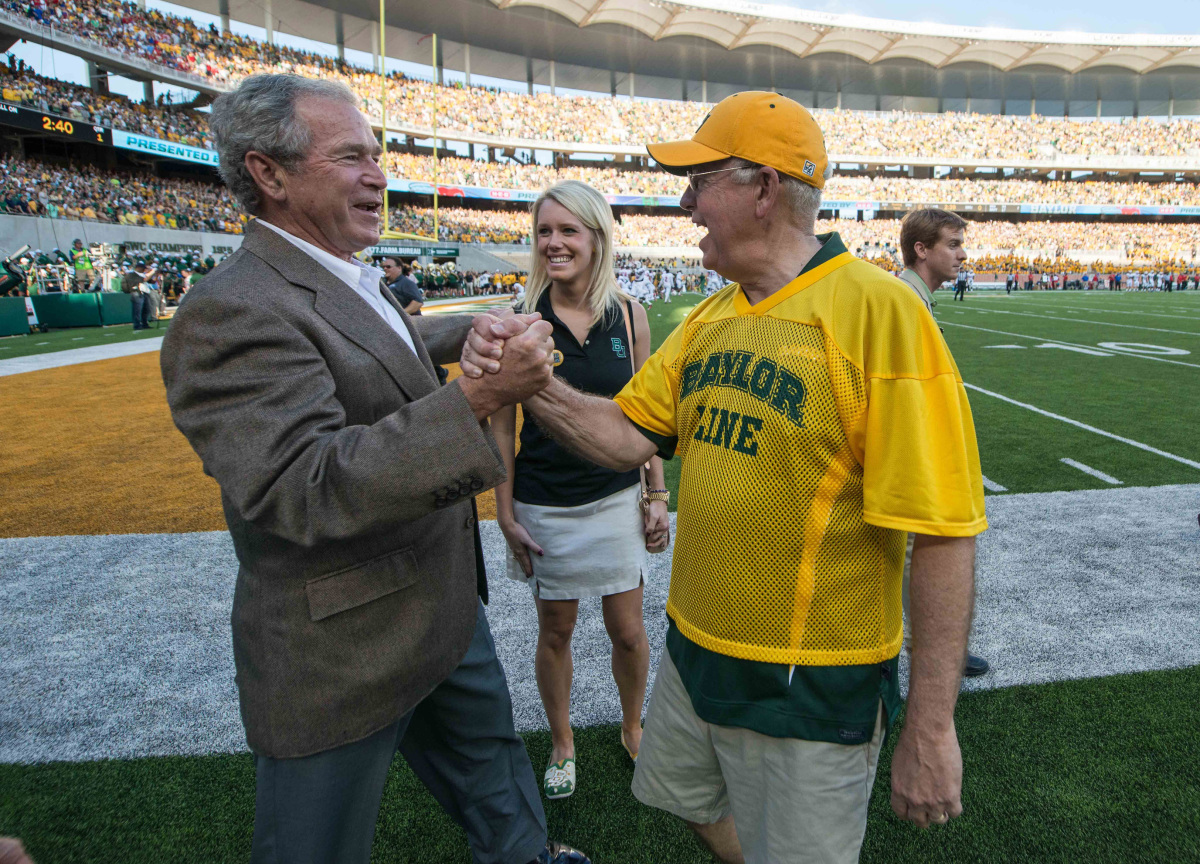 As we enter SMU territory to play a football game against the Mustangs, I couldn’t help my brain from tunneling down a wormhole that had never reached my consciousness. There are some striking similarities between Baylor football and SMU football beyond our geographical proximity, faith based traditions, and former SWC affiliation. Baylor and SMU meet for the 81st-time Friday. The Bears lead the all-time series, 37-36-7, and things are all tied up including an 18-18-4 mark in Dallas. This will be the first game in Dallas in the series since 2005. While we’ve never had the death penalty imposed on our football program like our Methodist brethren have, we’ve had our share of dark times. All of that is well and good, but what I wanted to bring up today is more about each of our new stadiums, their locations and how it could have all turned out differently.

Fourteen years before Baylor was able to bring football back to campus, SMU celebrated the opening of their new stadium and bringing their football team back to campus on September 2nd 2000. Last year’s opening of McLane Stadium (I believe we can all agree) was a monumental step not only in the establishment of Baylor Athletics but elevating the status of the University as a whole. The site location on the Brazos intersecting I35 has been well chronicled, photographed, and sail/tailgated. However, this would never have happened if not for an outside decision by George W. Bush and his SMU 1968 graduate wife Laura. On February 22, 2008 the Bush Foundation announced their decision to build the Bush Presidential Library on the SMU campus instead of Baylor’s. The site proposal for Baylor’s bid? Right where McLane Stadium now sits.

Perhaps not coincidentally, the man we now loving refer to as TGCAB was hired just a few months prior to the February 2008 announcement by the Bush family. This itself was a landmark decision that Ian McCaw made to hire Briles as many Bear faithful were pushing for former Baylor football great Mike Singletary. These fateful choices (though not enthusiastically cheered for at the time) have brought about arguably the greatest period in Baylor Athletics history.

So, if and when you run into a SMU fan tomorrow in the days to come, congratulate them on getting their Presidential Library. We’ll gladly take our McLane Stadium instead.

Would you rather have the Bush Presidential Library or McLane Stadium?