He's a camera. I didn't want you guys to find out this way, but here we are. - Andrew Weber-USA TODAY Sports
×

Hey ODB, we have a great community here filled with awesome folks who do awesome stuff and love the Baylor Bears. But have you ever wondered what some of the personalities of ODB are like when they're not on this wonderful website? Well, you're in for a treat because this is the first post in a series of Q&As with some of ODB's contributors. First up, TedVid.

If you like Baylor football and have access to the internet then you've probably seen at least one of Ted's amazing hype videos. They're popular on campus and amongst alumni. Ted even had a Team USA World Cup video go viral this past summer. So let's find out a little bit about the Master of Hype.

LH: So, where are you from?

TV: Piedmont, Oklahoma. Where the wind comes sweeping down the plains.

LH: What years did you attend Baylor and what's one or two of your
favorite memories from your time at BU?

TV: Fall 2008 until December 2011. Favorite memory is definitely my friend
group from freshman year. It was before everyone had Twitter and we used
it as a group text and it was awesome. Everything from haunted cemetery
visits to late night at Penland. Just a fantastic time.

LH: What did you major in at Baylor?

TV: This might come as a bit of a shock, but I majored in Film and Digital
Media.

LH: What got you in to the Hype Video game?

TV: Well, I first made one when I was still semi-operating as one of the
BaylorGuys and posted it on that YouTube channel. It kind of took off so
when I started blogging for ODB I knew I could contribute content in
that way. Once I made "Hey Baylor - Let's Do This" it seemed that
everyone was addicted to the hype so I had to deliver.

LH: What do you consider your best work?

TV: If we are speaking strictly about Hype Videos then I honestly don't know
if I'll ever top that one. The timing, the hopefulness on campus, the
way the offense was destroying people, stupid Jim Rome's rant. I feel
like I just capitalized on the right moment.


LH: What does the coming together of a hype video typically look like?

TV: So at this point every time a game or practice or something related to
the team comes out I download it and categorize for future use. The
structure is basically the same, try to tell the story of what is
leading up to the moment the team takes the field for the next game and
then unleash the highlights. Some people don't like the style because
they usually are slower paced in the beginning but I think that makes it
A) more cinematic B) more dramatic and C) more impactful. If it's just a
bunch of highlights then it is a highlight video, not a hype video.


LH: How did you become involved in the ODB community?

TV: Mark put out the call, I had basically stopped posting on BaylorGuys
(because I was out of college and there was no reason to keep that going
unless I became Andy Bernard) and I love Baylor sports. That's about
that.


LH: Describe an average day in the life of TedVid.

TV: Well lately I've been putting off getting coffee until I walk out the
door and get to the place just outside of my subway stop because it's
excellent and extra motivation to get out the door. Ride the subway with
my wife until I have to transfer and I listen to a podcast while sipping
my coffee and trying not let the crazy person on the train get too
close. Then work where I produce video for our clients, the commute home
is another podcast/reading and then it's any number of things - it's NYC
so you never know!

TV: I like my coffee black. Can't tell you how many times I just got a
french press and sat outside for hours studying/hanging out/reading.

TV: Everyone makes fun of me for how fast I eat, does that answer your
question?

LH: What is your favorite Baylor tradition?

TV: There was a kid my freshman year who actually kept his slime cap on
until after homecoming. I know it's silly and I didn't do it, but I
think that is ridiculously awesome. Other than that, being the group
that forever ended the guarding of the eternal flame from the upper
classmen, makes it bittersweet because that is truly an amazing
tradition.

TV: There is always something going on and I get to work on awesome
productions.

TV: This is cliché but the number of people gets a bit tiresome. You realize
quickly why New Yorkers have a bad rap for being rude. It is not so much
them being rude, it is you not having a clue that everyone around you is
also trying to get somewhere and they know where they are
going (do you see what I did there?). 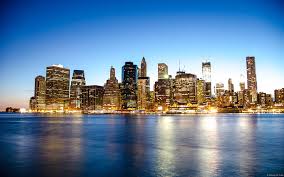 TV: Of all time? Probably Lost. That pilot episode is the best thing and the
first few seasons are amazing. Won't talk about that end though.

LH: Pickles, Peppers, and Onions on your Gut Pak?

TV: GIVE ME ALL OF THE OPTIONS.

LH: How did you propose to your wife?

TV: On the rooftop in NYC where we had our first kiss.

TV: After waiting out the rain delay and nearly dying in the stampede in the
concourse, getting to watch us become bowl eligible against Kansas State
was something else. The people in that stadium truly loved that moment
and so it will always be my favorite. Close second was the ice fog bowl
against Texas. Just awesome. Third (sorry I have a lot) was destroying
Mt. Saint Mary's after Omar Asik's trash talk and fourth was when Eddie
Lackey had that interception right before the half against OU - Loudest
noise I've ever heard I think.

LH: How do you select the music for your videos?

TV: I google: "How to annoy Baylor fans with music" and select the first
thing that pops up.

LH: Call of Duty or Halo?

TV: Halo only because I never really got into Call of Duty and was actually
pretty decent at the first two Halo games.

LH: What's next for Ted Vid?

TV: Probably going to make a bunch more of them vidjas.

Well, there you have it folks! Our own Theodore Video!

Thanks for reading. Ted, thanks for participating.