First things first: Isaiah Austin is a glorious individual. He has handled himself with poise during this difficult time since the announcement that his dream of an NBA career was over before it could begin. He has been an awesome witness of faith and joy in uncertain times, and the way he has handled himself I think shows that he will have a very successful career going forward. The gesture by the NBA to draft him in the first round and give him his moment was very cool and classy, and makes me feel good yet again about where the league is headed under Adam Silver's leadership. But the real success story I think is that Baylor has continued his scholarship so that he can get his degree and has given him a coaching position, and when he graduates apparently he has a job with the NBA waiting for him. I think Adam Silver can feel very good about that hire after seeing what a high-character, high-intelligence guy Isaiah is. I can't say enough about him, and what I can say about him, others can say with more eloquence. He's going to rise no matter what, and when he does, Baylor nation will be there to cheer him on. 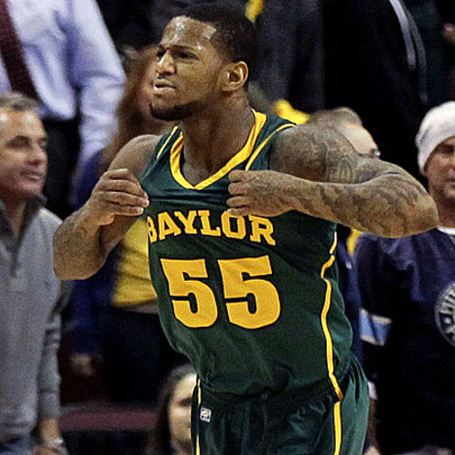 Some semi-unexpected good news came later in the second round when the Sixers traded a pick to get Pierre Jackson back from the Pelicans. Realizing that they had made a terrible mistake last year when they threw him into a trade for no good reason at all to a team who already had 18 point guards [citation needed]. If you can't tell, I'm still a little bitter about what happened to Pierre last year. But that's okay, because the Sixers traded to get him back. He'll likely have to fight for backup minutes behind Michael Carter-Williams, but that beats the heck out of the D-League. Plus, it appears that the Sixers are going to be stashing some guys overseas and making sure starters get plenty of rest this year again. So Pierre will likely get a few shots to impress during the course of the season, and I for one, could not be happier for him, especially since their style of play (fast-paced) should fit him well. We'll see what the Sixers do in free agency, but giving up a pick to get him tells me that they're actually going to try and use him instead of just stashing him like they would if they had kept the pick. Hopefully he'll be able to use his time with the Sixers to garner interest from some NBA teams. 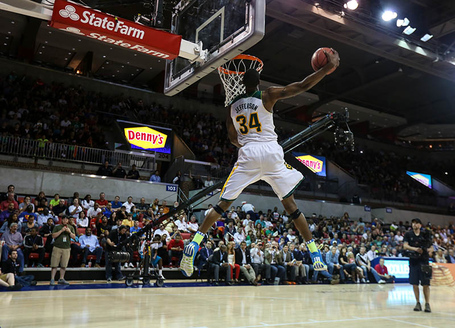 Speaking of stashing or the lack thereof, apparently Cory Jefferson is a gambling man. According to Coach Drew's tweets during the draft, he was asked by multiple teams if he would go to Europe to play if he got drafted so that they could stash him and hang onto his rights for a rainy day (i.e. what the Pelicans more or less were doing with Pierre Jackson), and instead of caving, Cory took a chance and told them no. That chance paid off after he was drafted to the Spurs with the last pick in the draft and immediately traded to the Brooklyn Nets. This is a great opportunity for him, as he should be able to secure some back-up minutes behind Mason Plumlee, provided that Jason Kidd gives him a shot to show what he can do. Again, a lot depends on what happens during the offseason and whether Kidd will play more of the small-ball that they had a lot of success with at the end of the season. If so, Cory could end up being the main backup for another young guy in Plumlee, and get some decent minutes. Time will tell. But at the very least, maybe he can score a ride on one of Prokhorov's yachts. He will need to get Paul Pierce to change his number though. 34 is for Two Sleeves.

In the meantime, congratulations to all three guys. It was a good night for Baylor all around and the future looks bright for all three of these guys. They're doing Baylor proud.

And best of all, they went to Eastern Conference teams, so I don't have to root against them too often.