At the end of this week, it will be game month. So, you know, we've got that going for us.

Yesterday was Sunday, which is pretty much death in the offseason barring major recruiting developments.

Five star OLB Malik Jefferson took an unofficial visit to Baylor yesterday, and was all smiles. He met with former teammate and 2014 recruit Verkedric Vaughns and made his Baylor visit his last of the weekend after meeting with Texas coaches for a few hours on Saturday.

With the bro today ! #BU pic.twitter.com/yZB0TEtVtK

@Official_MalikJ you look great with that Baylor Jersey on bro

My choices are gonna be hard.

If what I've observed of Jefferson is at all accurate, he's a smart and levelheaded guy who is going to make an informed choice when the time comes to commit. I believe that the longer his recruitment process lasts, the better Baylor's chances get, especially if we have a successful season. He also doesn't seem swayed by a fan base's social media presence like many recruits are- he rarely reacts to people who aren't personal acquaintances. Malik is a serious player, and I think he could be a legend at Baylor in terms of both athletic ability and character. We'll see.

Jason Verrett working as a punt returner today, along with Tevin Reese and Eddie Royal.

Reese has impressed at receiver. I'm interested to see how he does with special teams.

Cyril Richardson is taking 2nd team reps at LG. Antoine McClain was there previously while the rookie was with the 3rd unit. #Bills

Sounds like Cyril is forcing his way up the depth chart in Buffalo.

Only word I've heard on Ahmad Dixon recently is that he's pushing for playing time on the second rung of the depth chart and should see playing time. We'll get a better look in the preseason.

Gives a great look at the plaza and part of the tailgating area, as well as the stadium itself.

Brice Cherry gives us some lesser-known McLane Stadium facts in one of today's articles. I'm not on board with his attempt to nickname the stadium, but he does have some good tidbits that will come in handy on game day. 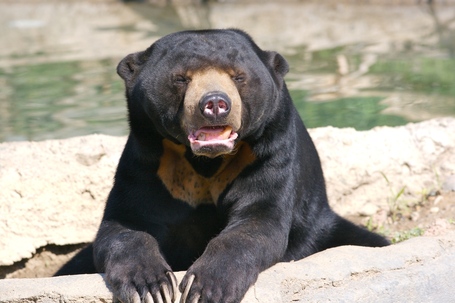