It's been... an ugly week for football in the state of Texas. This offseason needs to end soon.

Share All sharing options for: Friday DBR: Those Preseason Blues

Yesterday wasn't a fun one in Austin. The Longhorns have likely lost four players in a single day. Two wide receivers, Montrel Meander and Kendall Sanders, are involved in an sexual assault case. I won't go into details, but if the allegations are true then staying on the team will be the least of Meander and Sanders' concerns. Nasty business, and terrible news for the Texas program and the sport as a whole. Both players have been indefinitely suspended by Charlie Strong.

The other two cases involve RB Jalen Overstreet and S Chevoski Collins, both of whom have been dismissed for a violation of team rules. It appears Charlie Strong is quickly establishing his reputation as a disciplinarian at Texas; he hasn't messed around so far, and it's probably a very healthy thing for the program.

The impact these events may have on recruiting is probably negligible, since none of the players were recruited by Strong, but as Prashanth pointed out in the recruiting thread, recruiting implications are pretty low on the list of priorities when a violent crime has been (allegedly) committed.

Now, on to more cheerful matters.

Also, I can't recall if it's been posted on ODB, so I'll include it here: two days ago,Cory Jefferson signed a contract with the Brooklyn Nets after a good show in summer play. SB Nation's Nets blog had the story and their commentariat seems quite high on 2Sleeves. Pierre Jackson also signed a one year contract with the 76ers after his ACL tear.

Art Briles was everywhere yesterday after making a trip to ESPN headquarters in Bristol, Connecticut. I don't even know how many radio and television appearances he made, but the athletic department has a behind-the-scenes take on his day.

Baylor will mark five of its six home games in 2014 by honoring a great Baylor football player of the past. Honestly, all of these guys are from way before my time, so I'll leave discussion of the story up to wiser readers. Still, it seems like a cool way to tie the current program to its roots now that the Bears have new digs that will make the Case and the teams of old seem like ancient history.

If what I've been told is true, the gold bleachers and the entire plaza section behind them will be student seating, and students will have their own concourse to keep them from clogging other foot traffic inside the stadium on game day. The Line section will be held and freshmen will file up the tunnel after the team has exited and be brought to their seats, thus eliminating fence jumpers and ensuring that those closest to the mouth of the tunnel will get prime real estate behind the opposing bench. Coordinating cheers will be a challenge given the breadth of the section, but should be a... unique... experience for opposing players once an effective system is put in place.

Peter is still looking for the perfect intro song for Our Daily Podcast. If you stumble across a song that screams "Baylor podcast" just mention it in the comments. The podcast is resuming its weekly schedule in order to gear up for the season, which means we get more juicy football talk to overanalyze. 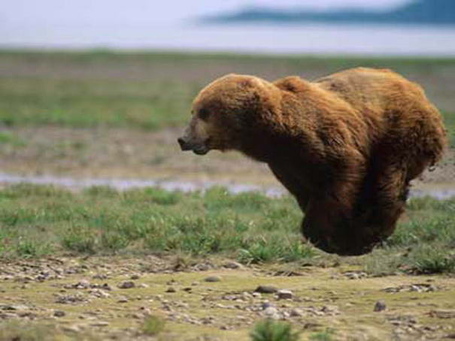