Baylor sweeps Big 12 Athlete of the Year, McCaw discusses ticketing, and a bear jumps into a creek.

Trayvon didn't seem too broken up about it. He jovially congratulated the winner and seemed pleased that the gold went to another runner from his home state.

This is huge for Baylor and marks the second time in three years that the Bears have taken both conference Athlete of the Year honors in the same year. Congrats to Bryce and Odyssey!

Ian McCaw held a Q&A session yesterday and spoke quite a bit about ticketing for the upcoming season at McLane Stadium. Fans who are looking to attend home games and don't have season tickets should be aware:

The Big 12 requires each school to hold 3,800 tickets for the visiting team. TCU took the full allotment, but each of the other visiting teams returned tickets that we will put on sale the week of August 4. They will be offered to Bear Foundation members first, and the remaining tickets will be made available to the general public. Also, berm seating will go on sale at the same time. These tickets will be in great demand and will not last the week, so be ready August 4.

We are excited to welcome the largest freshman class in Baylor history to campus. We are working with the Student Life staff to allow students to obtain football tickets on-line for the first time. This will be convenient for students and we will be able to track use of tickets to provide incentives to students attending games and remove privileges if a student were to pick up a ticket and not attend the game.

I've been personally told that the penalty for misusing a student ticket will include a moratorium on picking up tickets for the following game.

The rest of McCaw's chat can be found here. There's some good stuff. 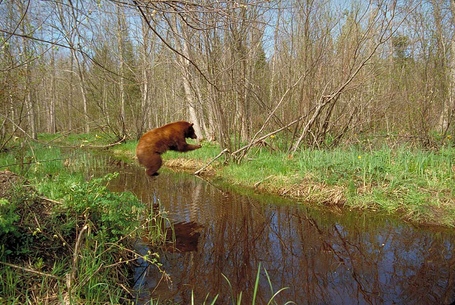