It's beginning to smell a lot like football season.

Big 12 Media Days kick off tomorrow. The two-day event will take place in Dallas and air online and on Fox Sports Southwest. The presence of dozens of coaches and players should generate some of the first real Big 12 football news in weeks and get everyone in the mood for the impending season. The order of appearances by team is as follows:

Day 2:
Baylor kicks off the day with appearances by Art Briles, Bryce Petty, Antwan Goodley, Bryce Hager, and Shawn Oakman. All four players are physical freaks and imposing presences, and all are preseason candidates for national awards. Last year's media days yielded Ahmad Dixon's "Can God save a hooker?" moment. Will we see Petty mention laundry or Oakman wax poetic about his next meal? Here's to hoping.
Day one won't lack for entertaining interviews. Last year Charlie Weiss said his team looked like crap. After another dreadful season from the Jayhawks, has his opinion changed? Does Gary Patterson still live in Fort Worth and has he forwarded his exact address to Briles' secretary yet? Is Mike Gundy becoming more or less manly with age? How many reporters will faint when Kingsbury takes the stage?
Day two should also be a circus. Oklahoma will try to sell Trevor Knight, Paul Rhoads will reaffirm the pride he has in these young men, Dana Holgorsen will frown and run his hand through his thinning hair, Bill Snyder will be disappointed in your lack of faith, and Charlie Strong will face the press and try to convince them that there's really nothing to see here.
Also, tomorrow I will be setting up a Media Days forum in lieu of a DBR, since most relevant news will come out over the course of the day. I'll do the same on Tuesday.

Fifth Street will be receiving a makeover after an alumnus announced an $8 million gift. Money will go to refurbishing the street into a pedestrian-friendly area. It's assumed that the street will still be a viable thruway for vehicles despite being blocked off from traffic, since Fifth is an avenue for the annual Baylor Homecoming parade as well as maintenance and emergency vehicles. Also included in the gift are funds for a new fountain on Fountain Mall. The old fountain on Fountain Mall was destroyed (something something NoZe Brothers something). Fine, I guess we can find a new place to put the stage. 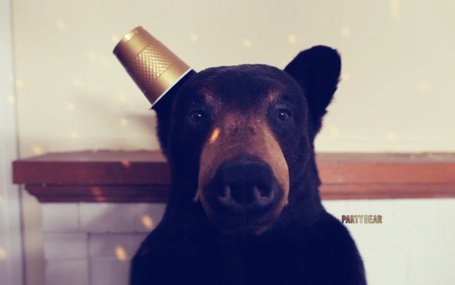