Art Briles spoke at the Touchdown Club of Houston yesterday and discussed a great many things, including the challenge of keeping his offensive system relevant as Baylor climbs.

Share All sharing options for: Thursday DBR: What? Art Briles is Evolving!

Art Briles' connections to the city of Houston as both a player and coach run deep. Yesterday, he addressed the Touchdown Club of Houston for the first time as coach of the sitting Big 12 Champions, and a record crowd was on hand. Briles discussed his continued disappointment that Bryce Petty was not invited to New York as a Heisman finalist despite his superior stats. I'm inclined to agree with him, especially when players like AJ McCarron and Jordan Lynch got the nod ahead of him. Briles also touched on the issue of keeping his next-generation offense viable now that ever defensive coordinator is gunning for the Bears, and the challenges of managing a team and fan base that has been near the top of the mountain and wants to keep climbing to a playoff berth. The lifelong Texan is more visible than ever on the national stage and believes that if his stars improve as planned, Baylor will be in a great position to make the college football playoff in December.

Event Flash: If you're in Waco and want to buy a copy of Art Briles' new book, Beating Goliath, stop by the campus bookstore today at 5:30 p.m. for an autograph session with Coach Briles and Dave Campbell, namesake of Dave Campbell's Texas Football, which featured Baylor in its most recent edition.

Petty Earns Davey O'Brien Watch List Spot - Baylor senior quarterback Bryce Petty was named to the 2014 Davey O'Brien National Quarterback Award watch list, the award's foundation announced Wednesday. The O'Brien Award is given annually to the nation's best college quarterback. There are 39 candidates on the watch list. Mark put up a post yesterday, but it bears repeating. This is an award Bryce could win this season.

Then Bryce had to go Bryce it up.

Texas Tech defensive back Nigel Bethel II has been reinstated to the Tech football team and has been suspended for the first three games of the year in connection to his striking of a women's basketball player on campus. Amber Battle, the Tech women's basketball star who was involved in the altercation, has been given a comparable suspension. University officials say they explored the issue in great depth and that the decision was made with the knowledge and approval of all parties. Read more about it here, on the ESPN Big 12 blog. Reaction to this on Tech boards has been mixed. I'm interested to hear our blog's perspective. 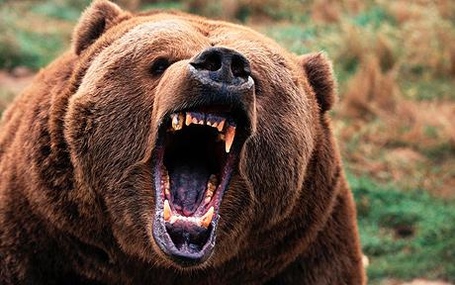