Today's DBR checks up on Bears in the NBA Summer League and gives a primer on BU's newest football commit.

Football season kicks off on August 31 against SMU in Waco. Yeah, I know you know that. I know it too. Your mother, your sister's dog, and your seventh cousin from Bangladesh know that football starts on August 31 in Waco. The wait is unbearable. Baylor put out information on this year's Traditions Rally in McLane Stadium yesterday. It will be held the Thursday night before the season opener, and features fireworks, American Idol winner Phillip Phillips (a member of the Hollywood Conference All-Name Team) and a pep rally for any and all members of Baylor nation who show up. The event is free to all comers and is a fun and relaxed way to get in the mood for the season if you weren't already.

Several Baylor alumni are active in this year's NBA Summer League. Many are young, talented guys who are vying for coveted roster spots. Several of our guys are having good showings.

Acy has been solid in summer play so far. He is averaging 12.7 points per game in limited time, and has gathered at least seven rebounds in each of his three appearances. Yesterday's game against Dallas yielded 14 points, 7 rebounds, and an assist in 26 minutes.

Brady has only seen three minutes on the court, and tallied only one assist. Heslip has a very specific skill set, and it's likely that Minnesota is spending any extra time drawing up plays that let him shine. If Heslip is going to develop into an NBA-caliber guard, he needs to show us what he's got quickly.

Pierre put up seven points in seven minutes in his summer debut, but will spend the 2014-2015 NBA season out with an injury. If he recovers, he will be a productive shooter for the beleaguered Sixers.

Cory has seen his minutes increase in every game, and is doing more and more with his time. His most recent game against Houston yielded 19 points, 3 blocks, 7 rebounds, and a steal in 24 minutes. Many members of the Nets community see Jefferson making the team and becoming a reliable member of the rotation, but hope to see him get more aggressive and use his size to his advantage.

Miller has looked very good in summer play, averaging 24.5 points in 31 minutes per game. He has rebounded well and tallied 4 blocks against Toronto. Continued success in the summer should solidify Miller's spot with the Nuggets, where he wormed his way into the rotation as last season progressed.

Jones III has had difficulty earning playing time with the Thunder during the regular season, but has shown an ability to produce this summer. Perry has played four summer games so far. Two were strong showings, and two were lackluster. He is a strong defensive rebounder, but his shooting percentages are discouraging for a player trying to make a team as offensively prolific as the Thunder.

Isaiah has attended quite a few summer games as a spectator, and is mulling over his future plans. He is cheering on his former teammates and friends, and seems to be happy despite his forced retirement from competitive basketball.

.@jjbeach123 yeah, I think I'm actually going to take the coaching job when I go back in the fall. -Isaiah #Seat140

Based on the interview attached to the first tweet, and the response to a fan in the second, it looks like Isaiah will return to campus this year to finish his education and get into coaching. While tweeting from the NBA TV account yesterday, he said that his new life dream is to become an NBA coach. He also mentions that he could have signed a waiver and been allowed to play pro ball, but elected to retire because he couldn't stand the thought of hurting his family if he ever went too far and collapsed on the court. With his attitude and a charisma that was under the radar at Baylor, Isaiah Austin could become one of Baylor University's best representatives ever.

Note: Several Baylor alumni are playing European ball and doing quite well for themselves, but tracking down all of those stats would be like herding cats. Digital cats that speak in a dozen different languages.

Note 2: Ekpe Udoh is currently a free agent and is not participating in summer play. I have no knowledge of his situation at press time, but I hope he signs on with someone. In the right system he could be a reliable big man (barring injury).

While writing this report at five in the morning, I glanced at the McLane Stadium Construction Cam and made out what looked to be cement trucks on the live feed. I'm pretty sure that there will be a concrete plaza poured behind the video screen and at the future site of the alumni events center. Most of the remaining workload consists of the parking lot and detail work inside the stadium that won't be obvious on the cameras.

Kam Martin, running back in the 2016 class out of Port Arthur, committed to Baylor this morning. Here's a link to his 247 profile, and here's a link to his Hudl highlights (per his twitter page). Martin is listed as the #1 all-purpose back in the 247 composite rankings, and his posted 40 time is a 4.39. Give him a follow at @TeamKamMartin. More info to follow!

Note: Martin is a younger teammate of Tech commit and Baylor target Corey Dauphine. Netting both of them would be an absolute steal. 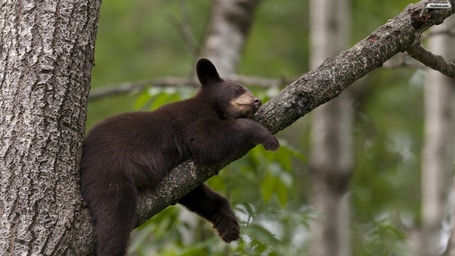