The end of the World Cup marks the beginning of the final stretch to football season. What do these days hold in store? Let's find out.

So the World Cup is over...

Every other year we're lucky enough to have the offseason shortened by a global event (either the World Cup or the Summer Olympics) and this year's offering in Brazil was able to pacify many sports fans. Before we figure out how to spend the 47 days before kickoff, let's congratulate the German National Team. They were a consistent and efficient squad that never broke and always entertained. They slaughtered the host nation in Brazil and neutralized the best player in the world in Lionel Messi. They didn't give the Americans a spare inch to breathe in group play, and they showed consistent class. Germany was elevated over Argentina in yesterday's final by Mario Götze, who played a cross off of his chest and kicked it in for the goal without ever letting the ball touch the ground.

You can hate soccer. You have to love that.

Great question! One for which I kind of have an answer.

The next Baylor camp is on July 18th in Waco, and features a who's-who of talent in the 2015, 2016, and 2017 classes. Information will be easily accessible on twitter, especially if you follow representatives of any one of Baylor's recruiting services. Four and five star talent is now looking into the Bears voluntarily, and these workshops with the coaches are a great opportunity for guys looking to hone their craft and earn an offer.

2. Read All The Things

It's about that time. Preseason polls are beginning to pop up here and there, and journalists are making predictions for the upcoming season. FSSW's David Ubben published part of his Big 12 preseason award ballot last night and will be releasing his preseason All-Big 12 team soon. Expect media coverage to pick up as media days inch closer and LeBrondemonium dies down.

Conference media days are the true harbinger of football season. Big 12 media days are July 21-22 in Fort Worth. Last year the Big 12 did a great job of livestreaming the event, and this year Baylor is first on the docket. You'll be able to watch Art Briles' press conference, as well as interviews with players. Baylor is bringing Bryce Petty, Antwan Goodley, Shawn Oakman, and Bryce Hager- an imposing crew to say the least.

4. NFL Preseason, if you're into that.

This year's NFL preseason actually has a few unique storylines. Johnny Manziel will get snaps at Cleveland, RGIII will ease back into his starting role after a long recovery process, and we'll get glimpses of fresh Baylor pros like Ahmad Dixon and Tevin Reese. The Hall of Fame Game is sure to be a snoozer between the Bills and the Giants, but anyone who's interested will be able to check out Cyril Richardson's pro debut on August 3.

Baylor ups its game every year in terms of apparel and memorabilia. The official Baylor Athletics online store is now selling full-size replica helmets in matte black andchrome gold. They'll cost you a pretty penny, but they look pretty sweet. I ordered on in matte black to bring to Meet the Bears, which will be held on August 9 at the Allison Indoor Practice Facility. Come watch practice and stick around for an autograph session with players and coaches.

In honor of Germany's victory, here's the bear from Berlin's flag. 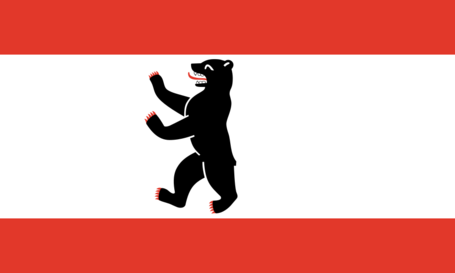