A stadium has risen, more and more Bears make a mark in the pros, and there are only 51 days until football season.

As of this morning, that is how many days stand between you and the first game in McLane Stadium. 51 days until the Class of 2018 storms the field. 51 days until Josie Drago unleashes her shiny new sound system. 51 days until that beautiful new jumbotron short-circuits from having to replay too many touchdowns. 51 days until 45,000 fans scream "kill!" in unison as Shawn Oakman drops into a three point stance and SMU's left tackle feels an otherworldly chill run down his spine. 51 days until bears taste pony meat and the title defense begins.

Brice Cherry of the Waco Tribune-Herald has picked out what he sees as the four most crucial games in Baylor's title defense. I can't stay I agree on his choices (I think at Iowa State trumps at West Virginia and TCU has more weight than either) but he certainly highlighted some of Baylor's marquee matchups, including at Texas, at Oklahoma, and vs Oklahoma State, a game that I hope the athletic department markets as a revenge game.

As the national media swoons over McLane Stadium, Waco is beginning to erase longstanding Baylor Football relics from around town, beginning with city officials' dismantling of most of the old Floyd Casey Stadium street signs yesterday. The fate of these signs is currently unknown, but there is speculation that they will be auctioned off. I'm trying desperately to procure one myself, and I hope to hear back from one of the people I emailed soon.

Over the last few days we've heard plenty of great things about Bryce Petty. He's been in Oregon at the Elite 11 and The Opening, two premiere events where elite high school recruits are invited to show off their considerable talents for scouts. Bryce was a counselor, and worked alongside the quarterbacks of the future, including current Texas Tech commit and Baylor target Jarrett Stidham. Stidham raved about Petty's leadership and athletic ability, and his comments could lead one to believe that he hasn't completely ruled Baylor out.

Some of Petty's most glowing praise came from ESPN analyst and former All-Pro quarterback Trent Dilfer,who practically worships our favorite laundry-loving slinger in a writeup from one of last night's fanshots.

Robert Griffin has most recently been in the news following the announcement that a 9.5' tall bronze statue rendered in his likeness will be unveiled at McLane Stadium. Haterz see this as just another distraction for Griff, who was plagued by injury last season, but the Washington Post's Deron Snyder comes to his defense and underlines just how special the Heisman winner is to Baylor, and just how often Heisman winners across the country earn statues. Many think that the NFL is sleeping on Griffin, who by all reports is healthy and working extremely hard to learn Jay Gruden's system and be ready for the regular season. If Griffin is healthy and Washington's line holds up, he should be poised for a breakout season with weapons like Pierre Garcon, DeSean Jackson, Alfred Morris, and Lache Seastrunk.

Kendall Wright has been a bit quiet, but that's okay. The Titans offense didn't offer the former inside receiver many opportunities last year with Jake Locker under center, but Wright still amassed over 1,000 receiving yards (and only two touchdowns). The Titans are looking to utilize Wright in new ways this season, and early fantasy predictions say his production could skyrocket after being targeted more at the end of the 2013 season.

We all know about the Josh Gordon saga. I probably know about as much as the rest of you about Gordon's future in the NFL, but Art Briles continues to stand by his old player, hoping to see him find success in life on and off the field. Gordon is clearly on some kind of downward spiral, and Cardinals DB Tyrann Mathieu thinks that he needs to hit rock bottom before he can come back strong. Mathieu was a Heisman candidate as a cornerback at LSU, but was kicked off the team after failing countless drug tests. He got his act together in a year away from football and is now a bright spot in a talented Arizona secondary. His situation resembled Gordon's in many ways. The most we can do is send prayers and hope for the best.

Miles Austin's departure from Dallas creates an opportunity for Terrance Williams, who was a steady producer last year. He needs to seize the day and join Dez Bryant to create an elite receiving tandem in Dallas.

Cyril Richardson was the most elderly entrant in a competition for town criers in Lichfield, England. Yes, this is real.

Cory Jefferson threw down a nasty dunk in NBA summer league play. It was recognized as the NBA's dunk of the night. Pretty sick, yo. Notice the 21 on #2Sleeves' jersey. 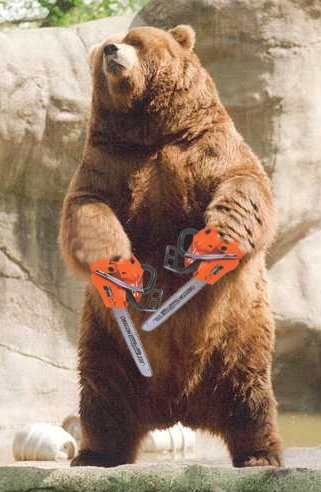