Get it? "Sommer" is German for "Summer" and his name is Somerville?

Share All sharing options for: Monday DBR: A Sommer Recruit

Baylor picked up its second commitment of the 2016 (yes, it's time to start thinking that far ahead) yesterday in KeShawn Somerville. They also lost a 2015 commit in Louis Brown who has reopened his recruitment (all signs point to Texas being his landing point now). Such is the life of recruiting.

Track and Field are two days out from  the final meet of the season. I'll have more on that tomorrow.

Finally, the World Cup is nearing, so I'll be offering some tidbits of information about the world's greatest (okay, second-greatest behind the Olympics) sporting spectacle. If y'all have any questions about the World Cup, feel free to ask. I played football (read: soccer) for fourteen years so I fancy myself a good deal more knowledgeable than the average Joe.

The quick facts: 2016 CB/S out of Hendrickson High School in Pflugerville. Played corner back his sophomore year of high school, will play safety this upcoming year.

The gents over at Bearsillustrated seem to think that Somerville will play corner in Coach Bennett's system. The thing I like most from the story is this quote: "Coach Norwood asked what position I'm comfortable with, and I told him what ever position gets me on the field first." Somerville will be coming in to Baylor hungry to play.

Regardless of the position he plays, Somerville will fit right in in Bennett's secondary. He's a little light in comparison to our current crop, but remember, he has two years before he even gets to Baylor, plus a summer (and a potential redshirt season) under Kaz. I wouldn't be worried about his weight.

Now, on to the playing field. Because he is only a sophomore, his highlight tape on HUDL is rather short. However, it still gives a good idea of how he plays. As you might expect for a guy with a sub-4.4 40, he has great closing speed. The best example of this occurs at 0:50 in the video. The running back breaks through the defense and Somerville comes from other side of the field, runs downfield of a blocker, and heads back up field to make the tackle. It's impressive. There are also numerous instances of him defending the slant route effectively. A couple of pass interference plays make it into the reel, but what would a Baylor DB be without a couple of pass interference-causing plays?

As one might expect from a sophomore, Somerville still needs to work on some things. A couple of times it appeared that he was caught out of position, only to save the play by his ridiculous speed. While that will work against high schoolers, it won't work against Big 12 speed. Still, he has two more years to hone his craft and his Coach Briles and Bennett want him, I'm more than happy to welcome him aboard. Sic 'em KeShawn and welcome to Baylor Nation! #BGOD

First, if you've not read SB Nation's World Cup Preview, go do it. It's phenomenal.

Now, I assume most of y'all want to know how the United States' chances are. To say they are up against it would be an understatement. The United States play in Group G, commonly referred to as "The Group of Death". That name is intimidating and if you look at the teams in the group, it is only fitting. Germany, Ghana, and Portugal. There isn't a bad team in that group. Germany, even with their recent injuries, are one of the best teams in the world and the clear favorites to win the group. Honestly, I'd be shocked if the US beat them. Portugal are, unlike Germany (who are talented all over), much more one dimensional in that their success relies much more heavily on one player. When he's not being cursed by Ghanaian witch doctors, Christiano Ronaldo is arguably one of the best players in the world and is easily the best player in Group G. If Ronaldo is fit and the US defense play like they did in the first two warm-up games, this will be a short trip to Brasil. However, if the defense plays like they did in the final match against Nigeria, Ronaldo's effect on the game can be mitigated. Then there's Ghana... The Black Stars have knocked the Americans out of the previous two World Cups and wouldn't you know it, we've drawn 'em again. The Ghanaians are arguably more talented than the USMNT, but there's no way they knock us out for the third Cup in a row, right?

For the unaware, in group play, the teams play a round robin schedule with three points for a win, one for a tie, and none for a loss. The two teams with the most points at the end of group play. If teams are tied for advancement, there are various tie-breaker rules.

Expectations are high for Klinsmann and the Americans. Will they be up to the challenge?

My prediction for Group G:

1. Germany - Unless everyone gets injured, I can't see the Germans not advancing. They're just too good.

2. United States - Homer pick? Yes (Germany is too - this group is rough on my rooting interests...). But Klinsmann has the Americans playing in their best form in quite a while.

3. Portugal - Ronaldo is incredible, but even he can't complete carry the squad.

4. Ghana - Someone has to be fourth. It could be any of the bottom three, but it's going to be Ghana (hopefully). 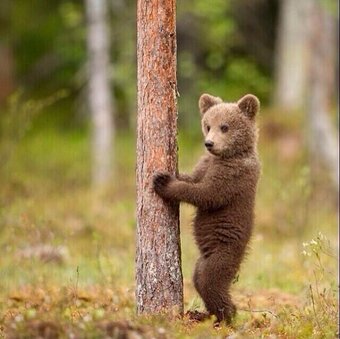