There isn't a "rebuilding year" on the horizon for Baylor football. This school is aiming for championships in every sport, every year.

Clay Johnston, Baylor's newest recruit as of last night, is coming to steal your lunch money. The OLB/NB out of Abilene Wylie (4A) stampeded onto the recruiting scene last month with a SPARQ rating that came in at 12th nationally, and 2nd nationally among linebackers. SPARQ ratings, for the many of us who are unaware, take into account height, weight, 40-yard dash, 3-cone pro agility, vertical leap, and the medicine ball toss. While somewhat raw, Johnston is a phenomenal athlete with length, lateral speed, and an aversion to being blocked.

I've been waiting on the Johnston commitment for a while. The moment I saw his film, I knew I wanted him. The link above will bring you to the official post, where you can see the tape. Johnston gets quite a few snaps on offense in his film, and he goes rumbling into the endzone whenever he can. He won't play offense for the Bears, but he could be a threat if he ever finds himself with the ball in his hands, a la Bryce Hager falling down for a 98 yards to score against Buffalo. Clay seems like a quality guy, and is definitely worth a follow on Twitter.

This leads to some speculation regarding the nickelback role going forward. If Collin Brence manages to hold down the starting NB role this year and T'Kevian Rockwell qualifies, there could be a serious position battle when Johnston arrives in 2015, especially with the sudden departure of both Kiante Griffin and Austin Jupe. Discuss in the comments. I'm of the personal opinion that if Johnston is solid when he arrives on campus, we could see Rockwell shift to more of an OLB role.

If Verkedric Vaughns could just sweet-talk Malik Jefferson into a trip to Waco, I'd be completely satisfied with this class.

When Acrobatics & Tumbling coach LaPrise Harris-Williams resigned last month to pursue other opportunities in the gymnastics world, there was some discussion over whether or not A&T was a viable program for Baylor moving into the future, when rowing, gymnastics, and possibly swimming where all reasonable alternatives.

Yesterday, Baylor announced the hiring of Felecia Mulkey as the new A&T coach. Mulkey is one of the most influential figures in collegiate acro, having led Oregon to four national championships. She has played a role in formulating the current scoring system, and is actively lobbying the NCAA to adopt A&T as an official event. The prevalence of competitive cheer and gymnastics in Texas should allow Mulkey to build a successful program and turn Baylor into a national flagship for the sport.

With all of the controversy over the idea of amateurism in college sports, it's important to remember that many collegiate athletes really are scholars off the playing field. Every year, the Big 12 Conference awards two postgraduate scholarships to each school in the conference- one for a male athlete, and one for a female athlete. This year's recipients are baseball's Nate Goodwin and soccer's Kat Ludlow. Goodwin is a biology major who graduated with a wildly impressive 3.9 GPA, and Ludlow graduated with a 3.76 as a pre-physical therapy major. Nick Florence is the most recognized recipient of the scholarship in recent years.

Yesterday was an intriguing day in regards to the legal standing of several players around Texas. Robbie Rhodes was cleared of wrongdoing after his arrest for misdemeanor marijuana possession and Baylor produced results of several of Rhodes' drug tests over the last seven months that indicate no usage. This is a big win for Baylor's accountability standards, and good news for Rhodes and the team as a whole.

Meanwhile, some say that disciplinary issues at Texas A&M are a serious concern after LB Darion Claiborne and DT Isaiah Golden were kicked off the team yesterday after being linked to an aggravated robbery in late May. Both were projected to be starters, and the move, while good for Kevin Sumlin's image, is making waves in the recruiting world, especially with families of some A&M targets.

Talked to a dad of a 5-star recently & said his biggest concern w/ A&M was discipline. Said Sumlin didn't have a "firm enough hand" Well...

The real question is whether Sumlin's dismissal of Claiborne and Golden will reassure the concerned parties or send up further red flags with the newly-surfaced cause for dismissal. In a time when a player's commitment could affect his family in major ways, parents' opinions can influence a recruit more than the most persuasive pitch from a coach. I'm glad Sumlin is showing his teeth as a disciplinarian, but the fact that two of his young stars were in a situation like this in the first place after several run-ins with the law over the last year gives me some pause. Despite our near-universal dislike of the Aggies, A&M is an old, proud, and respectable school. Seeing their image tarnished like this is displeasing to much of the alumni base. 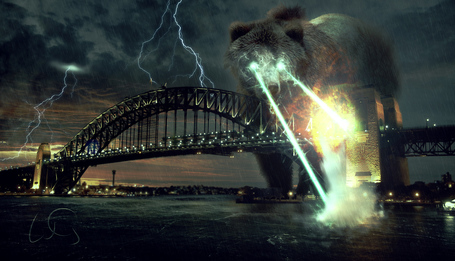