There's about zero things to write about so at Conner's suggestion, here is the group stages of the World Cup - Mascot Style.

The host country's mascot this football-playing armadillo thing. I'm going to assume he's very good a defense, but also at smashing into things. 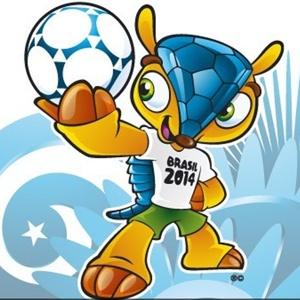 Mexico has a sweet eagle eating a snake. They're the early favorites. 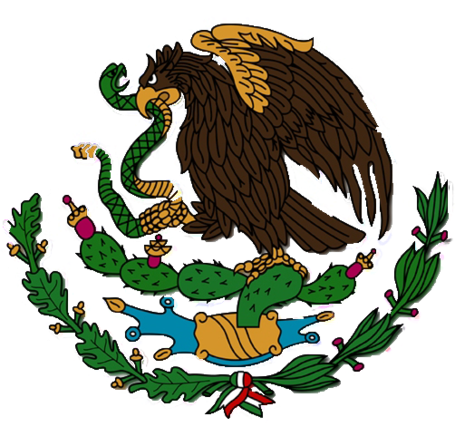 Croatia don't have a mascot, so here's a checkered tablecloth instead. 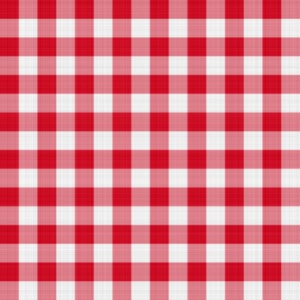 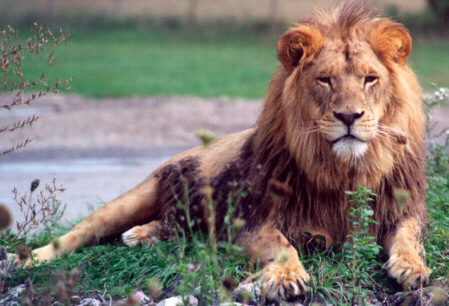 Say what you want about Armadillos, but they're the state small mammal of Texas, meaning that they are awesome. Plus, they can roll up in a ball and choke a lion or an eagle.

El Tri rise up on the wings of eagles in a close-fought battle with the Indomitable Lions. Ultimately, the mobility of the eagle wins out against the large cat.

The Dutch are great at Totaalvoetbal and their mascot is a royal orange lion. That's pretty epic. 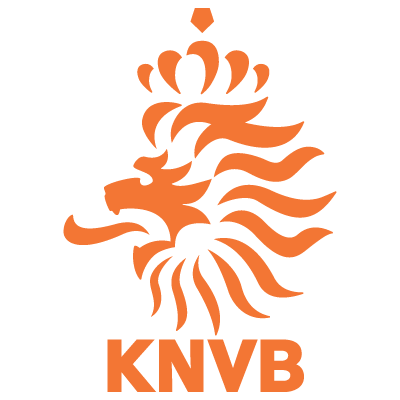 La Roja don't have a mascot. I am disappointed in you, Texas-flag-look-alike country.

Like Chile, La Furia Roja don't have a mascot either. But they're "The Red Fury" which makes them cooler than "The Red"

Socceroos! It's a kangaroo playing soccer. What's not to like? 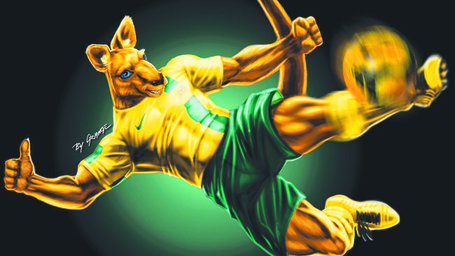 Obviously, the royal lion wipes the floor with the kangaroo. Unfortunately for the super cool 'roo, there ain't nothing he can do against the teeth and claws of a lion.

By default (and also because Socceroos is such a fun word to say), Australia advance over the two Reds.

Los Cafeteros can grow coffee like no other, but how will they stack up against the likes of Group C? 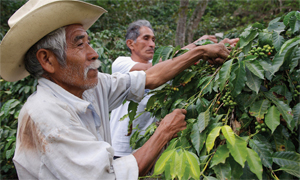 Greece's nickname is apparently "The Pirate Ship". That's pretty BA. They are definitely favorites to advance. 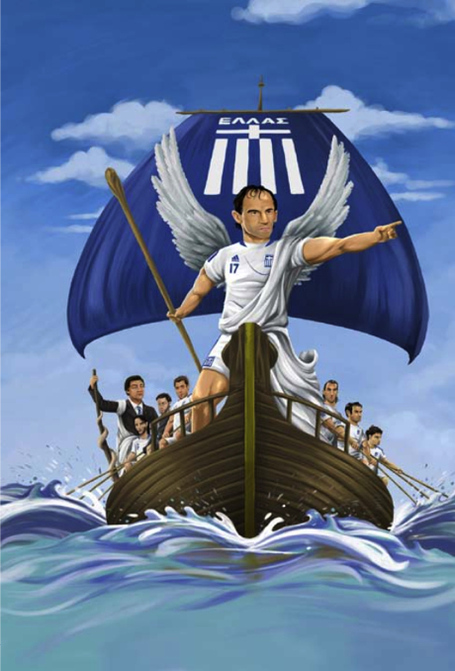 Les Elephants will rumble through this group. Or will they? Elephants are easily spooked. 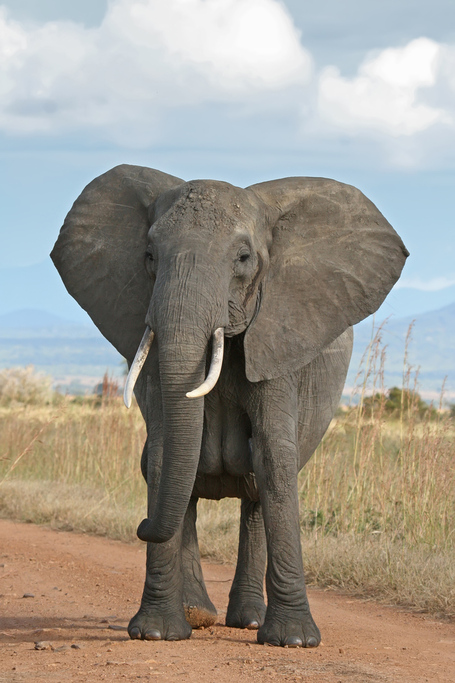 The Blue Samurai. Dang, this group is full of excellent mascots. We've almost got the classic pirates vs. ninjas match-up here. 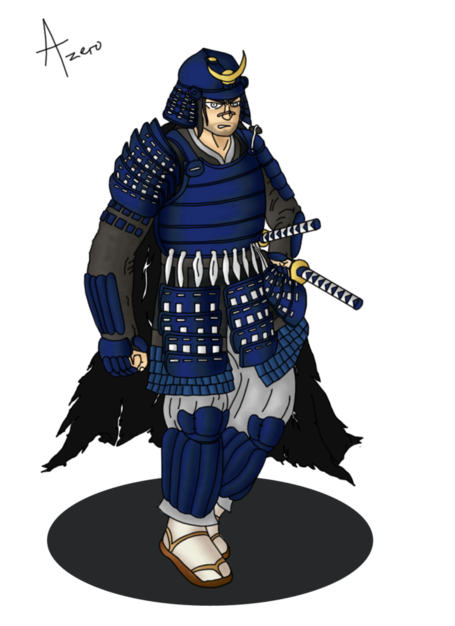 This was by no means an easy choice, but since the world runs on coffee, you gotta give the nod to the coffee growers. Plus, how can you deny that excellent mustache a chance to advance?

Los Ticos translates, according to Wikipedia, to "The Costa Ricans". Pretty lame translation, but "Ticos" is so much fun to say that they may well advance regardless. 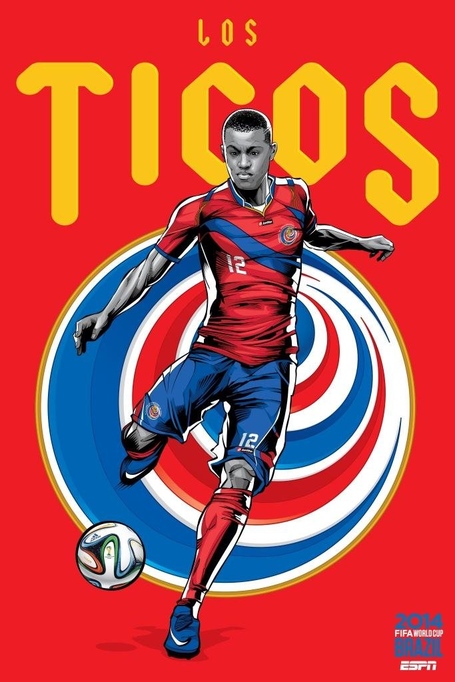 La Celeste, or "The Sky Blue", are a colour. That's it. There's no bite about them. 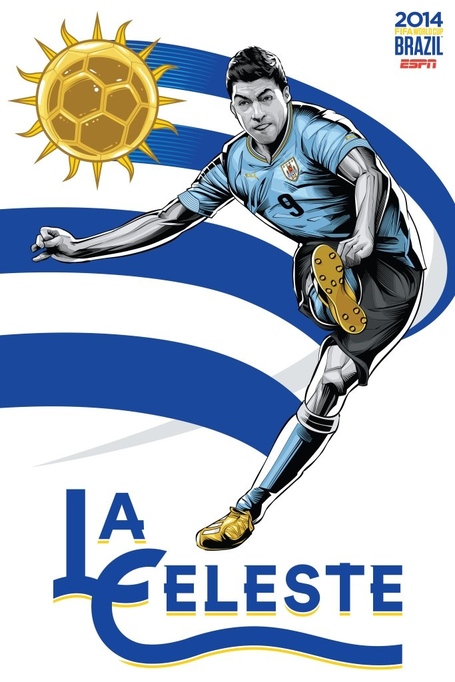 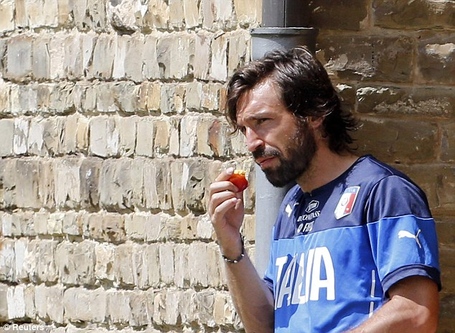 Pirlo wins the World Cup of Beards though.

The Three Lions are quadrennial underachievers. That being said, they're not a darn colour. 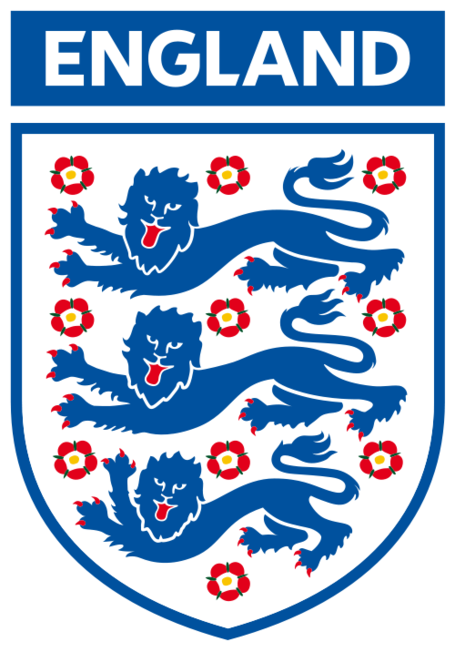 Three lions can take down many things, especially colours.

TICO TICO TICO! So much fun to say.