Sunday DBR: I BELIEVE THAT WE WILL WIN!!!

Share All sharing options for: Sunday DBR: I BELIEVE THAT WE WILL WIN!!!

First things first, a spot of Baylor news.Chad Rykhoek announced yesterday via Twitter that he will not be returning to the team due to medical reasons. He had surgery on his back this last December.

Needless to say, all of us here at Our Daily Bears wish him the best of luck and hope he continues to be "Swaggy C", one of the most entertaining follows on Twitter.

I BELIEVE THAT WE WILL WIN!!!

Yesterday's game were...well, not as I predicted. Iran held Argentina scoreless for a solid 90' only to be undone by Messi's brilliance. Germany played awful football against Ghana but managed a 2-2 draw because Ghana had some selfish moments in the final third. Finally, Bosnia-Herzegovina were eliminated by Nigeria in a 1-0 loss that featured some horrendous refereeing. On to today's matches!

Belgium are sitting pretty atop Group H with three points after their 2-1 win over Algeria. The Russians are at one point after they tied South Korea on one of the most embarrassing keeping errors of this Cup. Belgium are the clear favorites here, but don't think Russia can't steal points here, especially since Russia almost have to win to stay in contention for advancing. Belgium can clinch a spot in the knockout rounds with a win.

Watch-ability: 7/10. Belgium are a fun team to watch and Russia will be fighting for their lives.

Korea stole points against Russia, Algeria are surprisingly capable. This will likely end up 1-0, but it could still be very entertaining.

Win and they're in. That's the saying going in. If the United States can shut down the Fightin' Ronaldos and win, they have clinched a spot in the next round. Will it be easy? Certainly not. But do they believe? You better believe it. Ronaldo is not 100% with his injury, Pepe will be missing from Portugal's back line, and two other players (If I'm remembering correctly) are down with injury. However, the US are not perfectly healthy either. Striker Jozy Altidore will miss due to a pulled hamstring and Clint "BA" Dempsey will be playing with a broken nose. The weather in the rain forest of Manaus certainly won't help either. It could come down to whichever team is more fit. In that case, it's the USA.

Prediction: 2-0 USA. Jermaine Jones has another stellar game and helps to shut out Ronaldo. 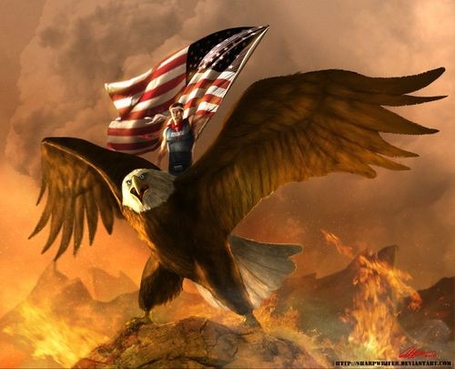 Stephen Colbert has the strength of a bear, therefore this is an acceptable Daily Bear.