Another recruit is in, soccer rolls on, and football is 74 days away.

Share All sharing options for: Wednesday Daily Bears Report: ODB versus The Offseason

There you have it, folks. Our boy Freaky-T understands.

There were a few developments in the Baylorverse yesterday, the most important being the commitment of Montrel Wilson, a safety from Keller Fossil Ridge. Fossil Ridge isn't a historical power, and it makes sense that standout players could be underevaluated, even playing against top-flight competition in 5A-II and now 6A competition every week. Wilson shot from almost complete anonymity to commit overnight, and since his commitment, more information has popped up.

When we first heard the news, Wilson was ranked as a two-star safety. Yesterday afternoon, he was reevaluated by 247 and earned an 83 ranking, putting him into three-star territory. As any recruiting analyst will tell you, the rankings for the 2015 class will undergo a seismic shift over the next few months as prospects take the field for their senior seasons. Briles and Co. are known for jumping on recruits early, so Wilson could be a high four-star by Christmas for all we know. One look at his film confirms he's a player who loves to work around the line of scrimmage, and early discussion pegs him as a future nickelback or outside linebacker if he outgrows safety, which would allow the staff to experiment even more with Clay Johnston.

For clarification: Wilson's scholarship replaces the one that would have been taken by Louis Brown, so Kahlil Haughton out of Midway is still very much in play. The plot is also thickening in the recruitment of RBs Corey Dauphine and Soso Jamabo, and Baylor is trying to hold off Oklahoma and its legions of twitter users for the heart of John Humphrey. The Sooners want him as a receiver and have alumni reaching out to him, while almost everyone seems to think Baylor wants him at corner. Humphrey is my second-favorite member of the 2015 class, so here's to hoping he sticks with his "100% Baylor, no questions asked" policy that he laid out in his post-commitment interview with with ESPN 1660 back in April.

Side note: some of our guys definitely keep up with what the internet has to say about them. That's pretty cool.

Yall go check out this story Baylor wrote http://t.co/HVOUXh2mmI on me and @ZSanchez15 ⬅⬅ saw this dude do it big, just inspired me more

If you want more international soccer pandemonium, we've got just what you're looking for.

The Netherlands kick off against Australia at 11:00 a.m. Holland was most recently in the news for their annihilation of Spain in their opener. The Aussies are the lowest-ranked squad in the whole dance, so I expect the Oranje to hit them like a cruise missile.

That match will be followed by Spain vs. Chile at 2:00 p.m. Chile took care of Australia in their opener and will try to take advantage of a reeling Spain. Should be fun. I wouldn't know though, I'm still trying to figure out how to soccer.

The final match of the day is Cameroon vs. Croatia at 5:00 p.m. This match is effectively an elimination game in Group A, after Cameroon fell to Mexico and a saucy Croatia played Brazil a bit too close for comfort and a game that was closer than the score indicates. They'll be going all-out, and it might be the best game of the day.

Don't listen to me though. I don't soccer.

Richard Durrett, a 38-year-old writer for ESPN Dallas, died suddenly last night. I'm admittedly unfamiliar with Mr. Durrett's work, but from what I've read he was widely loved in the Metroplex and played a huge role in the lives of his colleagues, readers, and listeners. He primarily covered the Rangers, but also co-hosted a radio show and had a lengthy tenure at the Dallas Morning News, where he covered a variety of sports in the Dallas-Fort Worth area. Our thoughts and prayers are with his friends and family as they go through this difficult time. 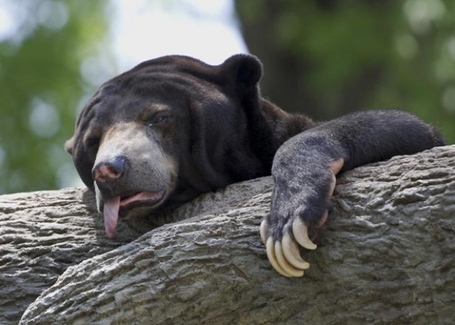