Tuesday DBR: Off To Eugene

Track and Field are headed to Eugene, Oregon for the NCAA Division I Outdoor Track & Field Championships, which begin Thursday. Let's take a gander at who all is representing the Bears.

Share All sharing options for: Tuesday DBR: Off To Eugene

First things first, congratulations to Baylor associate track and field coach Michael Ford for being named the South Central Regional Men's Assistant Coach of the Year! Ford coaches sprinters and hurdlers and, as you'll see below, his mentees have been wildly successful this year. Ford and wunderkid Bromell were featured yesterday on TrackTown Live.

To leave things for Conner to write about, I'll only do the Men's team today and leave the Women's team for him to preview at his leisure.

Perhaps the most well known of the athletes headed to Eugene for the Bears is Trayvon Bromell. The freshman posted a 9.7 100-m time just a few weeks ago, albeit it was not a wind-legal time. Still. 9.7 is ridiculously fast (his wind-legal time on 10.01 is the second-fastest in the NCAA this season). There are some clamoring for him to put on pads and be the next Tevin Reese. To that I say, are you crazy? This kid has Olympic potential - you don't turn that down for football. Bromell will be running the 100-m and the 4x100 relay.

Joining Bromell in the 4x100 are Everett Walker, Alex Reece, and Blake Heriot. Heriot will also be running the 4x400 with TJ Holmes, George Caddick, and Drew Seale. These two events have been some of the most successful in Baylor's history; the men's 4x100 has advanced to the Championships for five straight years while the 4x400 has not missed a Championship since 1980.

Everett Walker not only helped the 4x100 team advance to Eugene, he managed to qualify for the Championships in the 100- and 200-m as well, posting a personal-best of 20.49 in the 200-m to finish with the fourth-fastest time overall.

Predicting Track and Field results is tricky business; there are just too many variables to consider and the results can be vastly different based simply on how the athlete is feeling that day. Nonetheless, I will combine that uncertainty with my shallow knowledge of Baylor's track athletes and give predictions. It's the Internet, so these are clearly going to be well-researched and accurate. Bromell will wow the field and run a sub-10.00 wind-legal time to take first, Walker and the 4x100 team will take third, and decathlete Vildosola will ride off in style with a podium finish.

To the casual football (it's football, not soccer) fan who only turns in once every four years, the omission of the face of American football, Landon Donovan, is a strange one. Don't worry, it's strange for us fans who watch the jogabonito (the beautiful game). Regardless, Jurgen Klinsmann (that's the American's manager/coach, if you weren't aware) has made his decision and insists the inclusion of teenager Julian Green is not a replacement for the aging forward. Selection process aside, the 23-man roster for Brasil is set and there's nothing we fans can do about it now, so let's take a look at the attacking front, shall we?

Captain America Clint Dempsey is a guaranteed starter in Klinsmann's 4-4-2 formation. Predicted to start alongside him is Sunderland striker Jozy Altidore. These two up front can be lethal when they get going. Nacogdoches product and current Seattle Sounders (boo!) forward Dempsey is arguably the best player in MLS and has been on a great run of form recently, scoring eight goals in nine games for the Sounders. However, he hasn't been able to find the back of the net as of late for the international squad, scoring his last goal again Turkey back in January. I'm not worried too much about Dempsey getting his goals though; there's a reason he's captain.

To say Jozy Altidore is streaky would be, well, accurate. The big man up front has struggled (to say the least) at Sunderland this season to produce. However, in the latest friendly for the USMNT, he exploded for two goals, including one with a cheeky cutback that only a striker in-form would attempt. If there is a time to peak for Altidore, it's now.

Young blood Aron Johannsson and poacher extraordinaire Chris Wondolowski are the other two forwards listed on the final 23-man roster, though numerous midfielders are capable of producing goals as well.  Wondolowski or Wondo, as he's more commonly referred to, is a known entity. The San Jose Earthquake star generally doesn't produce his own goal scoring opportunities in the way that a False Nine like Messi would, but Wondo has an uncanny knack for being in the right place at the right time to slot in a loose ball inside the six yard box. Look for him to come if the US are in need of a goal late. Chances are, he'll get one. Johannsson likely will not see the pitch much, but he did have a stellar season with his league team, Alkmaar (Dutch), scoring 26 goals across all competitions.

The attacking front of the USMNT doesn't match, say Brasil, in terms of firepower, but they have a knack for scoring when they need to. If Altidore remains in form, we could see opposing keepers picking the ball up out of the back of the net several times. 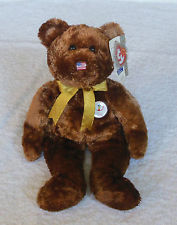