Many Bothans Died to Bring You This DBR

It's Star Wars Day, but there are also sports to write about.

Share All sharing options for: Many Bothans Died to Bring You This DBR

It's going to be a long offseason. As finals loom, all I can think about is how slowly the summer will pass. I don't even care that today celebrates the most important movie series in history and that Bryce Petty would make an ideal Jedi; I'm just so scared of the rest of the offseason.

Softball slaughtered Iowa State in Ames with an offensive explosion. The 14-6 victory clinched the series for Baylor. No. 17 Baylor softball is now 40-12, marking head coach Glenn Moore's 7th 40-win season in 14 years at the school.

Breaking news: Baylor is still good at track and field. The Baylor track and field team claimed four event titles at the Longhorn Invitational on Saturday at Mike A. Myers Stadium.

There are five game sevens in the NBA playoffs this weekend. Three were last night. The Clippers topped the Warriors, the Thunder put down a very depleted Grizzlies team, and the Pacers outlived the Hawks. Today, the Mavericks take on the Spurs and the Nets battle the Raptors. I'm pulling for the Raptors because dagnabbit, I want more dinosaurs in the playoffs.

The @Pacers, @OKCThunder & @LAClippers all advance to the Conference Semis! #Game7Saturday 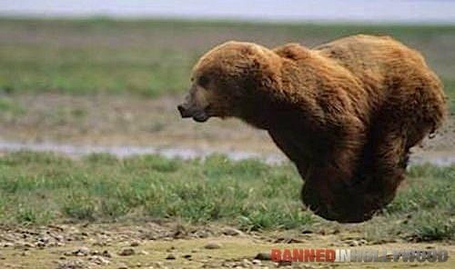 Hover Bear is here to save the day.