Today's DBR will be a massive one; there is a lot happening right now!

Although there are very few events happening right now in Baylor sports, there is plenty of news to look forward to. I attended the Women's College World Series on Thursday to see Baylor, well, yeah... Nonetheless, it was a fun trip and I'll recap the experience for you below. The Lady Bears fight to extend their season today against Florida State, so we'll have a preview of that as well. Track and Field are mostly done with their NCAA West Preliminary Rounds in Fayetteville, Arkansas. There's always football news, so y'all will get some of that, plus a few other things. Please vote in the poll I'm attaching at the end! Before we get to the sports though...

Yes, today is the birthday of Baylor's lover of laundry, waffles (with blueberries inside them), and touchdowns. Seriously, what other quarterback of his caliber is going to spend a Friday night with the nerds of the Honors College eating waffles (Many thanks to Levi Norwood who also came)? Bryce Petty is amazing, y'all, and we wish him the happiest of birthdays.

Baylor Nation. If you didn't know, it's your QB's birthday. And it's time to get verified! So wish your QB @b_petty14 a happy birthday

Use the #PettysBlueCheck hashtag to get him verified!

Softball In A Fight For Their Season

The game on Thursday was ugly. There's no two ways about it. Still, the experience was great. After all, when else is one going to see eight of the best teams in all of softball?

We left bright and early from the Metroplex, thankfully beating most of the traffic in the two metropolitan areas. Fun fact: the area just north of the border is actually quite pretty when shrouded in fog. Anyway, we got to the stadium plenty early and paid the exorbitant $20 parking fee. We, naturally, learned soon after parking from some WCWS-regulars that there was a casino just down the road that had free parking and free shuttle service. So if you're headed up to Oklahoma City for the WCWS, go park in the casino and save yourself a chunk of cash.

Since we got to the stadium complex early, we were able to relax, walk around, and take in all the sights. Capital One had a ton of events set up in the parking lot for people (well, mostly kids) to do. There was a meet-and-greet with Team USA scheduled for that afternoon, there was pitching and batting games, etc. It was kind of like Touchdown Alley at the Case, but more softball-centered, if you will.

The thing that impressed me the most pre-game was the number of Baylor fans I saw. Obviously there was going to be a sizeable chunk of Sooners (Norman is maybe 30 minutes from the stadium, if that), but I was pleasantly surprised at how many Baylor fans there were. The ones I talked to for the most part either lived in Oklahoma or drove up from DFW or Waco. All in all, I'd say there was a couple hundred of us. Add in the Okies cheering for their conference mates and we had a pretty good crowd of supporters there.

Unfortunately, everything that could have gone wrong did. A poor throw by Jordan Strickland (I believe? Might have been Sarah Smith) and a bobbled catch by Ari Hawkins turned what would have been an inning-ending double play into a three-run first for the Gators. From there, things just went from bad to worse. Whitney Canion just couldn't seem to get her stuff going and surrendered five runs (two earned). Baylor bats could provide no help against the stellar pitching of Florida's Hannah Rogers; I can't recall Baylor ever even reaching third base.

After 3.1 innings, Heather Stearns was brought in to relieve Canion. I can't speak for Coach Moore, but it really seemed like Stearns was left out to dry and was just pitching so that Canion could rest her arm for Saturday - the game was pretty much over by that point, our batters just couldn't get anything going. That being said, there were a couple of hits that were *this* close to leaving the park, including one that surely would have if not for a great save by Florida's Briana Little who nabbed the ball right as it was leaving the park. The grand slam to end the game was impressive, yet still felt like a sucker punch. Florida is a top squad and they showed it against Baylor.

All in all, it was an ugly, ugly game for the good guys. Although, after seeing Florida shut down Oregon, 4-0, I feel a bit better about the loss. Florida State, our opponent today, played Oregon in the game following the shellacking and since we had already paid to see that game, we decided to stick around. It was a good game. Oregon was in control the entire game, but the 'Noles put up a good fight, suppressing the high-flying Duck offense for a good chunk of the game. However, as Oregon got more comfortable, they opened up the game. The final score said 3-0, but Oregon was clearly the better side.

Where does that leave Baylor? The Lady Bears need to win four straight to get to the Championship Game. No big deal, right? First things first though; Florida State. The two teams face off at 11:00 today on ESPN2 or, if you prefer to listen to The Voice of the Bears, ESPN 1660 AM (preview).

Whitney Canion and USA Softball National Player of the Year Lacey Waldrop square off in a classic pitcher's dual. The Seminole pitcher boasts a 1.07 ERA to Canion's 1.44 ERA. Florida State is probably the better overall team, but if Canion is on her game and the batters can support her, I can easily see the Lady Bears pulling off the upset. I can also see FSU completely shutting down Baylor and winning by five. We'll see in a few hours!

If Baylor wins, they will play again later today against an opponent and at a time to be decided. (Wow, I'm already over 1,000 words here...)

Track and Field are in Fayetteville for the NCAA West Preliminary Rounds. The majority of events have concluded (the meet started on Thursday). Overall, the Bears have had a very successful meet thus far. Full results are in the links, but here are the highlights of those advancing to the NCAA Championships in Eugene, Oregon.

To lead things off, junior Rachel Johnson destroyed the competition in the 3,000-meter steeplechase with a time of 9:53.56. Johnson ran the fastest-ever NCAA West time for the event, beat the second place finisher by over eight seconds, and was a mere four seconds off of her school record mark set earlier in the year.

Three of three Baylor quarterfinalists in the 100-meter dash advanced. Trayvon Bromell only ran a 10.18 to earn second in his heat (I say this facetiously, of course) and automatically advanced. Everett Walker also ran a 10.18, but placed fourth in his heat and had to qualify on time.

Tiffani McReynolds ran her 100-meter dash less than an hour after the hurdles event. I don't know how many of y'all have run track before, but in my experience (ran 1600-, 2400-m in middle school), that is a very short turn around. McReynolds posted a time of 11.53, good for fifth in her heat. She had to wait for ages to find out if she was to advance. She was actually tied for the final qualifying time until the times were extended to hundredths of a second. McReynolds edged out USC's Loudia Laarman by a scant .008 seconds.

The 400-hurdles produced a qualifier in TJ Holmes, who ran a 49.90, winning his heat and automatically qualifying for Eugene. His time was fifth-fastest of the meet.

Raena Rhone, Baylor's junior captain, ran a personal best time of 52.57 in the 400 meters. The captain placed third in her heat. She was a surprise qualifier as her best time coming in was only 15th-best in the field.

On the field side of things, Brianna Richardson took fifth in the triple jump with a jump of 42-8 [13.00 m], the best mark from a Big 12 competitor.

Today, numerous athletes look to join the eight Bears already headed to the NCAA Championships. Field events begin at 10:00 and the track events begin at 6:00. Follow along @BaylorTrack. They also have videos of some of the events.

We love football, so let's have some news about it. As many of y'all have already heard, the times for the first two games in McLane Stadium (nickname pending) have been set. The Bears take on the Mustangs of SMU on Sunday, August 31 at 6:30. I would put the TV station here, but y'all need to be at this game, so the TV news is irrelevant. Powerhouse Northwestern State comes to the Texas heat on September 6th in a game that also begins at 6:30. This one will be televised on FSN (which means FSSW for those of us in Texas, I believe). The Bears will play at Buffalo on ESPN at a time to be announced.

Tickets for road games are on sale now! I don't know about you, but I'm going to try and swing the OU, Tech, and Texas games. If there is enough interest, we should definitely set up an ODB tailgate again.

Bryce Petty among NCAA's 14 "Most Freakish Athletes" according to NFL 24/7: http://t.co/NbY74vtFtP #SicEm #FreakTeam

That's composite four-star receiver/returner Reggie Hemphill out of Manvel, TX. Although the 2016 recruit does not yet have an offer from Baylor, we are atop his list at the moment (he doesn't have an offer from second-place Clemson either, or aggy, for that matter). You have to think the offers will come though as he already holds offers from the likes of OU, UT, LSU, ND, Ole Miss, Louisville, MSU, and others.

Rumour has it that there is a FanPost in the works featuring a certain defensive coordinator with a big D.

At least the rest of our conference is pretty good at baseball.

Would y'all like a preview of Baylor Fútbol? I'd love to bring more exposure to Baylor's version of The Beautiful Game, but I also don't want to put in the work if no one is interested. Vote in the poll below 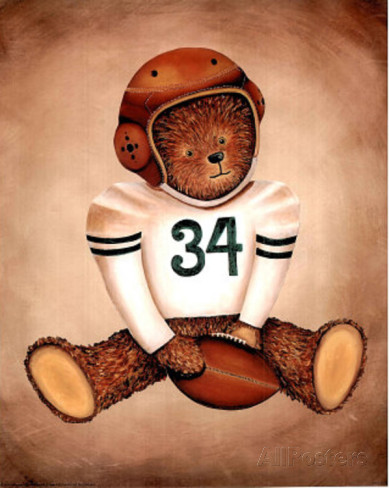