Dependable Softball turned out another slug-fest and Baseball fell on the right side of erratic as both notched wins away from the Brazos.

Share All sharing options for: Saturday DBR: Dependable and Erratic

Regular school days are over. All that stands between us students and summer is the mountainous task of finals. Sports are more fun though, let's talk about sports.

Turns out there aren't many sports going on anymore. The offseason is fast approaching, dear readers; prepare accordingly.

Baylor fell behind after giving up two runs in the third inning. A single, wild pitch, walk, sacrifice bunt, single, and sacrifice fly combined to equalize the score the very next inning. From there, solid pitching (Dillon Newman for the Bears) and unlucky chances prevented any more runs. That is, until the eight inning.

Logan Brown hit an infield single from the lead-off spot. A sac bunt from Hayden Ross saw Brown to second, and a ground out to second from Doe allowed Brown to advance to third. Adam Toth was intentionally walked and closer Ralph Garza was brought in for the Sooners.The next batter up, Matt Menard, drilled a grounder to the shortstop, whose throw to first sailed too high, allowing Brown to score. From there, closer Josh Michalec recorded six outs to earn his 17th save of the season.

The Okies and the Bears continue Baylor's last away Big 12 series of the year today at 2:00. The game will be televised on FSSW+.

Baylor and Iowa State combined for a whopping 18 runs yesterday at Cyclone Sports Complex. The Lady Bears were led by a thrilling output from senior Holly Holl. The first baseman (basewoman?) hit her sixth and seventh home runs of the season and drove in half of Baylor's runs.

The lead changed four times in as many innings; BU 0-1 ISU after the first, 4-1 after the second, 5-6 after the third, and 8-6 after the fourth. Fittingly, Holl smashed home the  three-run homer in the fourth inning to put the Lady Bears out in front for good. Clare Hosack and Jordan Strickland also hit dingers over the outfield wall, the eleventh of the season for both players. Strickland also had her ninth multi-hit game of the season with two in yesterday's outing. Linsey Hays earned her fifteenth multi-hit game of the season with her fifth such game in a row. Whitney Canion moved into sole possession of the third place spot on the Big 12's career wins list with 116.

Did you Know? Baylor set a school record with 26 home runs in Big 12 play with four yesterday at ISU? #SicEm pic.twitter.com/huz6e2aAWZ

With 60 home runs at the moment, Baylor is sitting only eight homers back of the single-season record of 68, set in 2006.

The Lady Bears look to clinch the series today at 2:00. Will all nine starers get a hit for the second game in a row?

Track & Field head down I-35 once again to compete in the final regular-season meet of the outdoor season at the Longhorn Invitational at Mike A. Myers Stadium. Both Baylor's Men's and Women's teams are ranked No. 15 in the latest USTFCCCA (that's a bloody long acronym) rankings.

The Baylor Football Preview Show will air on FSN Southwest (aka FSSW) eight times this month. The full list of showtimes is after the jump, but be sure to tune in tomorrow at 10:00 for the first preview of the month.

Yes, this happened. Yes, it sucks for all involved. I trust that the University, Briles and co, and the appropriate law enforcement will handle this as it needs to be handled. Still, it is unfortunate to see such a young talent with a bright future do this to his career.

Cool story about Briles the Younger.

Touchdown Alley at @McLaneStadium. #SicEm MT @Wacotown: Where is it headed? "@BUFootball: Turf removal has begun at Floyd Casey Stadium.

Just received 1st shipment of white unis for 2014! Can't help but get excited when unis roll in #BU2014 pic.twitter.com/TGCDS8Tjl5

It appears that the away whites will be unchanged (save the Big 12 logo) for this upcoming year. This certainly does not rule out new uniforms.

Congratulations to junior Kyle Jones on being one of ten golfers named to the 2014 All-Big 12 Men's Gold Team! Jones is the ninth Baylor player to be selected to the team in the league's 18-year history. As one might imagine, current PGA player Jimmy Walker was selected to the All-Big 12 Team four times (1998-2001). Sic 'em Kyle Jones!

In honour of the Kentucky Derby, here is a bear dressed for the occasion. 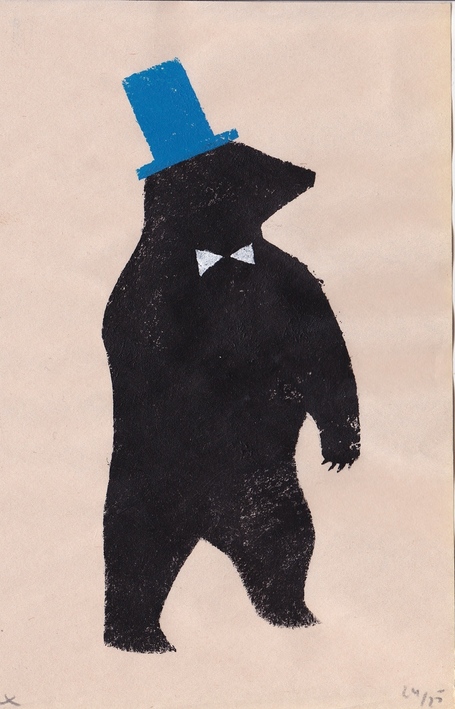