Softball defeats Georgia to claim a spot in the Women's College World Series!

Bat sports both played yesterday. One, unfortunately, fell to a familiar opponent. The other pushed past their opponent a la 2011 en route to a berth in the Women's College World Series! Honestly, I prefer this result to a Baseball win (and subsequent exclusion from post-season play) and a Softball loss. It's always a good time when a team advances deep into post-season play.

The two heavyweights traded punches through the first two-thirds of the game. After that, Baylor asserted it's dominance on a Lindsey Hays two-run homer. Whitney Canion, as usual, was a beast, throwing a whopping 169 pitches in the victory. With the 6-3 win, Canion ties Cristin Vitek's (2004) and her own (2011) single-season record of 31 wins. The finishing move came in the sixth inning when Georgia gave up three errors, leading to two Baylor runs.

The Lady Bears move on to the Women's College World Series in Oklahoma City. Their first game should be on May 29th at a time to be determined.

I suppose they had to beat us at something eventually. The game was actually tied, 1-1, going into the seventh inning, but three runs by the Frogs in the seventh and eighth put the Fort Worthers out in front for good. Baseball's season has come to a close and fan reactions are about as inconsistent as Baylor's playing. Hopefully next year will bring a winning record.

The duo of Victoria Kisialeva  and Blair Shankle earned All-American honors by advancing to the quarterfinals of the NCAA Doubles Championships, but the 35th-ranked pair could not get past the second-ranked duo of Lauren Herring and Maho Kowase from Georgia. Tennis' season is over, but both Men's and Women's teams earned two Big 12 Championships apiece. I would call that a successful season.

If you or someone you know served and you would like them to be included in a list of recognition I will be including in Monday's DBR, please let me know either here or on Twitter @DerBaylorBaer. 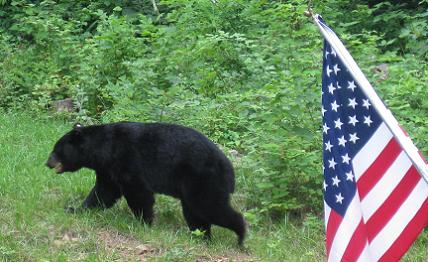