For the second day in a row, there are no Baylor sports to be had. The off-season is going to be rough.

In lieu of reporting on the sports that are happening today (because, well, there aren't any), we'll be taking a brief (have to leave something for Conner) preview of this week's upcoming baseball and softball games. To add some more meat onto this bare-bones DBR, I'll throw in some random sports happenings y'all should know about at the end. And, of course, The Daily Bear will close.

No. 7 Baylor Opens Big 12 Championship Wednesday vs. No. 2 TCU - BaylorBears.com

The good news is that Baylor isn't No. 8. The bad news is that we're facing a TCU side with one of, if not the, best pitching rotations in all of college baseball. At the weekend, Baylor put across a paltry four runs over three games against this rotation, while TCU's bats knocked in eighteen. Clearly, Baylor is up against it. However, the Bears just need one win to be free of TCU. Can they play like they did in Thursday's victory?

Softball follows in the footsteps of the Tennis teams and travels to Athens, Georgia for a match-up against the Bulldogs of Georgia. In this round of 16, the NCAA Super Regionals, teams play a best-of-three series against each other, with the winner advancing to the Women's College World Series. Last time the Lady Bears advanced to the WCWS, it was through Athens, where they took the first and third games against the Bulldogs. I'm looking forward to this Friday and Saturday.

44 Baylor student athletes and staff have landed safely, if "a little weary eyed", to minister to the people of Zambia through the medium of sports. Follow along at the link or @BU_FCA on Twitter.

Today 44 Baylor student athletes and staff are boarding American flight 80 to begin our sixth Sports Ministry Mission to Africa. This year we will be spending our two weeks in Zambia partnering with Northrise University in Ndola, doing sports ministry in Kabwe, and serving at Family Legacy orphanage in Lusaka.

We will treasure your prayers over these two weeks as we share the love of Christ through sport, testimony, and service. Thank you all for your help and support in making this possible. I don't know that anything has had a greater impact on the lives of our student athletes over the past give years. We will look forward to sharing with you each day as we seek to say "Yes!" to God and allow Him to lead, guide, stretch, and bless us!

Well bugger. Running backs are always needed in the league, so hopefully Glasc can find himself a team.

A position player pitched! Lyle Overbay pitched for the Brewer's last night. He was brought in to get the final out, and get it he did. Anyone have a GIF of this?

For all you recent graduates out there, Mack Brown has the only graduation advice you need to know.

San Antonio lit into OKC, obtains buckets. Mattisbear is jealous of the bucket-getting. 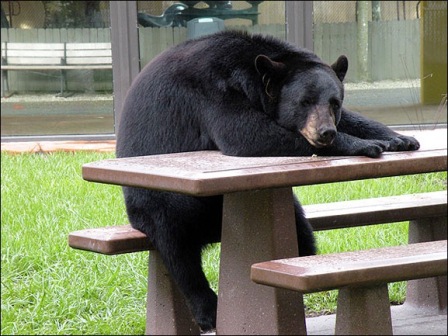 Waiting around for sports to happen.