Softball is set to host the first round of the NCAA Championships and both Tennis teams have advanced to the Sweet 16 in Athens, Georgia.

Today is the last day of finals for the students of this fine university. For those of y'all who haven't finished yet, stay strong, summer is coming.

For those of you who are reading this and never have to worry about finals again because you graduated from Baylor way back in XXXX, congratulations! Graduating means you passed all the necessary courses. If you aren't affiliated in Baylor in any way, congratulations on clicking on the link from Twitter? If that's you, welcome to ODB; we like sports, especially football. Blazin' fast, ludicrous speed football that scores lots of points. You'll like it here (unless you're an aggy).

Texas went up early with two runs in the second inning and despite Baylor leveling the score with runs in the third and the fifth, the Longhorns were able to knock in an RBI double to put a runner across in the bottom of the seventh, giving them the W. Nevertheless, Baylor learned that they are to host the first round of the NCAA Championships after posting a 42-13 regular season record.

Houston, Tulsa, and Northwestern State join the Lady Bears in the NCAA Regional First Round at Getterman Stadium.The four teams will participate in a double-elimination mini-tournament. The full schedule is in the link. Baylor will begin their tourney march on Friday, May 13, at 7:00 against Northwestern State.

Tickets blurb: Baylor season ticket holders have until 5 p.m. today to claim their season-ticket seats before the general public partakes in sales Tuesday at 8 a.m. Fans can purchase an all-tournament pass with a chair-back seat for $36. Otherwise, general admission prices are $10 or $7 for students and are good for all games on that particular day. Interested parties can contact the Baylor ticket office at 254-710-1000.

The Golden Hurricanes were no match for the Bears as the superior team dispatched the lesser with ease at the Hawkins Indoor Tennis Center. Baylor is now 22-0 at home in NCAA action and moves on the the Sweet 16 for the 15th time in program history (13th-straight).

Men's Tennis will join the Women's team in Athens, GA for the round of 16 where they will face No. 12 Illinois on Friday at 11:00 CST.

Und so weiter und so fort

That's German for "and so on and so forth" if you were curious.

SB Nation has draft grades up. The Texans' selection of Clowney clearly started them off on the right foot and helped them earn an A overall. Washington earned a C+ despite getting steals like OT Morgan Moses and RB Lache Seastrunk. The Cowboys earned themselves a B rating with a defensive-heavy draft. Other teams with former Baylor players: Browns - B-, Bills - C+, Titans - B+, Packers - A, Chargers - B+. I'm sure I missed one, so correct me in the comments.

Speaking of former Baylor players... Josh Gordon could be suspended for 2014, per report.

A way-too-early 2015 mock draft has been drafted (pun intended) by the gents of SBN. They have Bryce going seventh to the Buccaneers. I'd, uh...prefer somewhere else for him, to be honest. 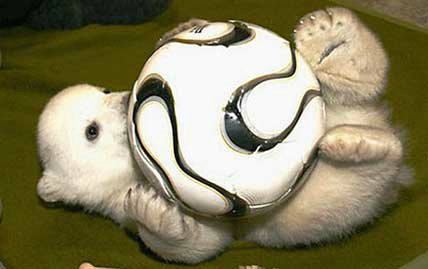