It's Our Daily Bears Unique Name Appreciation Day as Baylor gets a verbal commitment from one of the best-named basketball players in the class of 2015.

Yesterday was headlined by the commitment of Dallas guard King McLure. McLure is listed as the No. 40 overall basketball recruit in the 2015 class. He is listed as a shooting guard, but at 6'3 and roughly 200 pounds, he is capable of driving on the goal. His highlights also reveal an excellent midrange game. McLure is a natural offensive producer who provides a great foundation for Scott Drew's 2015 recruiting class. He was won over during an in-home visit the weekend before Easter, according to a free piece from Bearstruth.

Baseball is just hapless. The team that won a series against Cal State Fullerton can't seem to get a winning streak going, falling to Sam Houston State at home in a 2-4 decision. The team is now 19-26 on the year. They will seek a win against A&M Corpus tomorrow at 6:30 in Waco before heading off to Norman this weekend.

Men's Tennis Hosting NCAA First and Second Rounds - For the 10th time in the last 12 years, the sixth-ranked Baylor men's tennis team will host first and second round action of the NCAA Tennis Championship. The women will do the same. 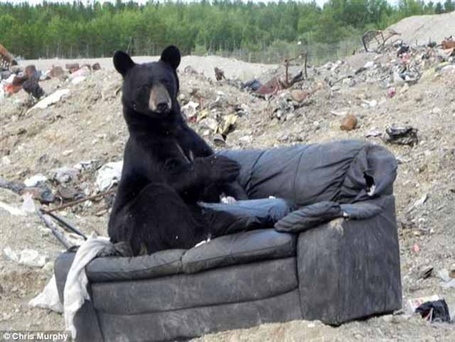 Is it not magnificent?

A reminder that Midnight Waffles are a ConnerSaurusRex-created institution.

Discussion topic: if you were to create a superhero squad of four Baylor athletes, and could only pick them based on the ridiculousness (or awesomeness) of their name, who would you choose? Current Baylor recruits are viable answer choices. Take this time to come to terms with the idea that in two years' time, there will be a King, a Prince, and a President on Baylor's fields and courts at the same time.