Today is a pretty slow news day, though we do get a Softball and Baseball game this evening!

The penultimate day in April is always enjoyable; y'all will have to figure out why. Moving on, Baylor Softball and Baseball spielen heute und play today. Fun fact: if you're writing the DBR and watching Frozen in German, you might just start writing in German.

Baylor will attempt to rebound from their disappointing weekend when they host Sam Houston State tonight at 6:30. The Bearkats hold a solid 30-14 record on the season and they defeated the Bears earlier this month in Huntsville. RHP Drew Tolson will match up against SHSU's RHP Dylan Ebbs. Ebbs has an advantage in ERA (1.71 to Tolson's 4.96) and the Bearkats are very likely the better outfit. Still, this is college baseball and anything can happen. Go get that win, Bears!

Baylor baseball will retire former All-American pitcher and hitter Jason Jennings' jersey pre-game Saturday, May 17. The first 1,000 fans will receive a Jason Jennings jersey pennant. You can read more about Jennings' stats after the jump.

No preview of the softball game is up...yet.

Baylor Softball welcomes the Mean Green of North Texas to Getterman Stadium at 6:00 tonight. The Mean Green are currently on a four-game losing streak, dropping games to Oklahoma and Florida International. North Texas cannot be taken lightly; they have a 28-19 record on the year, so they certainly know how to win. One would think Baylor will be able to pick up the victory.

According to Lariat Sports Writer Shehan Jeyarajah, 4/5 star recruit King McClure is set to declare today (here's another source). According the 247's Crystal Ball, the Point Guard from Triple A Academy in Dallas is leaning 74% Baylor with Kansas making up the rest.

One has to think McClure would be a huge signing for Scott Drew. I don't know enough about basketball recruiting to say something definitive, so maybe y'all can help me out in the comments.

Baylor, under head coach Jay Goble, will be making its third NCAA Regional appearance in as many seasons. The ladies will be traveling to Florida State for the East Regional. The tournament last from May 8-10.

Men's selection show will run from 4-4:30 p.m., followed by women's from 4:30-5 p.m. today in the Stone Room in the Ferrell Center. Naturally, the event is free and open to all.

The Spurs beat the Mavs last night. It was all Tony Romo's fault.

Or maybe the dude on the right caused the problems. 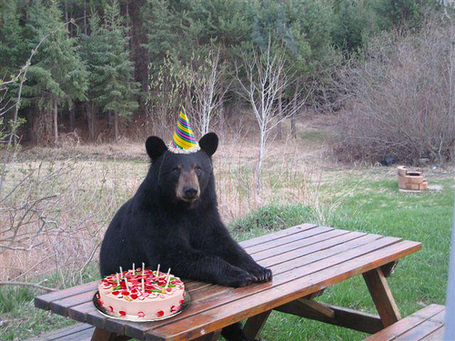