Monday DBR: Get Out Your Brooms

Both Men's and Women's sweeped their respective Big 12 Regular Season AND Tournament Championships!

Share All sharing options for: Monday DBR: Get Out Your Brooms

Forget all that other sports baloney, Baylor won two more titles yesterday! The Tennis teams' trophy cases are literally overflowing! No seriously, I think they are actually maxed out.

No Baylor sports this fine Monday (pretty sure that's an oxymoron, by the way), so let's recap yesterday festivities.

Our Tennis teams are exceptional. There's no two ways about it.

That's two each for Men's and Women's Tennis and Women's Basketball and one for Football. Not bad so the second-smallest school in the conference.

Decked out in tennis ball/Baylor MBB neon, the Men's Tennis team battled to a 3-3 draw through the first six matches. The title hopes rested on 16th-ranked senior Patrick Pradella who was up against sixth-ranked Axel Alvarez Llamas of Oklahoma. The third and final set between the two tennis maestros lasted a whopping 28 minutes and featured 11 deuces. For those unaware of tennis terminology, that basically means the two players were going back-and-forth for a very long time. On his sixth match point, Pradella smashed a serve home for the ace and the Big 12 Championship. He earned the Big 12 Most Outstanding Player honor for his heroics.

On the Women's side, Baylor did as they normally did and claimed the doubles point. From there, junior Ema Burgic led the charge, besting Megan McCray in stellar fashion; Burgic came from down 5-2 to win the first set in the tiebreaker. Following the victory, Burgic was a perfect 3-0 and 1-0 in singles and doubles matches, respectively. For this feat, she was named the event's Most Outstanding Player.

Congratulations to coaches Joey Scrivano and Matt Knoll on the outstanding job they have done with their programs!

Up next for the Tennis teams is the NCAA selection show, occurring tomorrow. More on that later.

This score is the softball equivalent of a Baylor-Kansas football game. Senior Holly Holl started things off on Senior Day with a two-run homer and the Lady Bears never looked back. Fellow senior Liz Paul, who normally is a relief pitcher but was started in left field yesterday, also hit one over the wall. Senior Whitney Canion threw yet another shutout, her 39th. Congratulations to these four amazing seniors!

Women's Golf jumped three spots in the final round while the Men held fast at sixth. Both teams look to carry on in the NCAA Tournament. 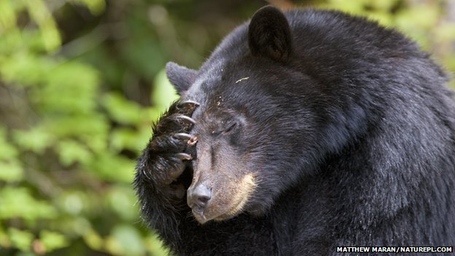