Share All sharing options for: Sunday DBR: Sports Are Fun

The month of April and the spring semester are drawing to an end, but in classic college fashion, everything is happening at the end of the semester. How are out playoff teams doing?

Baylor's tennis teams dominate because they are destroyers of neon fuzzy things.

Beat Okie aggy. Advance to championship final. Excellently done Baylor Men's Tennis. The pairings of Michel Dornbusch and Julian Lenz and Diego Galeano and Tony Lupieri clinched the doubles points, giving Baylor an early 2-0 lead. Two more singles points and the Bears took home the win. In the finals, No. 6 Baylor will face national powerhouse No. 3 Oklahoma, who has beaten Baylor the last three times out.  At 1:00 we shall see if Baylor can halt the trend.

Baylor Women's Tennis wins again. Yeah, they're really good at this tennis thing. The Lady Bears take No. 25 Oklahoma State today at 1:00. They beat the Cowgirls 5-2 earlier this year.

Baylor Men's Golf moved up to sixth place following a 4-over-par outing yesterday. Leader Texas Tech is a full 25 strokes ahead of Baylor at +2. The final round is today will be an opportunity for the Bears to hopefully advance their standings.

Baylor Acrobatics & Tumbling fell to top-ranked and three-time national champion Oregon, 285.600-280.295. Freshman Kiara Nowlin posted a perfect 10.00 in the 6 Element heat of the Tumbling Even and freshman Kaeyln Cowan put up a 9.9 in tumbling event. Head coach LaPrise Harris-Williams had high praise for her team and for her seniors. Until next year, ladies.

Nothing to see here...

The final game of the series is today at 1:00. Can Baylor get some runs this outing?

Lindsey Hays hit a dinger on the tenth pitch of her at bat in the bottom of the seventh to give Baylor Softball the walk-off win, their fourth straight Big 12 win. Today's game at noon will be Senior Day where the Lady Bears will honor Whitney Canion, Liz Paul, Holly Holl, and Clare Hosack for their excellent work during their time here at Baylor.

Chelsea currently have a next-to-nothing chance of winning the title, but this was fun.

Man City are riding a 2-0 lead against Crystal Palace, making the chase for the title a three horse race again. These next few weeks will be fun.

Portland are my favourite team and Houston are my third-favourite. Welp. (FC Dallas is second, by the way).

The Houston Rockets look to even the series at Portland tonight at 8:30.

That's what you need to know from last night's Mavs-Spurs game. If you need more, head on over to Mavs Moneyball. Dallas is now up on the Spurs, 2-1, in the series, something few expected.

It's #RallyBelly time for the Stars. They must beat the Ducks to keep their season alive and force a Game 7 back in Anaheim.

Everything goes down at 7:00. Crush the Ducks. 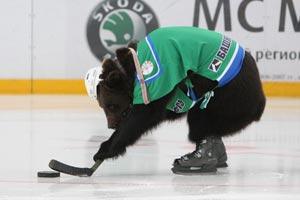