Today, the quest continues for the greatest chip and dip holder in all the NCAA (oh come on, you know you were thinking it). Men's and Women's Tennis and Golf are all competing in their respective  Big 12 Championship tournaments; Acrobatics and Tumbling are also competing in their end-of-season tournament, the NCATA Championships. We compete. We win.

Playoffs?! You wanna talk about playoffs?!

Semifinals here we come! The No. 68 Kansas Jayhawks were no match more the mighty No. 14 Lady Bears. The story of the match came when doubles partners Victoria Kisialeva and Jordaan Sanford snapped their three-match losing streak with an 8-2 win over the 'Hawks doubles team. Baylor is a perfect - when winning the doubles point this year.

The Lady Bears take on Tech Texas, whom they beat 6-1 earlier in the year, in the semi-finals today at 3:00. Those of you in the Fort Worth can head over to the Bayard H. Friedman Tennis Center on the TCU campus to watch both the Men's and Women's teams play.

The Men's team takes on Okie Lite today at 12:00. Not sure why there's no preview up, but given that Baylor is the number one seed, they are certainly favored in this match.

That's not the start they wanted at Whispering Pines... However, the Bears are only seven shots back (a manageable deficit in a team tournament like this) of third place. Let's home today's round goes much better.

Baylor Women's Golf did not have their A-game going yesterday at the UT Golf Club. They are sitting in fourth at the moment, which isn't a terrible place to be, but they'd surely like to improve that number during today's round, which kicks off at 8:50.

Baylor Acrobatics & Tumbling cruised past Fairmont State, 276.920-267.170 to advance to the semifinals of the NCATA National Championships for the third time in the last four seasons. Baylor face top-ranked Oregon today at 12:00. Can they pull off the miracle?

One team took it, one team didn't.

No. 14 SB Starts KU Series Off on Right Foot with 7-0 Win - BaylorBears.com

Whitney Canion and reliever Liz Paul pitched lights-out and Jordan Stickland and Robin Landrith provided the bats as the Lady Bears crushed the Jayhawks, 7-0. With the win, Canion moves into a fourth-place tie with UT's Blair Luna on the Big 12 career list for wins. Kaitlyn Thumann also extended her hitting streak to nine games with another double; she is now tenth on Baylor's list for career doubles.

The second game with Kansas begins today at 3:00 over at Getterman. The game will also be broadcast on FSSW and the city of West will be recognized during "West Day".

Kansas got the better of this pitcher's deul between Kansas' Jordan Piche' and Baylor's Brad Kuntz. Reliever Josh Michalec hit Aaron Hernandez with a pitch in the ninth, and a couple of minutes later, tried to pick-off the player at second, but his throw was wide right, allowing Hernandez to reach third. A single by Eldredge would drive in the winning run.

Baylor's bats were frustrated the entire game by Kansas pitching, but they also didn't capitalize on the few opportunities they had, leaving three runners on base. These games happen. Get 'em today at 3:00, Bears.

Hurdlers Tiffani McReynolds and Bryce Grace led Baylor Track and Field by qualifying for their respective event's finals. Trayvon Bromell and Everett Walker made the finals of the 100 meter dash, as did many of the relay teams. The men's and women's 4x400, women's 4x800, and the men's 4x100 relay teams all advanced. Events run all day today, so be sure to follow @BaylorTrack for the latest updates.

Apparently, according to some people on this blog (mattisbear), Conner and I have been showing a DFW/FWD bias in this section of the DBR. So today, I'll lead off with the Houston section (also it's the only good news of this section...)

It seems one Troy Daniels was instrumental in winning this overtime playoff game that I didn't watch because hockey. The Rockets are now down just one game, 1-2, to the Portland Trailblazers. Interestingly, neither team has won at home yet in this series. Game 4 is tomorrow.

The game was tied, 5-5, going into the ninth. Then the A's hit the 'Stros like a cruise missile (I think Conner might be the only one who will get that reference, but oh well), piling on seven runs. Can't win when you leave 20 runners on base, Astros (I really hope that's a type. If not...). The teams will play again tonight at 6:10.

The Houston Dynamo host the win-less Portland Timbers. The Dynamo are coming off a midweek 4-0 loss to the Red Bulls of New York. The Timbers, meanwhile, have been playing football nowhere near the quality of the Porterball they played last year. Both teams desperately need a win to get their season back on track. The game is tomorrow at 2:00 at BBVA Compass Stadium.

Now, onto the Metroplex sports.

14-9 - Rangers leave so many men on base, gain one in loss column - Lone Star Ball

Rangers were down one with the bases loaded and two outs to give. They hit into a double play. Welp. Doesn't help when you strand 17 runners. That's 37 men left on base between the two Texas sides. Can't do that and expect to win. Rangers and Mariners will go at it again at 8:10 tonight. West Coast start times are the worst.

League-leading FC Dallas head to DC to take on the winners of four in a row, DC United.

Finally, your Dallas-San Antonio/North-South match-up for the weekend. The Hoops have not fared well at RFK Stadium, so a draw would be a good outcome for tonight's game. Obviously, a win and three points would be the best, but I think most FC Dallas fans would be satisfied with a draw. Check it out tonight at 6:00.

The Dallas Mavericks and the San Antonio Spurs face off in Game 3 today at 3:30 at the AAC. Mav's Moneyball has your Dallas-centric preview and Pounding The Rock has your San-An version here. 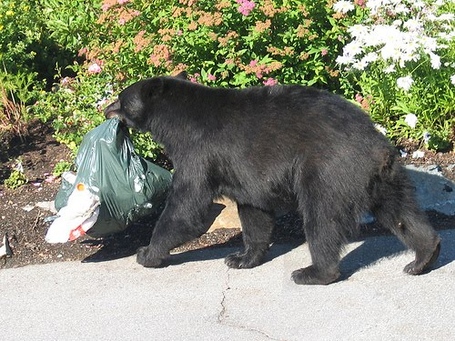 Today's Daily Bear reminds you to be responsible and take your trash out.