Denizens of Dallas/Arlington/Fort Worth and surrounding communities are rejoicing after a dominant night by their local pro teams.ad

Share All sharing options for: Thursday Daily Bears Report: Hail to the Metroplex

This week, it seems like softball and baseball can't pull off wins on the same day.

Still, despite baseball's inability to get a winning streak going, closer Josh Michalec is turning heads nationally, landing himself on the watch list for Stopper of the Year. When the Bears manage to get ahead and Michalec comes in, there's a pretty good chance that a comeback effort on the part of the opponent will go nowhere fast.

Elsewhere in the Baylor Athletic Department...

Track and Field added another talent to the roster yesterday with the signing of sprinter Malik Wilson. Wilson, a Brenham High School product, holds the second and third best times nationally at the high school level in the 100m and 200m respectively, and competes on Brenham's 4x100 and 4x200 relay teams. He will join Trayvon Bromell and an extremely gifted group of sprinters at Baylor's new track and field facility next semester.

A&T Prepares for National Championships - Baylor Acrobatics and Tumbling (2-5) will hit the road for the last time this season to compete in the individual and team NCATA National Championships April 24-26 in Azusa, Calif. There aren't that many A&T programs in the nation, since it's an extremely young sport at the college level. All the best, ladies!

A very depleted volleyball team went 2-1 in spring play last weekend in Dallas. The squad is without many of its top players, who are either recovering from fall injuries, waiting for their eligibility to commence after transferring, or competing with track and field.

North Texas has plenty to smile about after the Dallas Mavericks, Dallas Stars, and Texas Rangers all won last night. It also helps that the Cowboys didn't lose.

The Rockets and Spurs weren't as lucky. Nothing to see here. 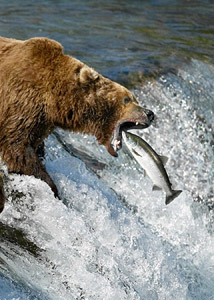