Baylor Women's Tennis defeated Texas to become the undisputed Big 12 Champions; this is the third time this year a Baylor side has beaten the Horns to win the Big 12 Championship! Baylor is also hosting the Michael Johnson Dr Pepper Classic today at the Hart-Patterson Track Complex.

Share All sharing options for: Saturday DBR: Thrice Is Nice

Women's Tennis Scratches Out 4-3 Victory at No. 20 Texas - BaylorBears.com

It came down to a tiebreaker in the final game between Baylor's freshman Blair Shankle and UT's Neda Koprcina, but the ursine player was able to take the set, 7-6(5) to bring home the trophy for the Lady Bears. Baylor went a perfect 9-0 en route to yet another Big 12 Regular Season Championship under head coach Joey Scrivano.

Coach Joey Scrivano on freshman Blair Shankle closing out the Bears' 4-3 win by winning a third-set tiebreaker: "Yeah, she's tough as nails. She just competes so darned hard that, yeah, that's who you want. You want someone who competes hard and never gives up. This match was a roller-coaster, and she just kept her composure and had great poise. She was just tough."

The player of the game is an easy choice. Jordan Strickland's two-homer, seven RBI outing was nothing short of outstanding. One of Strickland's home runs came with the bases loaded; her second grand slam of the season.

The rubber match is tomorrow at noon. Hopefully the ladies can return to their families for Easter with a series victory in hand.

Baylor fought all the way but was unable to squeeze out of a jam in the 8th with game tied 4-4. pic.twitter.com/0UHrENvvVw

Is it possible to win on the road?

"The team fought extremely hard today and I was proud of their effort. I thought our western team came up big today, and like it has happened all season, we just seemed to catch bad breaks in the very close decisions. I’m proud of the seniors and their contribution to our program." - Head coach Ellen White

Baylor Track and Field hosts their yearly track competition tomorrow at the Hart-Patterson Track Complex. Tickets are $5 for all, so if you're in Waco, head on over and watch some of Baylor's fastest athletes compete!

The Texas Rangers opened up a can of whoop-ass on the Chicago White Sox, crushing them, 12-0.

The Dallas Stars looked the better team last, but Anaheim capitalized on turnovers and the Ducks won, 3-2. I'll be at the game Monday night, so let's hope the Stars come to play!

It's not final as of this writing, but the Astros probably lost to the A's... They do have one of the best logos in baseball though.

Houston Dynamo play at the Philadelphia Union at 3:00.

Chelsea play Sunderland at 11:30. The Blues need to win to remain in the title race. Liverpool play tomorrow at 6:00 against Norwich City.

That (Those?) is (are?) massive! Then again, what do you expect from the son of TGCAB? 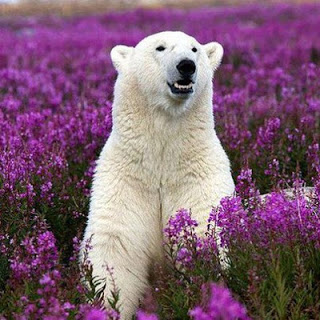