Coming to a tournament near you!

Share All sharing options for: Tuesday DBR: The Sims and Davis Show

Guess who spent fifteen hours from the time he left his room to the time he got back to his room doing school stuff? Your early-week morning blogger, that's who! Needless to say, I was far too busy to go to the Lady Bears game last night, as much as I would have liked to. Oh well, enough about me, let's get to some sports!

Baylor put up a Big 12 record 53 points in the first half. Then Oklahoma came back and scored 58 in the second half. Despite the Lady Bears being up 32 at one point, the Okies managed to rapidly cut the led down to 5. Like I mentioned before, I wasn't able to catch this game. Does someone mind recapping what exactly caused the lead to fall like that?

Regardless, the Lady Bears still won. Odyssey Sims and Nina Davis scored a combined 66 points as both put on an excellent show. Obviously, I'm a bit biased, but there is no way Sims should not win National Player of the Year. Davis has to be a serious contender for Freshman of the Year too.

Baylor's Odyssey Sims is the 3rd women's player in Big 12 history to score 2,000 points and hand out 600 assists in her career.

Baylor welcomes second-place West Virginia this Sunday. Assuming WVU takes care of Tech on Wednesday, this game will have a major impact on the Big 12 Championship race. Currently, Baylor lead with a 15-1 conference record and the Mountaineers sit in second with a record of 13-2. On Sunday, the respective records should be 15-1 and 14-2. Both the Lady Bears and the 'Eers have winnable games following this one, so a Baylor win Sunday could all but wrap up another Big 12 title for Coach Mulkey.

This is Two Sleeve's third such honor, tying him with LaceDarius Dunn for the school record. He's also just four points shy of 1,000.

Baylor will play at Texas tomorrow. Texas routed the Bears in Waco, but this Baylor team (and this Texas team) are completely different teams from their January versions. Hopefully, the Bears can continue their winning ways.

Baylor will face Incarnate Word and Texas A&M Corpus Christi on Tuesday and Wednesday, respectively. Both games begin at 6:30. Baseball will look to continue its winning ways against two struggling teams. Personally, I hope they crush Corpus aggy because beating aggy, even their minor affiliates, is oh so sweet. On a semi-related note, I found this. 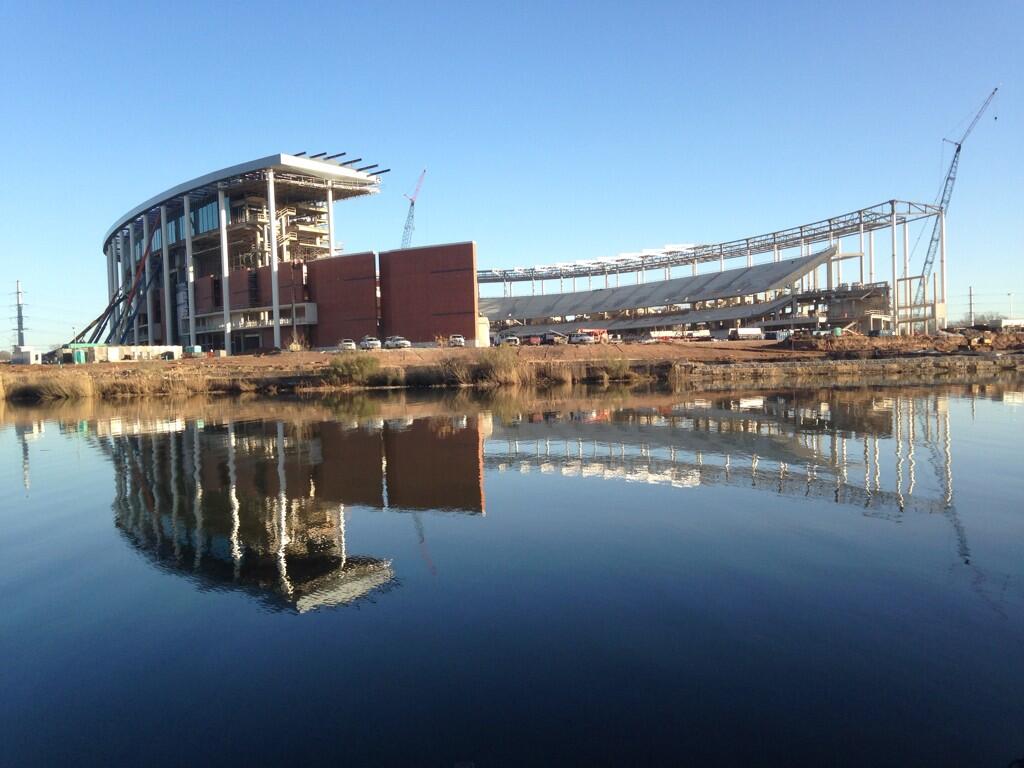 IS COLLEGE FOOTBALL A JOB?

The importance of laughing at Vladimir Putin

The Internet's most (in)famous ruler got his Games. Now what?

The NFL Animal Combine: Which non-humans would put up big numbers?

Read this for the video at the end. Well, and the rest of the article. But that video.

331-pound Louis Nix fell over during the broad jump

Winter Olympics 2014: The most unforgettable stories of the Sochi Games

Curling pants were worn, Johnny Weir was fierce, and the Dutch skated (literal) circles around their opponents.

Want an outlet to cheer for Team USA, but the Olympics ending has you lost and confused? Never fear, the World Cup is coming!

The Rise and Rise of Eden Hazard

I haven't found this time to read this just yet, but I've heard it is an excellent read. Those of you who are Chelsea fans (or are fans of teams Chelsea have played) have probably heard of the young Belgian superstar, but if for no other reason, read this for the top-notch layout the article has.